The Bharatiya Janata Party has announced 57 of the 294 candidates for the West Bengal assembly elections 2021. 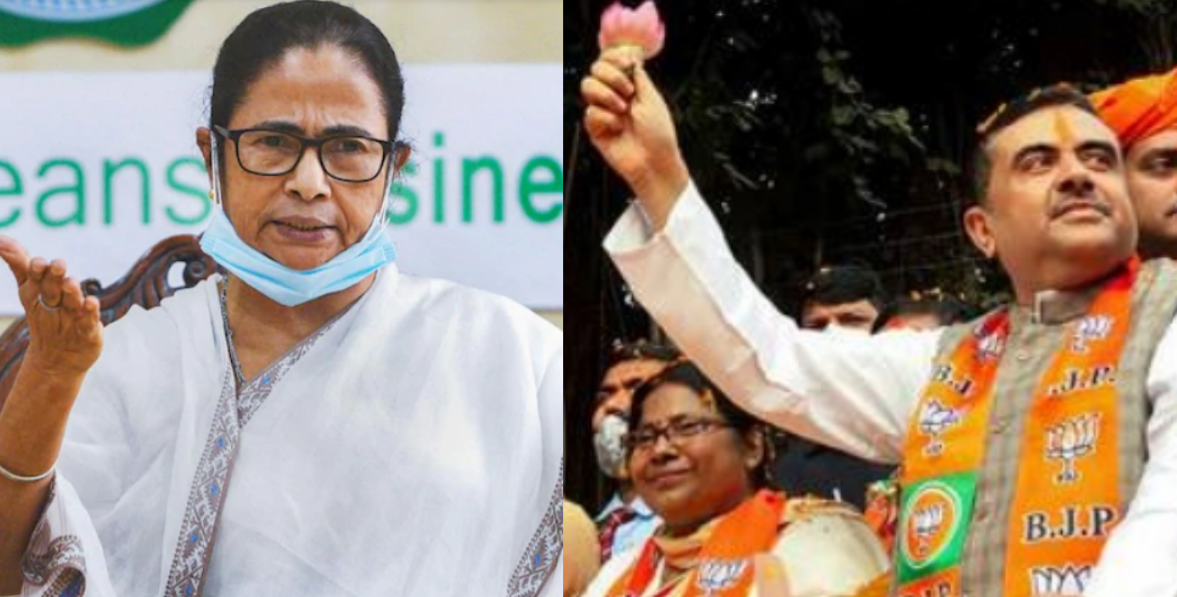 The Bharatiya Janata Party (BJP) on Saturday evening announced 57 of the 294 candidates for the West Bengal assembly elections 2021. The biggest takeaway is Trinamool Congress (TMC) supremo Mamata Banerjee’s former lieutenant Suvendu Adhikari, who is now in BJP, will contest from the much talked about seat Nandigram against the incumbent chief minister.

The TMC supremo, fighting one of her toughest elections, will contest only from the Nandigram seat. Adhikari’s announcement of contesting from Nandigram will be the biggest attraction of the upcoming election.

Speaking at the presser, BJP general secretary Arun Singh said, “There is a wave of change in the state against the dictator rule of Mamata Banerjee.”

“The BJP has announced Shri Suvendu Adhikari as its candidate from Nandigram. Mamata Banerjee will soon join the inglorious list of incumbent chief ministers to lose their own elections. Let the drums roll,” the BJP’s West Bengal co-incharge Amit Malviya said in a tweet.

After Banerjee’s candidature was formally announced on Saturday, Adhikari mocked her and said she is “running away from her long-held Bhawanipore seat in fear of defeat. In Nandigram, I will defeat her with thrice the margin”. He even called the Trinamool chief an “outsider”  and said people of Nandigram won’t accept her.

Watch: Why Mamata Banerjee May Not Score a Hat-Trick in the West Bengal Assembly Polls

Speaking to a Bengali news channel, Adhikari’s father Sisir Adhikari, who is a TMC MP, said: “Mamata shouldn’t have contested from here. She will be defeated by my son by a margin that they (TMC) wouldn’t ever imagine.”

Former IPS officer Bharti Ghosh, who was inducted into the party before the 2019 Lok Sabha election, will contest from Debra assembly segment of West Medinipur district against another ex-IPS officer Humayun Kabir, fielded by TMC.

Two sitting MLAs and one ex-minister who defected to BJP after Adhikari exited from Trinamool did not find their place in the BJP candidates’ list. Ashok Dinda (former CPI(M) MLA from Tamluk), Banasri Maity (former TMC MLA from Kanthi South) and Shyama Prasad Mukherjee (former TMC MLA from Bishnupur).

However, former CPI(M) MLA from Haldia, and former Congress MLA from Purulia Sudip Mukherjee, who defected to BJP along with Adhikari found a place in their nomination list.

Political analyst Biswanath Chakraborty told The Wire, “BJP just announced 57 candidates. There is nothing special in this. The list is on the expected line. Like always, the party has only focused on the winnability of the candidates. Hence, not given nominations to three defected MLAs.”

Another interesting nomination is from the Patashpur seat where BJP has fielded former professor of Indian Institute of Management (IIM) Calcutta, Ambujaksha Mahanti. Earlier, Mahanti contested for the party in 2019 Lok Sabha election from Tamluk constituency but was defeated by Adhikari’s younger brother Dibyendu Adhikari.

The saffron party has given nomination to Indian cricketer Ashok Dinda from Moyna seat in East Medinipur district. BJP has left out the Baghmundi seat in Purulia district to its ally, All Jharkhand Students Union (AJSU).

While the BJP has announced candidates for seats, which goes to poll in the first two phases, the party is yet to announce the candidate in Kashipur assembly in Purulia district and Barjora assembly in Bankura district because of local infighting.

On Friday, TMC announced candidates for all the 291 seats the party is going to contest from Bengal. The party has done a major reshuffling by not giving nominations to 64 sitting MLAs including five ministers. Also, the party has given added emphasis to Dalits and Adivasis as TMC fielded more SC (68 seats reserved), ST (16 seats reserved) candidates than what was reserved for the category.

‘Caste’ – a major factor this time

A closer look at the candidate lists will tell that both TMC and BJP have given caste a significant importance in this election. Both the parties have fielded candidates from dominant castes like Mahato, Murumu, Bauri, Tudu from constituencies like Keshiary, Nayagram, Gopiballavpur, Raghunathpur, Saltora etc. This is arguably for the first time Bengal election is witnessing high-level identity politics by both these parties.

The forthcoming assembly elections in West Bengal is being touted to be the most awaited as it will see a tough contest between the BJP and the ruling TMC. The BJP has plugged its full battery of star campaigners including Prime Minister Narendra Modi, home minister Amit Shah, party chief J.P. Nadda, along with several Union cabinet ministers and BJP chief ministers from other states.

Interestingly, when BJP gave the clarion call to remake Bengal to bring back its glory (Sonar Bangla) the nomination list shared with the press was written only in Hindi and English – but no Bangla.