While Mamata Banerjee appeared to be content and confident, anger over the selection of candidates spilled onto the streets. 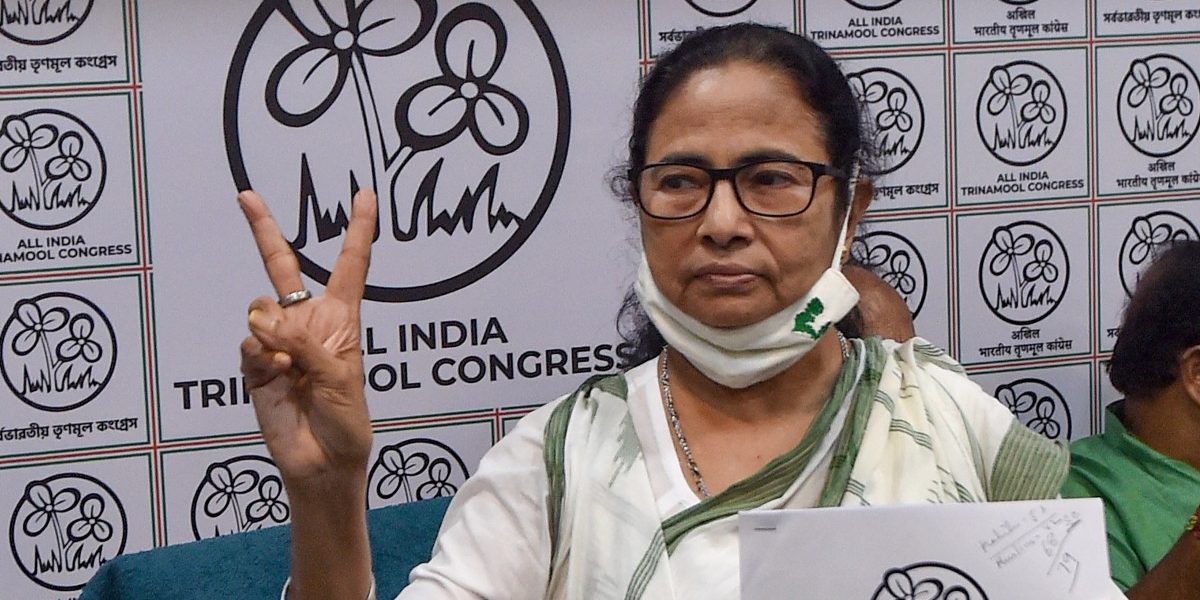 Supporters of local Trinamool strongman Arabul Islam blocked roads by torching wooden chairs and car tyres in front of the TMC party office at Natunhat after Islam was not given a ticket from Bhangar in South 24 Parganas. The office looked dilapidated with torn party flags lying scattered around. In a Facebook post, the former MLA said that the party no longer needed him.

“I have protected the party, giving my everything for so many years. I have been with Didi since her Youth Congress days. There are thousands of supporters who have assembled in front of my home. I will do as they want me to do,” said Islam, speaking to journalists.

Islam, once Mamata’s close confidante, has had a topsy-turvy relationship with the party. In 2014, he was expelled by the party after two TMC workers died due to infighting in Bhangar. He was reinstated months before the 2016 assembly polls, but was not given a ticket. As Abdur Razzak Mollah became the Trinamool MLA, Bhangar continued to simmer in tension resulting from TMC’s faction feud. On Friday, Mamata named Dr Rezaul Karim, a physician with a clean image and former CPI(M) leader, as the party’s candidate from Bhangar.

Similar scenes unfolded in North 24 Pargana’s Amdanga, 35 km from Kolkata, where supporters of two-time MLA Rafiqur Rahman blocked NH 34 in protest after Rahman was denied a ticket. The agitation lasted for over two hours and traffic on the all-important national highway grinding to a complete stop. Tempers flared when central security forces reached the spot in the evening and tried to lift the blockade. However, a group of close to 60 men kept raising slogans in support of Rahman with TMC flags in hand.

Rahman is among 27 sitting MLAs – including four-time TMC MLA from Satgachia in South 24 Parganas, Sonali Guha – who have been dropped by the Mamata Banerjee-led party from the candidate list this time.

Guha broke down on live television on Friday evening as she was asked about being denied a ticket. Guha, who was once a member of Mamata’s innermost circle, was rejected this time in favour of Mohan Chandra Naskar. Guha sobbed inconsolably as she said, “I only wish good sense dawns upon Mamata.” While announcing the candidate list, Mamata said, “We could not give a ticket to Sonali as she is not well. She has high sugar.” 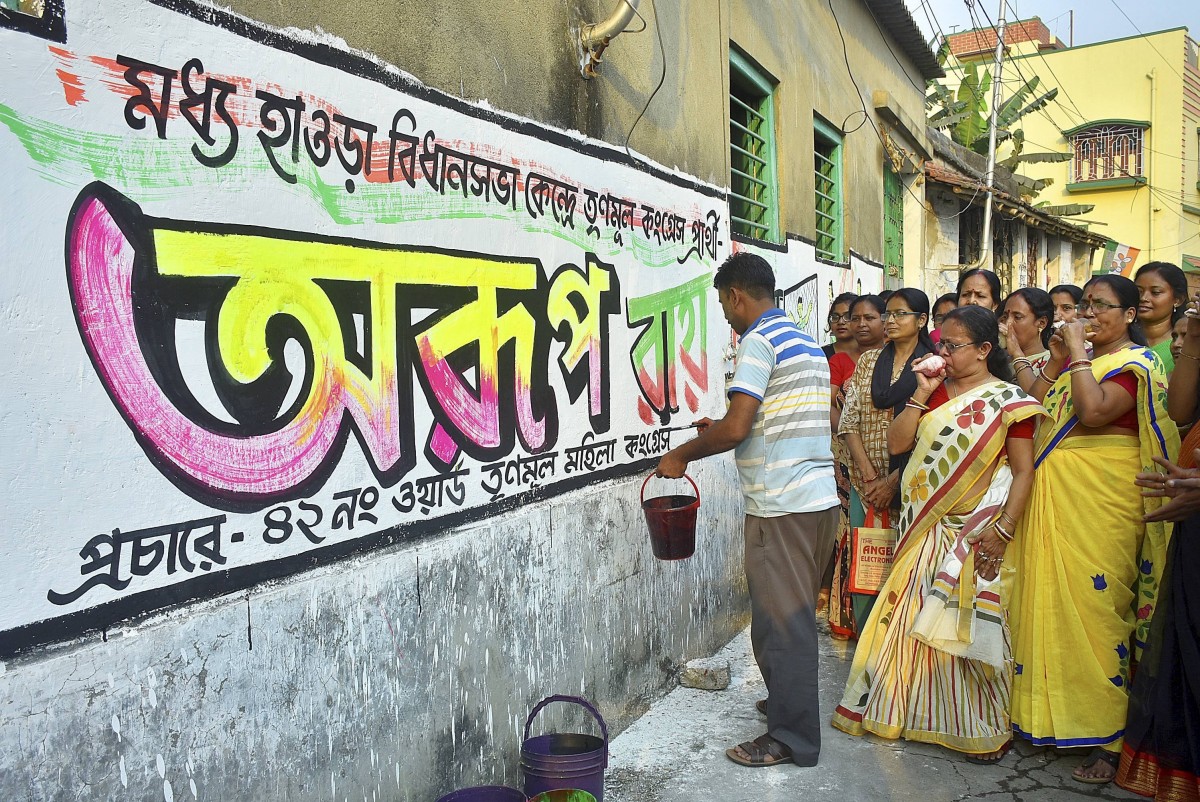 A TMC supporter paints a wall to campaign for the party ahead of Assembly polls, in Howrah, Friday, March 5, 2021. Photo: PTI

According to sources, a section of party supporters in Siliguri too was miffed by the selection of professor Omprakash Mishra, an ‘outsider’ as their candidate. Mishra, a professor of international relations at Jadavpur University joined TMC in 2019 after a long stint with the Congress.

Mamata at her jovial best

Earlier in the day, however, TMC supremo Mamata Banerjee was in a jovial mood while she read out the names of almost all the candidates herself, flanked by senior leaders Partha Chatterjee, Subrata Mukherjee, Subrata Bakshi, Firhad Hakim and others at her Kalighat office. Not for once did she lose her temper and, was in a genial mood, as she answered questions from journalists.

Asked if the coming election would be the most crucial of her life, she said it was not. Using the recently coined party slogan, she said, “Khela hobe, Dekha hobe, Jeta hobe (The game is on, we shall see, we shall win).” She then translated it in her inimitable Hindi style, “Hum khelenge, dekhenge, jeetenge.”

“On May 2, we shall smile, you do so too. This is a smiley election,” she added. Banerjee was positively confident while stating the names of celebrities from various fields who had joined the party. Announcing the name of the mercurial Madan Mitra, Mamata quipped, “he is famous, a friend of all of you.”

She had an impish smile on her face when asked the name of the candidate from the Behala East constituency. “Famous candidate, Ratna Chatterjee,” she said. Ratna Chatterjee is the estranged wife of former TMC minister and Kolkata mayor Sobhan Chatterjee, now a BJP leader.

When a journalist asked what her message would be to her rival in Nandigram, Mamata’s response elicited an outburst of laughter. She said, “Not only to any one candidate, I wish all the candidates in all 294 seats well. May they live for 200 years. May they eat well, grow healthy and handsome. And may I grow leaner.” Answering another question on the eight-phase elections, she said, “Ask them to conduct the polls in 294 phases. I don’t care.”

Her personal rapport with several journalists was on display as well as she called many of them by their first names. The presser ended with Mamata showing the victory sign. In what has already turned into a vitriolic election campaign full of bitter attacks, such geniality was a welcome relief.