The 36-year-old MP, the youngest minister in the Narendra Modi government, won't be contesting it himself, but it's his home turf that is at stake. 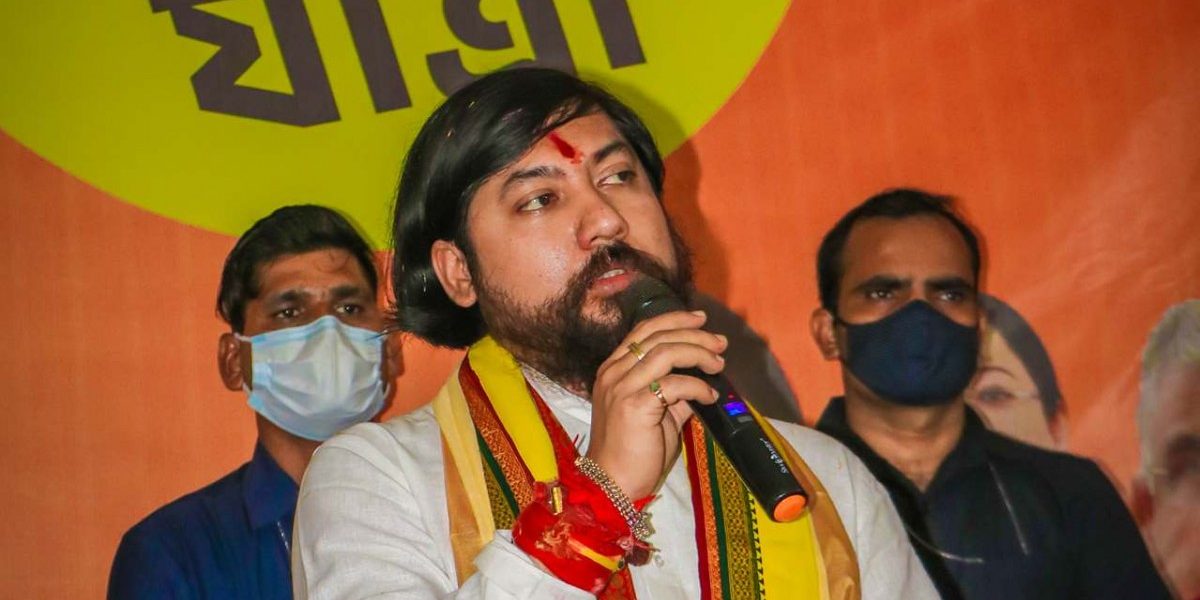 Kolkata: Everyone expected chief minister Mamata Banerjee’s by-poll victory from Bhabanipur, but the huge margin of 58,389 votes, securing more than 71% of the polled votes, triggered a few worry lines on the foreheads of many a leader of the West Bengal Bharatiya Janata Party. Of them, though, it is Cooch Behar MP and Union home minister Amit Shah’s deputy Nisith Pramanik who is likely to have heard the alarm bells the loudest.

He faces a test on October 30, when a by-election will be held in Dinhata in Cooch Behar district, along with three other seats in Nadia, North 24 Parganas and South 24 Parganas. The 36-year-old MP, the youngest minister in the Narendra Modi government, won’t be contesting it himself, but it’s his home turf that is at stake.

When Lok Sabha MP Pramanik was fielded from the Dinhata assembly seat, which is part of the Cooch Behar Lok Sabha constituency, it was construed that he was to be a part of the cabinet that the BJP had planned in case they successfully toppled the Mamata Banerjee regime. Their ‘Mission Bengal’ failed, but Pramanik was rewarded – he was made minister of state for home affairs in the July reshuffle in the Narendra Modi cabinet – as in his district, the Trinamool Congress won only two of the nine assembly seats.

There was only a small glitch in Pramanik’s happy story: he had to resign from the assembly membership to retain his membership of parliament. This necessitated a by-poll within six months; a tense situation for the BJP as the contest in Dinhata had gone down to the wire, with Pramanik defeating TMC heavyweight Udayan Guha by a tiny margin of 57 votes.

The seat was a cliffhanger. Now that the general political trend has swung towards the TMC to a large extent, can Pramanik ensure the party candidate’s victory from Dinhata the constituency where he is also a voter? As a Union minister, he now has greater stature than he did as a Lok Sabha MP before the March-April assembly elections.

Since May 2, when the assembly election results were announced, Dinhata, just like many other parts of the state, has witnessed BJP workers and leaders of various levels joining the TMC. In the state, four MLAs and a Lok Sabha MP have switched over to Banerjee’s party, while a fifth MLA has announced his resignation from the BJP. In Dinhata, the Bhetaguri gram panchayat, the only BJP-run panchayat in the Dinhata assembly area, went to the TMC in June, as eight of nine BJP members jumped ship to the TMC, leaving only one with the BJP.

It was as the upa-pradhan, or vice-chairman, of Bhetaguri 1 gram panchayat that Pramanik’s political journey began in the TMC in 2013. He did not contest the 2018 panchayat elections but his followers, some rebel TMC workers, won three of the 10 seats contesting as independents. The TMC won the seven other seats. After Pramanik joined the BJP in 2019 and became a Lok Sabha MP, nine of the 10 members of the panchayat joined the BJP. Now, the BJP has only one.

“The joining happened with threats and bribes. The local people did not take this well and they will give the TMC a befitting reply for the air of political terror that the TMC has created since the assembly elections,” said BJP’s Cooch Behar district unit president Malati Rava, asserting that her party will retain Dinhata with a greater margin.

Talking of political violence, the Central Bureau of Investigation, investigating murders due to alleged political reasons under instructions from the Calcutta high court, has arrested eight TMC workers in connection with the murder of BJP worker Haradhan Roy, who was killed on May 4. On the other hand, Udayan Guha himself had spent one month in a hospital in Kolkata after his left arm suffered a fracture in an attack allegedly by BJP workers.

Udayan is a political veteran. His father, Kamal Guha of the Forward Bloc, was not only one of the tallest leaders of Cooch Behar district but also the Left Front government. Kamal won from Dinhata six times on a trot since 1977. Udayan, contesting from his father’s seat, lost to the TMC by a small margin. He reclaimed the seat for the Forward Bloc in 2011 but himself switched over to the TMC in 2015. In 2016, he won as a TMC candidate. 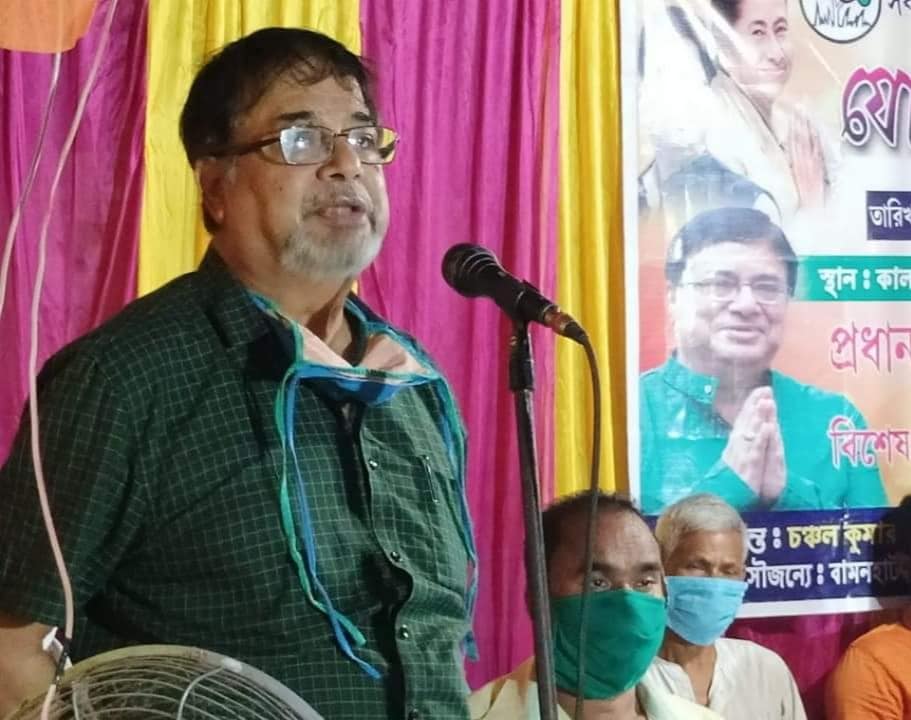 Apart from Dinhata, the Santipur assembly by-election is also a prestige fight for the BJP because in the general election, the party’s Ranaghat MP Jagannath Sarkar won this seat, only to resign to keep his Lok Sabha membership. Sarkar won the seat, where Hindu migrants from Bangladesh make up a large share of the population, by a satisfactory margin of 15,878 votes.

Of the other seats, the TMC had comfortably won Khardah and Gosaba, but the winners passed away.

For the October 30 election, all eyes will be on Santipur and Dinhata, especially the latter, as no one is expecting the BJP to snatch Khardah and Gosaba from the TMC.

Banerjee, soon after her own victory, renominated Udayan from Dinhata. The BJP is yet to name its candidate. Asked why he expects a different result in a matter of just six months, Udayan said, “Because the people have realised that the BJP is no alternative to the TMC.”

Political observers had different opinions. “By renominating Guha, the chief minister has given a clear message to Cooch Behar district’s TMC leaders – she wants Dinhata. Otherwise, why field the same candidate who just lost?” asked psephologist Biswanath Chakraborty, a professor of political science at Rabindranath Bharati University in Kolkata.

Also read: Why BJP Removed Dilip Ghosh as Bengal Unit President Before the End of His Tenure

Chakraborty said that since Pramanik had a reputation of engaging in “muscle politics”, Banerjee chose Guha, who too has earned a name for not shying to use muscle power.

Udayan Bandyopadhyay, who teaches political science at Bangabasi College in Kolkata, said the TMC’s choice of candidate may go against the party.

“They shouldn’t have renominated one who has lost just a few months ago. Besides, in north Bengal, the Rashtriya Swayamsevak Sangh has increased penetration since the election results were announced. The BJP might also benefit from the demand of separate north Bengal state that they raised as the allegations of north Bengal’s deprivation would resonate with some voters. I am expecting a tough contest in Dinhata and wouldn’t be surprised if the BJP manages to retain the seat,” Bandyopadhyay said.

Since the election results, Guha has repeatedly hit the headlines for making controversial remarks, mostly issuing veiled threats against BJP leaders and workers in Dinhata, from public meetings as well as social media posts.

Pramanik, too, landed in a couple of controversies – first over his citizenship after some people in Bangladesh celebrated his ministerial berth claiming to be his relatives, and then over his educational qualifications, as information he provided in affidavits submitted before the Election Commission contradicted information he provided to the Lok Sabha website. He has since not spoken on either of the controversies.

Despite repeated attempts, Pramanik could not be reached over the phone. A BJP state unit leader said that the party was not depending on Pramanik alone and that six BJP MLAs from the districts have been assigned specific responsibilities to ensure a victory in Dinhata.

“Losing Dinhata will be of a major blow to the morale of workers in the state, while retaining the seat will certainly boost their morale, especially in north Bengal, as workers will realise everything hadn’t ended for the BJP in the state,” said a BJP Lok Sabha MP from south Bengal who didn’t want to be named.

Note: An earlier version of the article had erroneously mentioned that Kamal Guha had passed away when Udayan Guha contested from his seat. Kamal died a year after Udayan lost.