The two were dragged out of a van carrying seven cows and killed by a mob in the middle of the night. The driver of the van managed to escape. 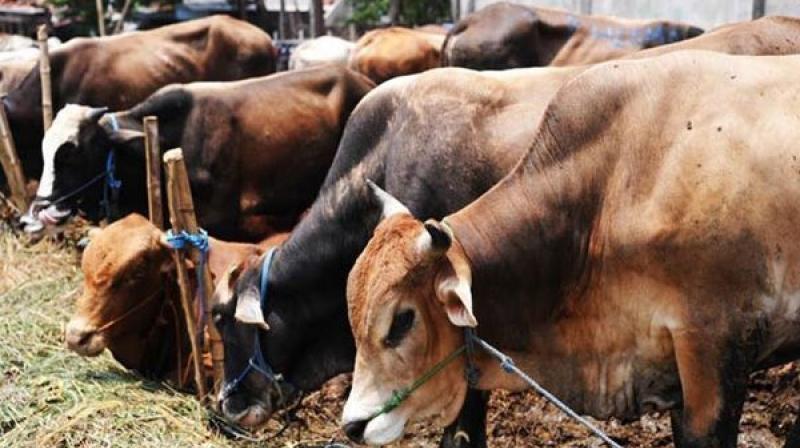 A murder case has been lodged but nobody has been arrested so far. Credit: PTI

New Delhi: Two Muslim men were killed by a mob who suspected them of being cow thieves in Dadon village, Jalpaiguri, early on Sunday. They were travelling in a pick-up van carrying seven cows, Indian Express reported.

Anwar Hussain (19) and Hafizul Sheikh (19) were beaten to death by the mob, which intercepted their van and pulled them out of it at around 3 am on Sunday, the police said, adding that the pick-up van was also badly damaged by the mob.

Police took Hussain and Sheikh to the Dhupguri hospital where they were declared brought dead. The police also took charge of the animals in the vehicle. A large contingent of police was deployed in the area. The driver of the van, police have said, managed to escape the mob. He later told the police that they had lost their way and were wandering around the village trying to find a way out when the mob attacked them, Hindustan Times reported.

A murder case has been lodged but nobody has been arrested so far, The Hindu reported. The two did not have a licence to transport cattle on their person, a police official told the newspaper.

“Stern action will be taken against those involved in the case. If they thought that the cows were being transported illegally they should have informed the police instead of taking the law in their own hands,” Jalpaiguri superintendent of police Amitabha Maity told The Hindu.

A district police officer told Hindustan Times that they do not yet know if the cow was being smuggled or transported legitimately. “We are also investigating if this lynching was because of spontaneous rage of the villagers or conducted by any organised group under the garb of public rage,” the official said.

Sheikh was a resident of Dhubri, Assam, and Anwar Hussain a resident of Patlahawa village in the Cooch Behar district of West Bengal.

This the second case of cow-related lynching in West Bengal in the last two months, after three Muslim youth were beaten to death in June.