This particular struggle began from the time when one-time TMC strongman Arjun Singh joined the BJP ahead of the 2019 Lok Sabha elections. 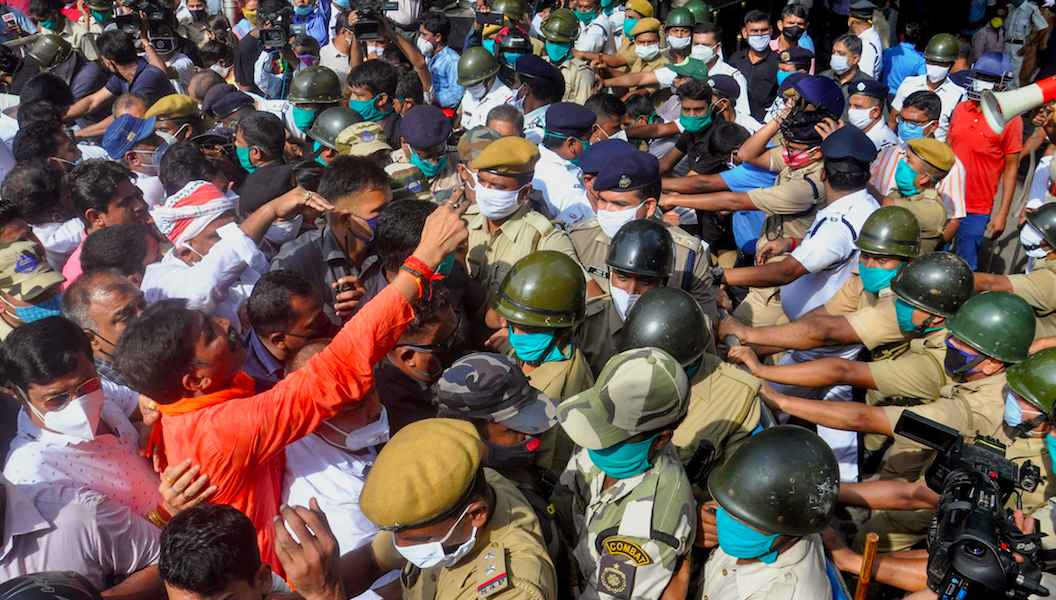 Kolkata: The recent murder of a Bharatiya Janata Party (BJP) district unit leader in West Bengal that triggered widespread agitations in Kolkata and its suburbs on Monday came as an outcome of a power struggle between the state’s ruling Trinamool Congress (TMC) party and the BJP, its principal opponent.

This particular struggle began from the time when one-time TMC strongman Arjun Singh joined the BJP ahead of the 2019 Lok Sabha elections.

Singh, a four-time TMC MLA who carries the reputation of being a ‘bahubaali’ or ‘strongman’, defeated former railway minister and TMC leader Dinesh Trivedi by a margin of 14,857 votes (or 1.35% of polled votes) from Barrackpore Lok Sabha constituency. Since then, Singh has been instrumental in BJP’s attempt to strike at the organisation of the TMC in his parliamentary constituency. 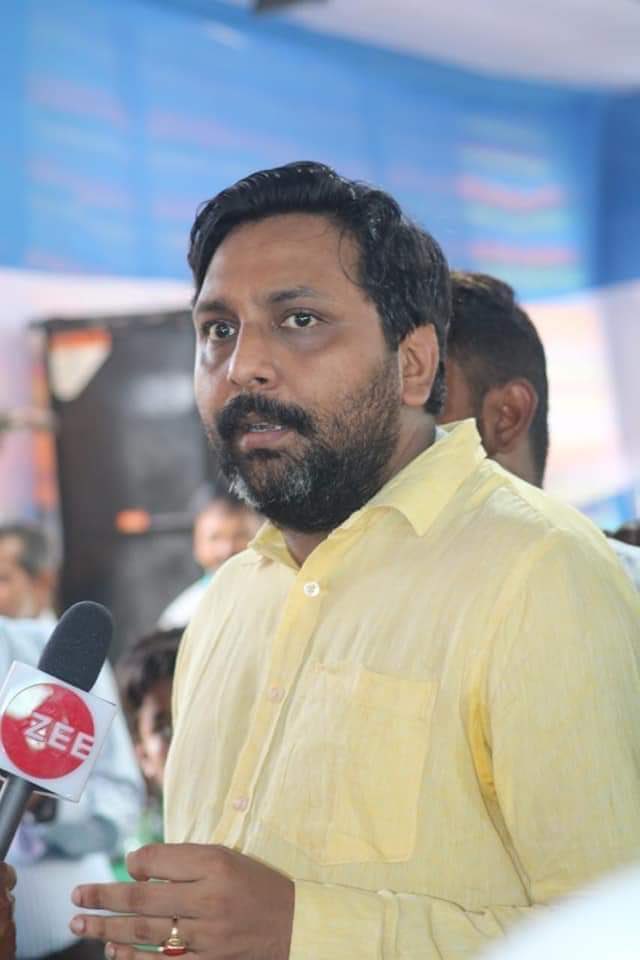 Manish Shukla, an advocate and former corporator of Barrackpore municipality, also had a reputation of being a strongman. He joined the BJP in June 2019, after Singh’s Lok Sabha election victory. He was appointed as a member of the BJP’s Barrackpore organisational district committee a few months later.

The 40-year-old was shot seven times on his face and chest from a close range on Sunday night at a place near Titagarh police station and succumbed to his injuries soon after. The place was close to his residence. He was sitting in a car when bike-borne assailants shot him and sped out of the place. Titagarh is about 20 km north of Kolkata.

Following this, the BJP called for a 12-hour bandh of Barrackpore on Monday, when scuffles between the police and bandh enforcers broke out at a number of places. The BJP’s national general secretary and Bengal in-charge Kailash Vijayvargiya, national vice-president Mukul Roy and local MP Arjun Singh visited Shukla’s residence, while the party’s other state leaders tried to carry out a rally in Kolkata with the body of Shukla.

The BJP has alleged the police were behind this killing and demanded an investigation by the CBI.

“A person was shot dead last evening in Titagarh area of Barrackpore. Police is investigating the crime and looking into all possible reasons including personal enmity because the victim was accused in some cases of murder and attempt of murder. Please do not jump on conclusion without proper investigation. Irresponsible comments on social media tantamount to interference in the investigation,” the West Bengal police wrote on Twitter on Monday.

Dear WB police,
Yes “A person” was shot that person was a councillor in Titagarh and a strong voice in opposing Mamata Banerjee and her paid police atrocities.

Let’s await some answers from you and your political head masters. https://t.co/FIhxoAc0eK

Till Tuesday afternoon, the CID have arrested two persons, Mohammad Khurram Khan and Gulab Sheikh, in connection with the murder.

BJP’s Barrackpore organisational district is largely congruent with Barrackpore Lok Sabha, which is mostly made of the Barrackpore industrial belt that developed in the 19th century. It is one of Bengal’s industrial regions along river Hooghly that had its prime time in the bygone era. Dotted with jute mills, among other industries, the local demography is dominated by Hindi-speaking people who migrated from Bihar and Uttar Pradesh over many decades. 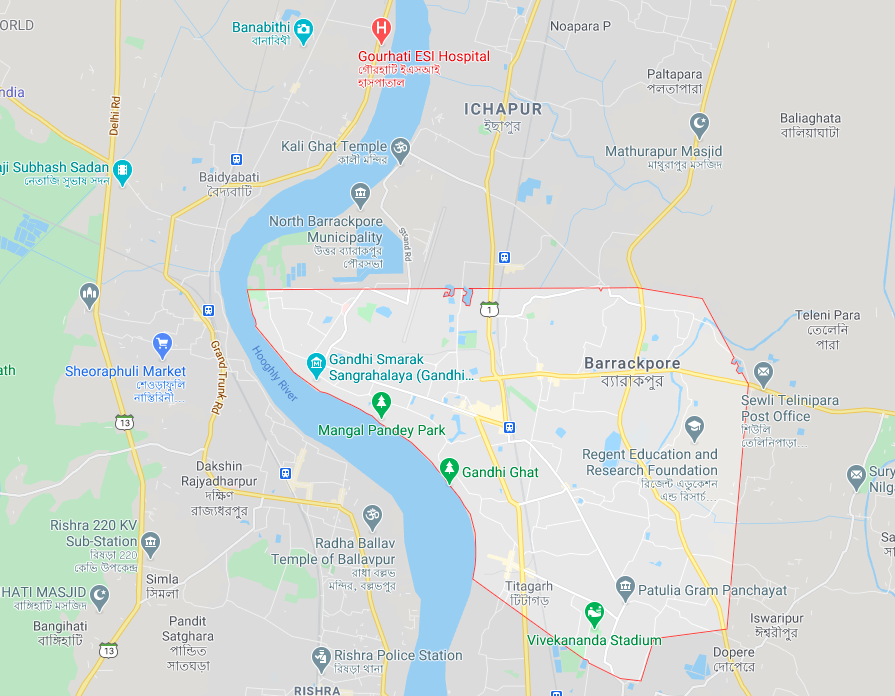 The factories on the belt are well past their prime, with the jute mills closing intermittently.

According to a senior officer of Barrackpore police commissionerate, the industrial decline of Barrackpore had a direct role in the increase of crime rates in this area dominated by a migrant population.

“There are many illegal businesses, including those over closed industrial units. So there remains a good source of illegal income,” said the police officer who refused to be identified.

Since Arjun Singh switched camps, the Barrackpore industrial belt witnessed one of the most intense power struggles between the TMC and the BJP in the state.

Political clashes became so intense, resulting in bombing, firing and arson, that a group of civil rights activists, including actor-filmmaker Aparna Sen and actor Kaushik Sen, convened a peace meet in June 2019.

According to pshephologist Biswanath Chakraborty, a professor of political science at Rabindra Bharati University in Kolkata, Barrackpore has a political culture distinct from the rest of the state. For decades, Barrackpore has been similar to the Hindi heartland, where leaders often matter more than the political organisation, he said.

“In Barrackpore, the strongman influence in politics started during the Left Front regime, when the local Communist Party of India (Marxist) MP was often accused of sheltering and nurturing musclemen for political domination of the area. Manish Shukla was once used by the Left, and later by the TMC. Now, with Shukla joining hands with Arjun Singh, the TMC was finding it difficult to fight them organisationally,” Chakraborty said.

“The struggle will further intensify as the 2021 Assembly elections near,” he said.

A senior TMC leader said that it was over the control of Barrackpore industrial belt that Mukul Roy had become the bête noire of Arjun Singh when both of them were in the TMC. Roy switched camps in November 2017 and played a key role behind bringing Singh to the BJP. Later, Roy and Singh joined hands to oust the TMC from the industrial belt.

Arjun Singh, who represented Bhatpara since 2001, was also the chairman of Bhatpara municipality and a large majority of its corporators followed him to the BJP even before the Lok Sabha elections.

BJP activists agitate in front of the Barrackpore office Commissioner of Police, in North 24 Pargana on June 21. Two people were killed and three others suffered severe injuries in clashes between BJP and TMC workers in the Bengal town. Photo: PTI

After Singh’s victory, a series of defections took place at his initiative from the end of May. Noapara MLA and Garulia municipality chairman Sunil Singh, Arjun’s brother in-law, joined the BJP in June, and so did the majority corporators of Naihati, Bijpur, Garulia, Halishahar and Kanchrapara.

The battle for Barrackpore became so intense that Mamata Banerjee rushed to Naihati at the end of May 2019, addressed a public rally from which she alleged that the BJP was driving TMC supporters out of their homes. Kolkata mayor-cum-state urban development minister Firhad Hakim alleged that the Bengali people were being driven out by ‘outsiders’.

However, over the next two months, the TMC recaptured all these civic bodies, as the majority councillors went back to Mamata Banerjee’s party. The BJP alleged the TMC used the police to apply strong-arm tactics to bring the corporators back to its fold.

Since then, the BJP has consistently alleged that the TMC-run government was using the police in Barrackpore to heckle and intimidate BJP leaders and workers.

Over the past one year and a half, there have been innumerable political clashes between the TMC and the BJP. These clashes involve hurling crude bombs, arson and targeted physical attacks, which cause serious injuries to people belonging to both camps. 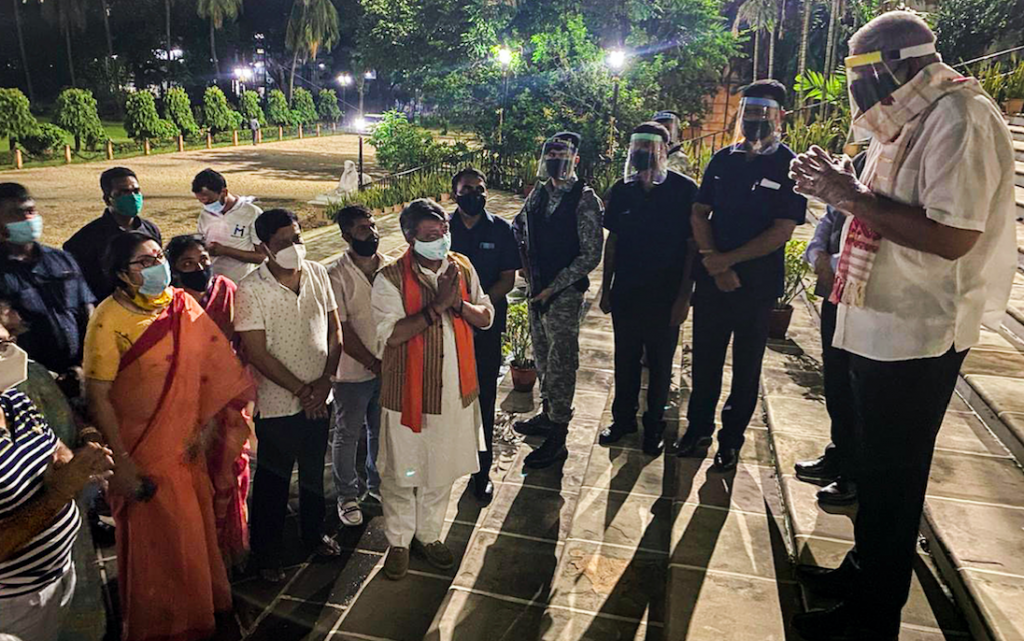 After Shukla’s murder, Arjun Singh pointed to the police’s role. “The weapon from which the bullets were fired came from Latbagan (the armoury of Barrackpore armed police) and has gone back there after the operation. The weapon will never be found,” Singh alleged on Monday.

The BJP’s Bengal unit president Dilip Ghosh, too, blamed the police for the murder. While targeting the police and the TMC regime, Ghosh, however, made a remark that many considered a faux pass. He said, “Mafia Raj similar to that of Bihar and Uttar Pradesh has started taking roots in West Bengal.”

Bihar and Uttar Pradesh are ruled by the BJP-led National Democratic Alliance (NDA).

Governor Jagdeep Dhankhar, who is known for his acrimonious relationship with the chief minister, took digs at the state police in a series of tweets.

Criminal Jurisprudence Principles thoroughly sacrificed @WBPolice @MamataOfficial An all out effort to cover up and fishing for alibis.

The manner of this dastardly act calls for focus on all angles including terror.

Anguished to gather @KailashOnline that Manish Shukla dead body not handed over now for over 20 hours.

Such actions indicate cover up. Time to be civil and fair and bust terror. pic.twitter.com/7EYno6ZipY

According to a police officer who spoke on the condition of anonymity, Shukla had a licensed firearm for self-protection but since the licence was obtained from a different state, the Barrackpore police commissionerate confiscated his weapon last month. Also, though Shukla was always accompanied by his personal security guards, none of them were with him on Sunday night. He had survived four attempts on his life before.

Firhad Hakim, however, hinted at a political conspiracy. “Shukla was not feeling good in the BJP. He had started sending feelers to return to the TMC,” Hakim claimed on Monday.

Hakim also asked why Singh and Shukla who were together in the evening suddenly separated an hour before the killing, with Arjun rushing to visit Kailash Vijayvargiya in Kolkata at night. 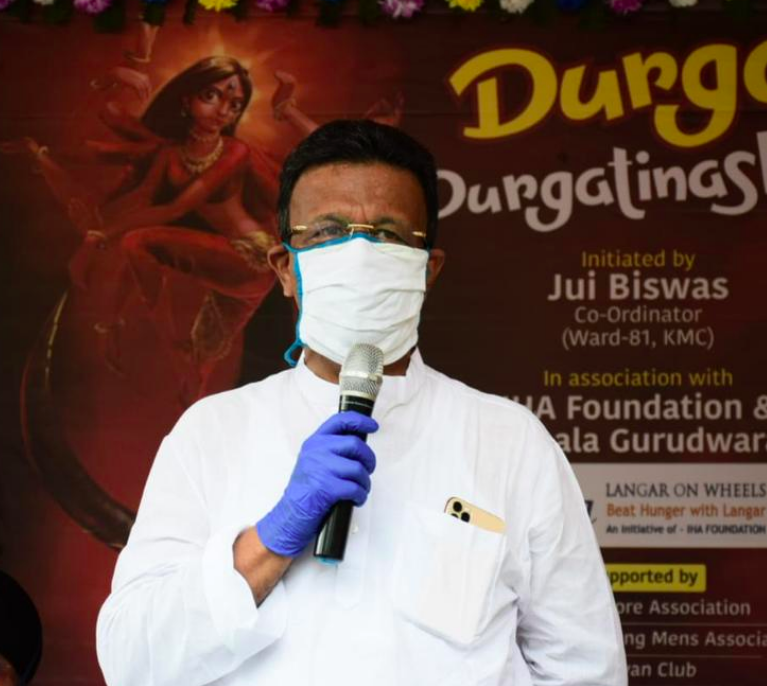 Infuriated at Hakim’s remark, Singh said the public would beat up Hakim on the streets once he lost his ministerial berth (with the end of the TMC rule).

Also at the centre of the opponent’s criticism is Manoj Verma, a seasoned IPS officer who is credited for playing an instrumental role behind destroying Maoist networks in southwestern Bengal during 2009-2011. Verma was appointed as the commissioner of Barrackpore police in June 2019 at the height of the TMC’s struggle with Arjun Singh to save their fort. The BJP has alleged that Mamata Banerjee was using Manoj Verma to weaken the BJP’s organisation.

“I have been slapped with 93 police cases since joining the BJP,” Arjun Singh said, alleging a partisan role of the police.

The intensity of the battle increased to such a level that when a blast at an illegal firecracker factory killed five persons in Naihati on January 3, 2020, the BJP alleged the factory was actually making bombs for TMC cadres and, on January 20, the National Investigating Agency (NIA), took over the probe.

Meanwhile, in the tug-of-war between the TMC and the BJP over him, Barrackpore’s local TMC MLA, Shilbhadra Dutta, also an advocate, has kept himself nearly aloof from political activities. On Tuesday, he refused to comment on the recent developments when The Wire contacted him over phone.

“I am out of station. I can’t say anything at present. Will speak once I return after a week,” said Dutta over telephone from Gurgaon, where he had gone for treatment.