The timing of the investigations has been found to be suspicious. 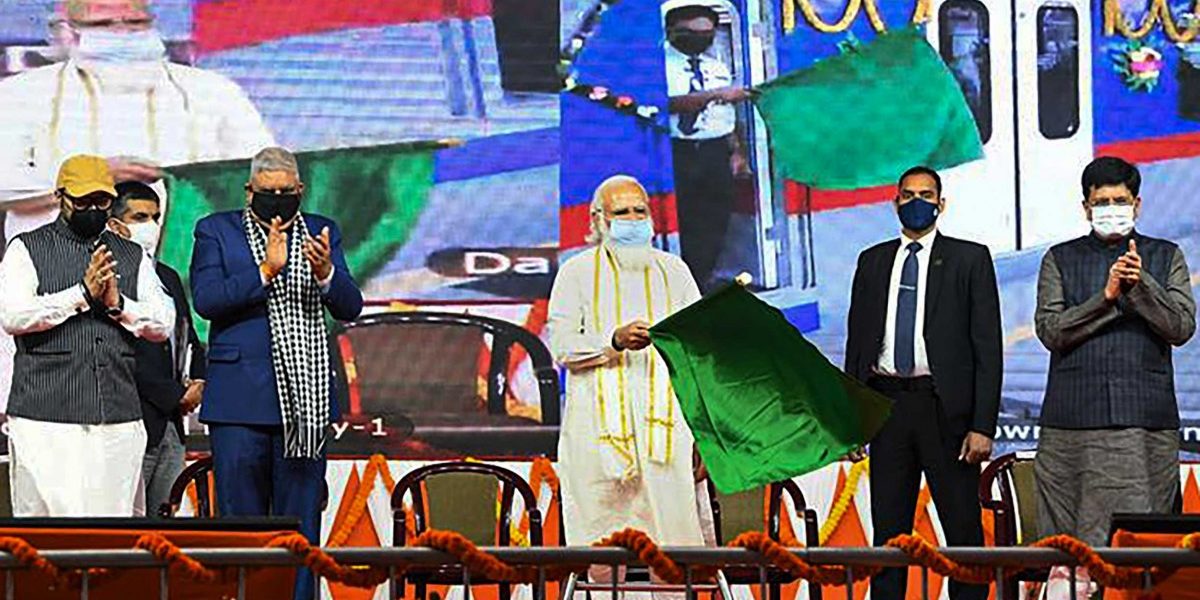 Kolkata: The general secretary of Bharatiya Janata Party’s youth wing, Pamela Goswami, was arrested with cocaine from south Kolkata’s upscale New Alipore area on Friday. On Saturday she alleged that she was falsely implicated in the case by BJP leader Rakesh Singh, who she claimed is a close aide of Kailash Vijayvargiya’s, the party’s national general secretary.

Speaking to The Wire, Singh said, “She didn’t say word when she was arrested. She uttered my name and Vijayvargiya ji’s name after spending eight hours in police custody. This is an act to malign my image just before the election.”

In an email complaint to the commissioner of the Kolkata police, Singh said that if “Goswami ever takes his name in public” he shall “proceed legally towards filing a defamation suit against Kolkata Police”.

On Monday night, the Kolkata police issued notice under Section 160 CrPC to Singh in connection with the drug case. Singh has been asked to appear before the police on Tuesday evening.

On Sunday, in a significant move, a five-member team of the Central Bureau of Investigation (CBI) reached the residence of Trinamool Congress leader and MP Abhishek Banerjee (the chief minister’s nephew) to serve summons to his wife Rujira Banerjee for financial irregularities in relation to the coal pilferage case.

Soon after the CBI served notice to Banerjee, the MP from Diamond Harbour took to Twitter and said, “We have full faith in the law of the land. However, if they (BJP) think they can use these ploys to intimidate us, they are mistaken. We are not the ones who would ever be cowed down.”

Abhishek’s wife Rujira on Monday wrote to the CBI that she will be available at her residence on Tuesday for questioning. “Though I am unaware for the reason for me being called for questioning or the subject matter of investigation, you may visit my residence,” she wrote.

The CBI is currently at Abhishek and Rujira’s residence, and Mamata Banerjee visited them on Tuesday morning.

On Sunday, the CBI sent another notice to Abhishek’s sister-in-law, Maneka Gambhir. A team of CBI officers interrogated Gambhir at her residence on Monday.

Soon after the news was reported, Priyadarshini put out a post on Facebook saying, “The news article published by Anandabazar Patrika about me being summoned by the Enforcement Directorate is completely false and baseless. It’s shameful how the media can publish anything without any iota of truth in it.”

Speaking to reporters, state high education minister and secretary general of the TMC Partha Chatterjee said, “Law will take its own course. As the election is approaching, BJP is realising that they don’t have people’s support, hence resorting to such tactics. But we are ready to face everything. This is nothing but political vengeance.”

It is true that in the weeks before the elections, the Central agencies and police seem to have suddenly gathered steam for a number of their investigations.

BJP’s assembly election 2021 poll campaigned has been primarily anchored around Abhishek, repeatedly accusing him of corruption and extortion. None of the allegations against Abhishek have been proved till date.

A senior editor of a national newspaper, on the condition of anonymity, said, “The BJP has gone all out for Bengal. And these are well-known tactics; I am sure TMC must have expected it. The BJP stopped mentioning Narada and Sharada scams after Suvendu (Adhikari), Sanku Dev Panda etc. joined BJP; they need some new news point to carry on the corruption narrative. There can be a lot of merit in the case, maybe these (Abhishek and his wife) people are involved in the case. But the main question is timing, why has the CBI suddenly started the investigation in full swing a month and a half before the election? This is nothing but political.”

Earlier this month, the CBI has raided 13 locations spread across four districts of West Bengal in connection with a multi-crore illegal coal trading case, involving Anup Majhi (alias Lala). The agency, however, said that Mahi hasn’t responded to any of their summons and was untraceable hence, categorised as an “absconder”.