We Must Never Compromise Our Fight for Justice: Open Letter to Haren Pandya's Widow

For years, Jagruti Pandya refused to accept the official account of her husband's murder and suspected the involvement of BJP leaders. But in 2016, she joined the party and is now head of the state child rights commission. 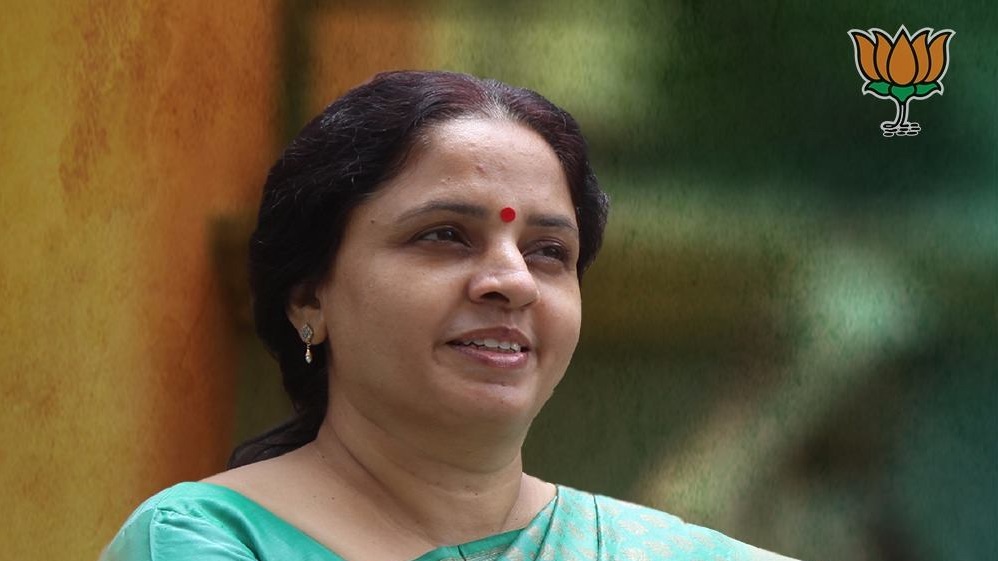 File photo of Jagruti Pandya from her official Facebook page.

Prashant Dayal, a senior journalist in Gujarat, wrote this open letter to Jagruti Pandya the day after the Azam Khan testified before a Mumbai court that Sohrabuddin had told him the order to kill her husband – the former Gujarat home minister and BJP leader Haren Pandya – was given by a senior police officer in the state, D.G. Vanzara.

Dayal’s open letter, written in Gujarati, has circulated widely and is being published in English to underline the fact that Pandya’s friends and family had consistently questioned the Central Bureau of Investigation’s account of the March 26, 2003 murder and sought an impartial re-investigation to identify the real killers.

Many of Haren’s friends like me would usually address you as ‘bhabhi’, but I’m addressing you as ‘behn’ in this letter. We used to have cursory conversations when I would come to your place to see Haren before 2003. We friends can never forget the morning of March 26, 2003. We were stunned. When we first heard Haren was shot at, the first reaction was to pray to God to save him. But God becomes cruel at times. Our prayers were to no avail.

Though Haren was our friend, I fully understand he was you husband and the father of your two children. The kids were young at that time. I could realise your agony and couldn’t muster the courage to console you. I couldn’t even call you. What could I tell you when you had lost everything?

The shock was unbearable for Haren’s father, Vitthalbhai, too. One can understand how painful it must be for a father to give shoulder to his son’s dead body. Vitthalbhai shouted openly that Narendra Modi got Haren killed. But I was not ready to believe it. Both Modi and Haren became adversaries from the day when Haren refused to vacate the Ellisbridge seat for Modi. That created the obvious impression that Modi was responsible for Haren’s murder. Vitthalbhai fought till his last to bring justice to his murdered son. You were silent at that time, because you were worried about the security of your children. Your decision was right. You were not silent because you didn’t want to do anything to bring the murderers of Haren to justice. Only the circumstances were not suitable.

You came out once the children grew up. You were wise and knew that squarely blaming anyone would yield nothing. I have been witness to your efforts. You went from one lawyer’s office to another’s with the file of the Haren murder case. We met and discussed how we can move further in the case. Both of us believed Asghar Ali, the person arrested by police and CBI, was merely a mask. We wondered whether  Amit Shah might be behind Haren’s murder. But those were merely doubts on our part. We didn’t have proof at that time and haven’t got any even now. If Asghar killed Haren, who prompted him to do so? It was important to find out. Your efforts and courage must be praised as you went all the way to meet the alleged murderer of your husband in jail.

You requested Asghar a lot, even showed willingness to fight his case, but he didn’t utter a word to you. Our doubts became stronger when the Gujarat high court acquitted all the accused, including Asghar, in Haren’s murder case. If Asghar didn’t kill Haren, who killed him? You tried enough with CBI. It was the UPA regime. Congress leader Ahmed Patel called the shots. You met him several times and tried to persuade him so that the CBI reinvestigates the case. But the Congress proved worthless. The Congress was only interested in using Haren’s name to hurl abuse at Narendra Modi and Amit Shah. Congress leaders didn’t help you.

I was friends with Haren from the time when he was a corporator (at the Ahmedabad Municipal Corporation.) Pradipsinh Jadeja, Haren, Bima Shah and I used to meet daily. I am a journalist. I wrote against the BJP and Haren many times. Haren understood my work. He became upset with me sometimes but convinced himself eventually. Journalists like me have their fair share of bad times. Haren was always with me in my down period. We used to call each other by first name. I stood with you after Haren’s murder because I was duty-bound as a friend. We were trying to secure justice for Haren. We were not out to take revenge against Narendra Modi and Amit Shah. We only wanted Haren’s murderer to be arrested and sentenced. Everyone knew who gained from Haren’s murder. But we had no proof. We were tired and ultimately lost.

Times changed. Narendra Modi became Prime Minister and Amit Shah the BJP president. Usually you would discuss many small things with me. But you didn’t tell me about your decision to join the BJP.  I was shocked to hear that news one morning. You joined the BJP in 2016 and became chairperson of the child rights commission. I was completely lost. It was not about your joining  theBJP. But (I remember) how the national leaders of the BJP had tried to prevent you from meeting them during their Ahmedabad visits, many times with the help of the police. We had no proof but we believed Haren had been killed by some BJP leader. I asked myself about the step you had taken. You didn’t have a problem of survival. It was not the case that you had to join BJP in order to keep your kitchen fire burning. Then why did you do it? In such circumstances, I also thought that perhaps you created pressure on the BJP leadership in the name of Haren’s murder in order to get a position. But I shed that idea, telling myself you can’t do that.

Perhaps you were also feeling the guilt of joining the BJP and becoming chairman of a state commission. May be that was the reason you stopped talking to me. You might also think how would you respond to me when I ask you about your step. It’s not necessary for you to answer me but decency required it. You started going to government office in a government car and forgot about who had Haren killed. But I couldn’t forget. I was helpless against the system. I felt enraged by my helplessness many times. Last Saturday, when Azam Khan told the Mumbai court that Haren was killed on the orders of ex-policeman, D. G. Vanzara, I immediately thought of you.

If we assume Azam Khan speaks the truth, there was no bad blood between Vanzara and Haren. In this case, it is important to find out why Vanzara would want to get Haren killed. Our suspicions, and whatever details that are available, point towards Amit Shah having the answers. In such circumstances, how can you be with them? We might die fighting – just like Vitthalbhai – but how can you sit with those whom we suspected to be responsible for Haren’s murder? I don’t know if it’s compulsion for you or just greed for power. I know you will feel bad about this letter but give a thought to it. It is never too late. All of us err. It’s just that we should be ready to correct ourselves.

When we shall meet Haren wherever he is, I want to say to him that my friend, we fought for you. They wore us out and we and lost, but we never compromised. Let’s try to do this.