The Samyukt Kisan Morcha held a Kisan mahapanchayat in Lucknow on Monday on the protesting farmers’ remaining demands – including a legal guarantee for the minimum support price. 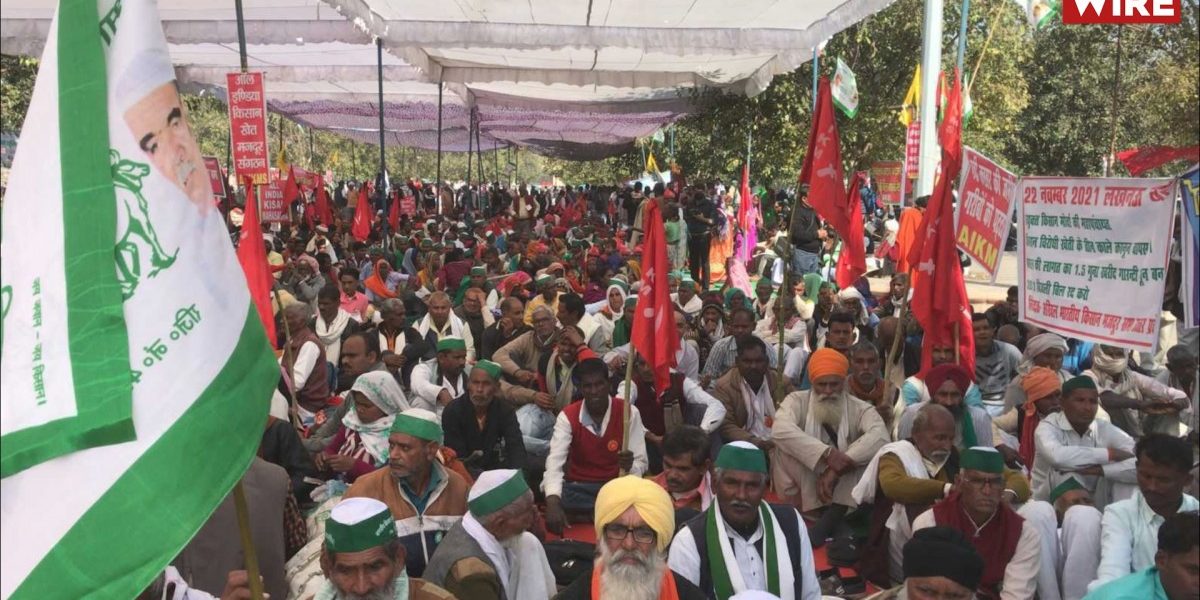 Three days after Prime Minister Narendra Modi announced that the Union government will be repealing the three contentious farm laws passed in September 2020, the Samyukt Kisan Morcha (SKM) held a Kisan mahapanchayat in Lucknow on Monday (November 22) on the protesting farmers’ remaining demands – including a legal guarantee for the minimum support price (MSP).

While farmers at the mahapanchayat celebrated the repeal of the laws, they maintained that this is not the end of the road for their protest. They also stated that a true celebration was possible only after the laws are officially repealed by parliament.

Earlier on Sunday, the SKM – an umbrella body of farmers’ organisations that has been at the forefront of the ongoing agitation over the last year and more – had written an open letter to the prime minister, spelling out their remaining demands.

Another important issue raised at the mahapanchayat in Lucknow was the Lakhimpur Kheri incident, where four protesting farmers were mowed down by a VIP convoy allegedly carrying Union minister and BJP leader Ajay Kumar Mishra’s son Ashish Mishra. While Ashish is currently in custody, protesting farmers have maintained that Ajay should be removed from his post in the cabinet, given the seriousness of the matters.