Watch | Interview: Kejriwal Govt is One of Lies and Advertisements, Says Congress MLA

Mukesh Sharma said the government has failed to capitalise on measures taken by the previous Congress government in Delhi. 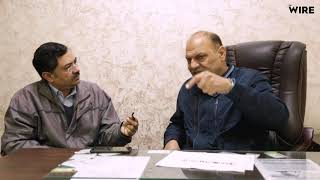 ‘Kejriwal government is one of lies and advertisements. Its claims about fulfilling all 70 promises made before last elections are nothing but lies,” four-term Congress MLA and spokesperson of Delhi Pradesh Congress Committee Mukesh Sharma said during an interview to The Wire.

During a conversation with Gaurav Vivek Bhatnagar, the senior Congress leader said the AAP government in Delhi failed to deliver on all counts. Also, he charged, chief minister Arvind Kejriwal did not turn out when students were attacked at Jamia Millia Islamia and JNU campuses.

He also accused it of being the ‘B-team’ of the BJP and said its correspondence with the saffron party on the issue of regularisation of unauthorised colonies demonstrated this. Sharma also charged that while during its 15-year rule, Congress had also obtained land for setting up new schools, colleges and hospitals, the Kejriwal government did not build on them.

The Congress leader also charged that no plans have been made by the AAP government to build more water, electricity and road transport infrastructure and his party, which came second in the 2019 Lok Sabha elections, would form the next government.