Hamid Ansari has also said India’s 15% Muslim population is hurt by the prejudice they face and feel they are being ill-treated. 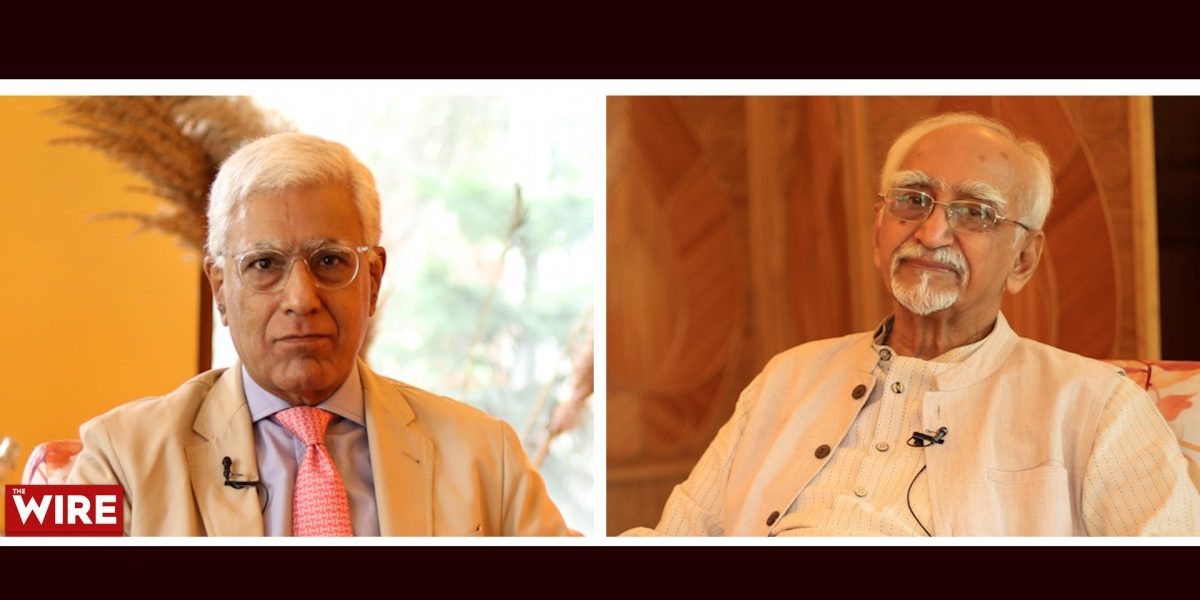 In an interview where he speaks his mind without recourse to euphemism, India’s former vice president has said secularism is critical to the integrity of the country and its steady weakening is endangering India’s future. Hamid Ansari has also said India’s 15% Muslim population is hurt by the prejudice they face and feel they are being ill-treated. He says he is worried about India’s future but he hopes that things will change.

Ansari, who as vice president also served as chairman of the Rajya Sabha for ten years, has said India’s parliament is failing in its three key duties of scrutinising legislation, holding the government to account and debating and discussing the critical issues of the day. He identified a few key steps that must be taken to reinvigorate and revitalise parliament.

First, parliament must sit for at least a minimum of 100 days a year. Second, parliament must adopt the British convention of Prime Minister’s Question Time. Third, parliament should set aside a minimum period of time each week when issues raised by the opposition will be debated and discussed. Fourth, parliamentary committees must function effectively and a majority of legislation must be sent to committees for their scrutiny.

Asked about whether over the last 75 years India has stayed true to and fulfilled the ideals of its constitution or let them lapse and even occasionally betrayed them, Ansari spoke about both the large number of amendments made to the constitution and the fact that the first happened barely 18 months after the constitution was promulgated and was done by an interim parliament which was not authorised under the constitution to amend it.

This interview with Ansari is the latest in a series of select interviews to mark the 75th anniversary of Independence and explore what this anniversary means.