More than anything, the communist legacy in Kerala is that it made the idea of equality integral to society. 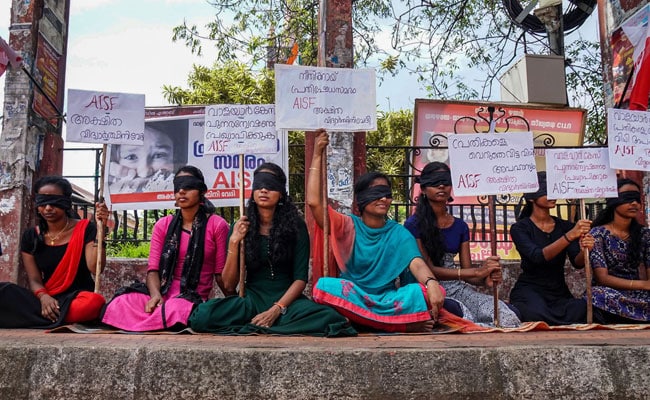 Students protest against the acquittal of accused in the Wayalar case. Photo: PTI

The case of two young girls who were found hanging in their huts in January and March 2017 in a slum cluster at Walayar has been ‘decided’ by the sessions court as suicide. Their autopsy reports did suggest the girls were sexually abused and the police, at the time the tragedy was reported, did arrest four men and a juvenile. They too were residents of the same locality as the two deceased girls and were also, as reports suggest, glass-mates of the girls’ father.

The girls belonged to a Scheduled Caste community and were poor. Their father, and also the men who were rounded up, lived on meagre wages they earned when work was available and ended up drinking as much as they could. In short, they were brutalised by the system and reduced to behaving as brutes do.

It is not my case here that the system cannot be cured of the crisis. The case here is that it ought not to have happened and the system ought to have been different, given the legacy of politics in Kerala, particularly with what the communist movement had contributed to its making. More than anything, the communist legacy in Kerala is that it disrupted what otherwise was held the norm: It made sure that the idea of equality in the social and economic sense of the term became integral to democracy in the political sense.

The case of the two girls whose life was nipped far too soon and the sordid story of the prosecution failing to ensure that the dots are connected to establish that it was not simply a case of suicide and instead, that they were sexually abused before they died, is a pointer to the retreat or regression of a society that had, until recently, frowned at such injustice. And rather than blaming the police, I will argue that the fault lies with the prosecutorial system and in this case, the public prosecutor who botched the case.

Setting out on this course, let me first raise the point about how the prosecutor happened to land this job. As it happens with appointments to such positions, the one who botched this case too ought to have come from the stables of the ruling party’s student wing; in this case she/he would have been in the Students Federation of India (SFI); she/he ought to have spent many years participating in processions and other protests and also managed to have cleared the necessary tests as student to qualify to become a lawyer.

That this lawyer, whose ethics ought to compel her/him to ensure that the justice system is not made an ass, having been an associate of the student body that had set out the task of deepening democracy in its programme was vested with the onerous responsibility and in many ways more than that of any lawyer. And in that sense her/his commitment to ensuring justice to the poor and the deprived was qualitatively different and of a higher intensity than anyone who just studied law, cleared the tests and enrolled in the Bar.

Rot in the political culture

That XXX did not do that is where one has to stop blaming the system and instead blame the lawyer who led the prosecution. And rather than calling the lawyer alone bad or lacking the skills that the professions calls for, it is important to identify the rot as lying in the fall of a political culture that the communist movement once represented in making society in Kerala far more democratic in the political sense. It was not too long ago that A.K. Gopalan, a self-confessed atheist, led a hunger strike demanding entry of people declared ‘untouchables’ at the Guruvayur temple.

It is possible to list several such protests that members of the middle classes had led and joined to transform Kerala into a more democratic society than elsewhere in India. Their contribution, most pronounced, was that sensitivity and commitment for the poor and the oppressed were not merely a partisan political agenda and instead, a central part of the political discourse in the state.

The sordid tale of a case of murder of two poor sisters born to Scheduled Caste parents getting botched in the sessions court is clearly a sign of the prosecutor, vested with the task of ensuring justice, worked without the commitment that s/he had claimed to have while being a student of law or during protest marches, shouting anti-establishment slogans. She/he, I must hold, was only setting out on a course where the endgame was to secure positions such as a government pleader or public prosecutor when his party wrested power.

This is why the tale of the sisters who were brutalised and sexually abused before they were declared dead due to hanging themselves – and the sessions court finally calling it suicide – ought to be seen as a decline of the politics that the Left claims to have inherited. The communist movement has been transformed into a communist party and the student bodies that once transformed individuals into idealists and thereafter ‘organic intellectuals’ seem to have turned into launching pads for securing positions; the political system of clienteles that Rajni Kothari talked about.

Let me enter add a caveat: Things would not have ended the way the Wayalar case did had the girls not been daughters of poor parents; had their parents been able to afford to send their daughters to school; had they not belonged to a caste classified as Scheduled Castes. And lest it be lost, the media would have prosecuted the case, 24×7, and ‘monitored’ it in the public domain to ensure that the prosecutor did the job.