The police claim the villagers were killed accidentally after being caught in the crossfire between them and Maoists, in the third such incident in less than a year. 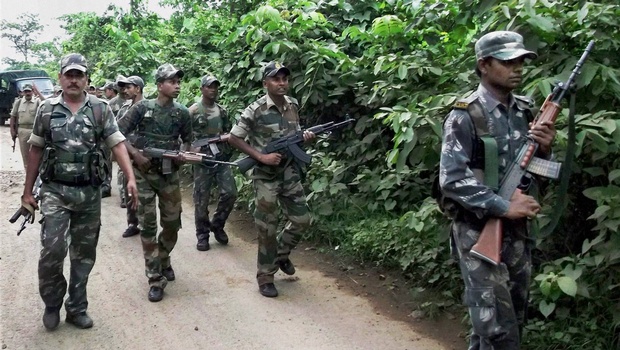 Bhubaneswar: Six tribal and Dalit villagers, including a two-year-old boy, were killed and five others injured on the night of Friday, July 9, in Odisha’s Kandhamal district. The police said the victims were caught in crossfire.

According to Pinak Mishra, superintendent of police, members of the anti-Maoist Special Operations Group (SOG) police force killed the villagers accidentally while they were in Gumurumaha forest, Kurtamgarh block, after being tipped off about the presence of Maoists.

According to Mishra, the villagers were in an autorickshaw, it was raining and there was “no scope of stopping the civilians from entering the fighting area as there is no proper road, and it is a difficult terrain”.

According to the Indian Express, the villagers were labourers under the National Rural Employment Guarantee Scheme and were returning home after buying provisions in a local market. Among the victims were two-year-old Jehad Digal, his father Lutu Digal, former naib sarpanch Kukula Digal, Bringuli Mallick, Pimari Mallick and Mediali Digal.

Other sources, however, have said the villagers were killed after the driver asked them to get out of the autorickshaw and walk behind it on an uphill stretch of the road. The autorickshaw driver has not yet been traced.

This marks the third incident in less than a year in which SOG personnel have killed civilians. After Friday’s deaths, protestors blocked the Gopalpur-Raipur NG-224 near Paramapanga, demanding compensation of Rs 50 lakh to the families of the deceased and the removal of the Central Reserve Police Force personnel from the area.

Chief minister Naveen Patnaik of the ruling Biju Janata Dal (BJD) has ordered a judicial probe and announced compensation of Rs 5 lakh to the affected families. He has also promised a job for at least one member of each family and their inclusion in social security schemes.

Meanwhile, the Congress and the Bharatiya Janata Party have blamed Patnaik and his government for the incident. The leader of the opposition, Narasingh Mishra, said, “A criminal case should be registered against the culprits.” Union tribal affairs minister Jual Oram said what happened is “a reflection of the anti-adivasi mindset of the state government. It’s a conspiracy of the (ruling) Biju Janata Dal to stifle the voice of the tribals.” He also said a team led by Rameshwar Oraon, chairman of the National Commission for Scheduled Tribes, will visit the district and submit a report to the Centre.

However, the BJD said the opposition parties are trying to politicise the killings, which were “a mere accident”. Odisha tribal welfare minister Lal Bihari Himirika said he didn’t “have any information” about the killings.