The former chief minister's tendency to step into the background when the party is not in power has this time given the opportunity for many of her critics to rise through the ranks. 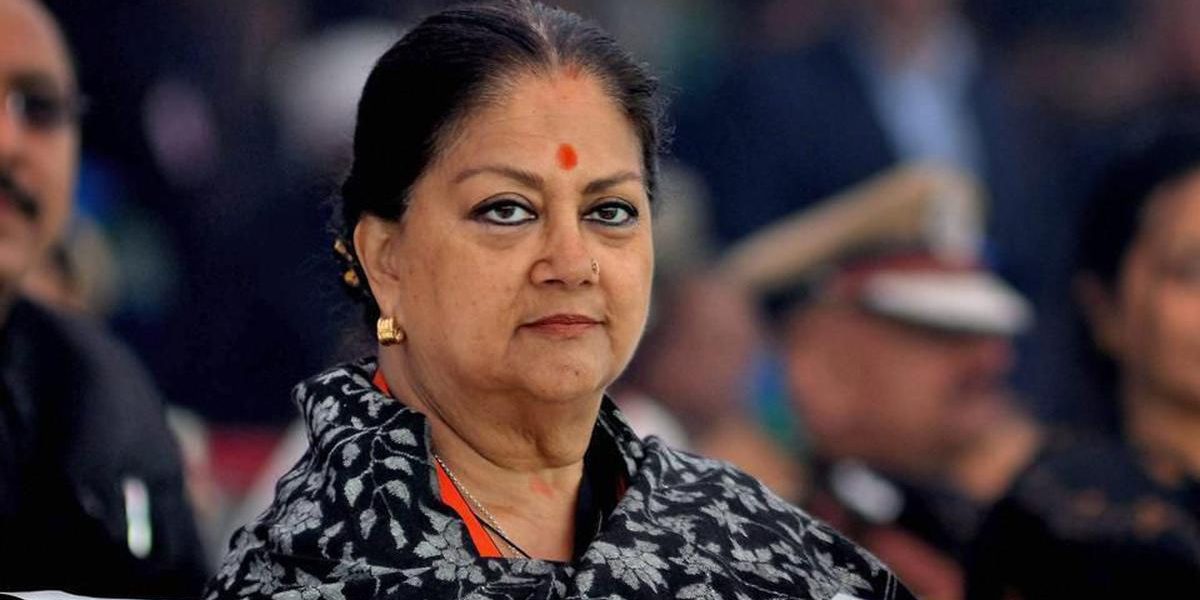 Jaipur: The political clout of former Rajasthan chief minister Vasundhara Raje seems to be declining within the Bhartiya Janta Party (BJP). Recent political developments hint that Raje’s path to the top position, if indeed the saffron party manages to come to power in 2023, is not going to be a cakewalk.

While Raje has traditionally tended to ‘disappear’ when the BJP is voted out of power, only to return to the scene around a year before the next elections, her absence this time is paving the way for many to rise up the ladder.

While Raje is seen as the undisputed leader of the BJP’s state unit, in the past two years, the party has appointed several of her staunch critics in key positions.

Two recent developments hint that the party could be heading towards infighting. Those loyal to Raje made attempts to cement her position in the party by launching a forum that demanded Raje should be the chief ministerial candidate in the 2023 assembly elections. The forum is called ‘Vasundhara Raje Samarthak Manch Rajasthan’ (VRSMR).

However, to counter this, a parallel forum to support BJP state president Satish Poonia was also launched. It must be noted that during the 2018 assembly polls in Rajasthan, the rift between then-BJP national president Amit Shah and Raje became public. The latter opposed the Shah’s proposal to choose Gajendra Singh Shekhawat as the state unit chief. She instead brought in Rajya Sabha MP and RSS veteran Madan Lal Saini.

However, the party’s loss in the assembly elections paved the way for the Narendra Modi-Amit Shah duo to assert their control over the state unit’s politics.

Poonia is quite clearly not Raje’s ‘yes man’. As Rajasthan BJP’s president, he has approved the induction of several well-known Raje detractors, including RSS poster boy and Ramganj Mandi MLA  Madan Dilawar. Other critics of Raje who have received Poonia’s nod are Rajsamand MP Diya Kumari and senior leader Ghanshyam Tiwari.

Dilawar wasn’t on talking terms with Raje after he was denied a ticket to contest in the 2008 and 2013 assembly elections. However, in 2018, he replaced Chandrakanta Meghwal, the then sitting legislator from the Ramganj Madi seat.

During her term as the CM, Raje directed the Jaipur Development Authority to seal Kumari’s Raj Mahal Palace in 2016.

Kumari, who is a member of the erstwhile Jaipur royal family, was irked by this move and led protests against Raje with the support of the Rajput community.

Both Dilawar and Kumari were appointed as the BJP’s state unit’s general secretaries last year.

Ghanshyam Tiwari was a staunch critic of Raje and accused her government of large-scale corruption. He had quit the party in 2018 over the BJP government’s move to gag the media from reporting on allegations of corruption against the judiciary and legislature. He joined the party again last month.

For the position of leader of the opposition too, former home minister and RSS man Gulab Chand Kataria was chosen, against Raje’s will.

Relations between Raje and Kataria have never been the best. Ahead of the 2013 polls, Kataria had asserted himself as the chief ministerial candidate and declared his intention to conduct a yatra. He was forced to roll back this decision after Raje threatened to quit the party, along with a significant number of MLAs. In 2018, Raje made him assist her in the ‘Gaurav Yatra’.

To compensate, Rajendra Rathore, a seven-time BJP MLA and a close aide of Raje’s, was declared Kataria’s deputy. He had been seen as the frontrunner for the LoP post. 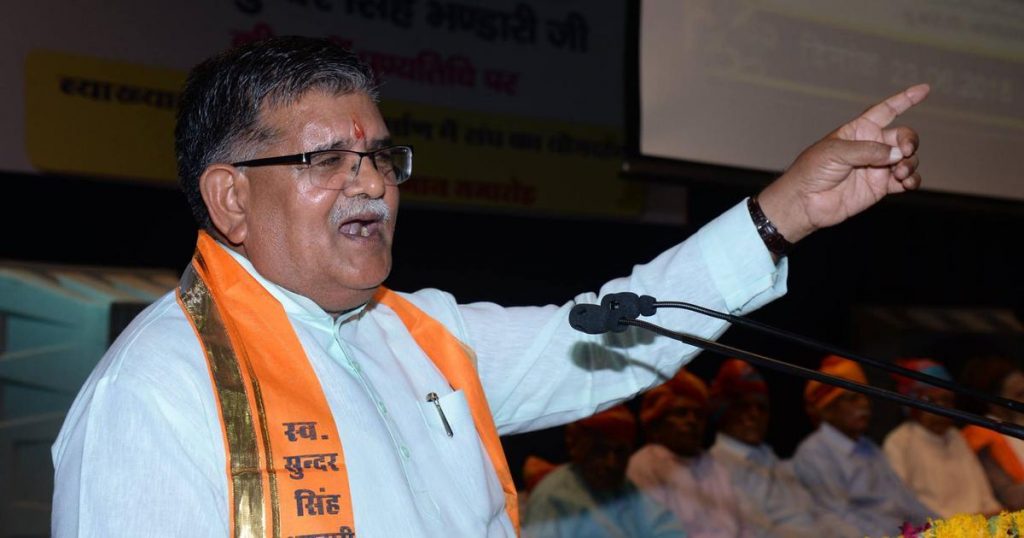 Further, the party appointed another Raje critic, Gyan Dev Ahuja, the state unit’s vice-president. Raje had denied him the party’s ticket from the Ramgarh seat, after which he announced that he would contest independently from the Sanganer seat. After taking up the vice-president post, Ahuja thanked Amit Shah.

Senior leaders in the BJP say that these political developments are not “unnatural”.

Speaking to The Wire, LoP Kataria said, “There is absolutely no question about who would be the chief minister if the BJP comes to power.”

“At this point, we all have to work. There is no competition as such among anyone. It’s the Central leadership which will decide who becomes the CM,” he added.

Asked to comment on Raje’s absence from the core committee meeting, Kataria said, “She has other roles to perform.” This was perhaps a reference to Raje’s role as one of the national vice-presidents of the BJP.

Kataria was also not present at the meeting, as he was campaigning for the municipal elections.

Another leader said that even if Raje is being sidelined, it is a necessary development. “Isn’t it quite natural that the party will look for new and young faces? This happens in every organisation,” said the leader, on the condition of anonymity.