Migration out of villages due to rural distress and environmental degradation are a major issues that the state has suffered from for several years. 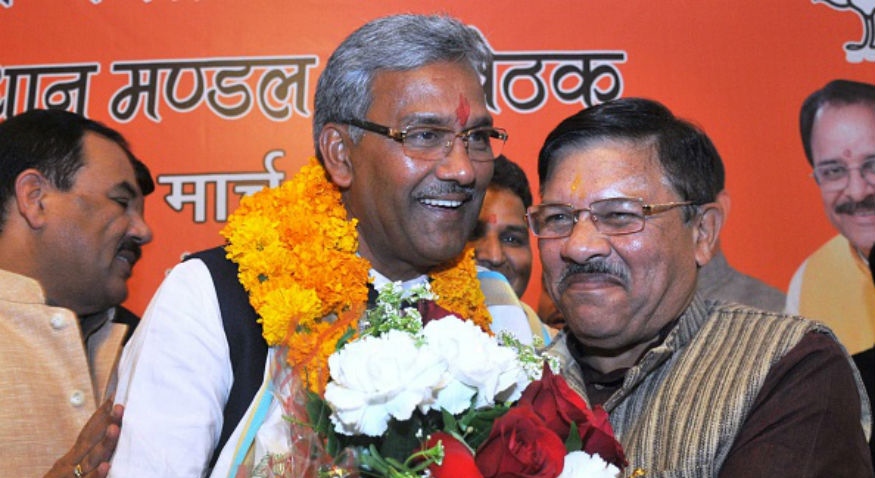 New Delhi: The BJP is likely to repeat its performance of 2014 in Uttarakhand as it is leading on all five seats in Uttarakhand. Even former chief minister Harish Rawat of the Congress is trailing by a margin of over one lakh votes in Nainital. The lowest lead margin for the BJP is in the Haridwar seat where it leading by a margin of little over 23 thousand votes.

Born in 2000, the hill state of Uttarakhand has given resounding mandates to one of the two national parties – Congress and the BJP – every five years.

The BJP maintained its 2014 performance in the 2017 assembly elections held in the state. It won 57 of the 70 seats with the Congress winning 11 and independents won 2 seats.

According to reports, the going is not going to be that easy for the BJP in the 2019 Lok Sabha polls. Stalwarts like Bhagat Singh Koshyari and Bhuvan Chand Khanduri have decided not to contest and anti-incumbency against both the state and central governments could be a factor.

The Congress, on the other hand, is relying on the charisma of former chief minister Harish Rawat who is contesting from the Nainital seat against BJP state president Ajay Bhatt. Despite having lost from both the seats that he contested from in the 2017 assembly elections, Rawat remains the Congress’s top leader in the state.

The Pauri constituency will witness an interesting contest between Manish Khanduri, son of former chief minister B.C. Khanduri of the BJP, who is contesting on a Congress ticket. He is up against BJP stalwart Tirath Singh Rawat.

Despite being plagued by several issues, both the Congress and the BJP have failed to turn them into electoral issues. Migration out of villages due to rural distress is a major issue that the state has suffered from for several years. Several villages in the hill state have now come to resemble ‘ghost’ villages.

Environmental issues in the ecologically fragile Himalayas are also a key concern. The ambitious Char Dham highway project – which plans to connect the four religious destinations through a network of highways – has been met with locals protesting the construction. The project has led to the felling of at least 33,000 trees and has involved the cutting of mountains at right angles.

Locals and environmentalists have argued that the highway has increased the risk of landslides in a state, which is already prone to the risk.