Tirath Singh Rawat's comments on women and children have been slammed by opposition politicians and rights activists. 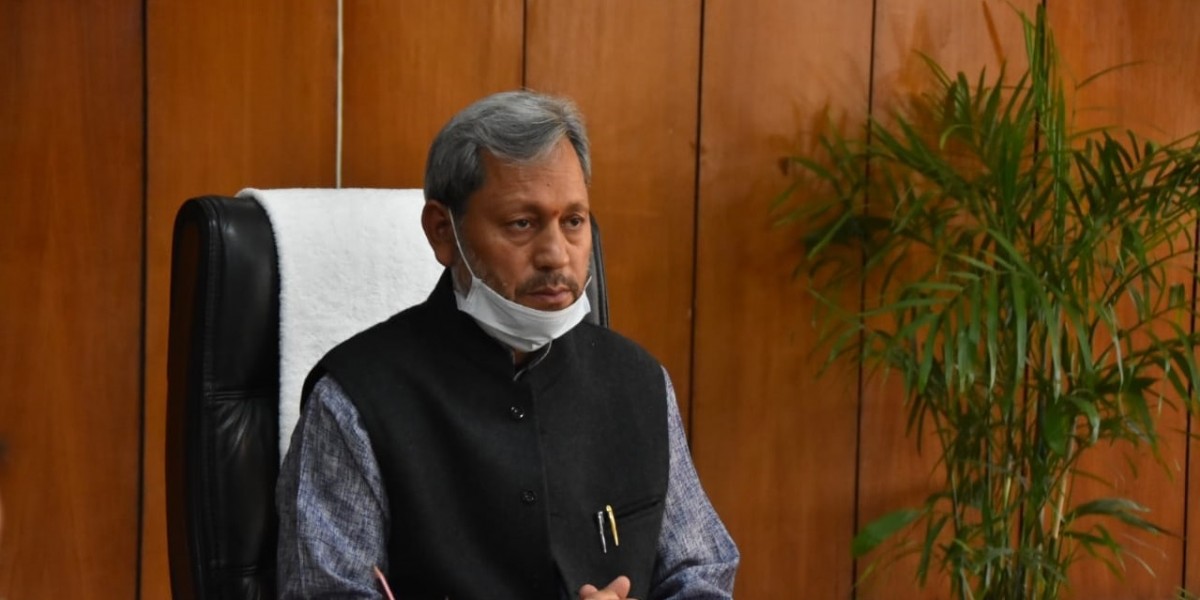 New Delhi: Barely a week into office, newly sworn-in Uttarakhand chief minister Tirath Singh Rawat found himself in a controversy after commenting during a child rights workshop on the kind of example “women wearing ripped jeans” set before the society and expressed his strong dislike for exposure of “bare knees” by children. The remarks by Rawat have been slammed by opposition leaders and women activists.

Rawat made these comments while speaking at a workshop organised by the Uttarakhand State Commission for Protection of Child Rights in Dehradun on Tuesday. According to the Times of India, Rawat said that ‘ripped jeans’ pave the way for ‘societal breakdown’ and are the result of ‘bad example’ set by parents.

He said he was “shocked” to see a woman wearing ripped jeans running an NGO. He asked what kind of an example she would set before society when she meets people.

“If this kind of woman goes out in the society to meet people and solve their problems, what kind of message are we giving out to society, to our kids? It all starts at home. What we do, our kids follow. A child who is taught the right culture at home, no matter how modern he becomes, will never fail in life,” Rawat said.

Apart from women, Rawat also had a word of advice for children. He spoke of how he disliked the display of “bare knees” by them and how “we run towards nudity” when the West has been covering up and following India’s yoga.

“Kaynchi se sanskaar (culture by scissors) – showing bare knees, wearing ripped denim and looking like rich kids – these are the values being given now. Where is this coming from, if not at home? What is the fault of teachers or schools? Where am I taking my son, showing his knees and in tattered jeans? Girls are no less, showing their knees. Is this good?” he asked.

“You’ve come to the university, and showing your body, what will happen?” Rawat said, while lecturing what women should (and should not) wear.

Rawat was not alone at the workshop to speak his mind on the issue. A minister in his government, Ganesh Joshi, demanded that women should give priority to raising their children. “Women talk about all things they want to do in life, but the most important thing for them is to look after their family and children,” he demanded, according to NDTV.

The remarks of the two BJP leaders have been criticised by opposition leaders and women activists alike.

Delhi Commission for Women chairperson Swati Maliwal, who was earlier advisor to Delhi chief minister and Aam Aadmi Party leader Arvind Kejriwal, tweeted that Rawat was probably selected for the post because of this kind of the thought processes he possessed.

She wondered if a leader with such “corrupt mentality” could represent the people well. “He is enjoying himself while commenting on how a woman close by should be looked at from bottom to top and is resorting to character assassination of women who wear ripped jeans,” she said.

In another tweet, Maliwal remarked that the day was not far when Singh would probably impose Unlawful Activities (Prevention) Act (UAPA) on those wearing ripped jeans.

Wearing “#rippedjeans” destroys our culture, it seems. It leads to substance abuse. And a societal breakdown. Women should strictly avoid this sacrilege against our pristine customs, says Uttarakhand CM.

Dear BJP, this is your CM Tirath Singh Rawat: Do you endorse this? pic.twitter.com/9pGQdkxZKp