Uttarakhand, Arunachal and the Tale of Two Courts, Two Decisions

Unlike the Supreme Court which heard the case on Nabam Tuki's ouster as Arunachal chief minister, the Uttarakhand high court accepted Harish Rawat's plea that any delay in granting his prayer could make the result infructuous 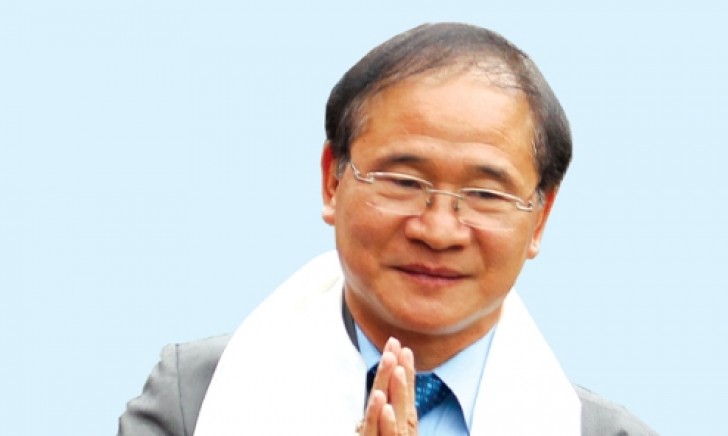 The Uttarakhand high court’s decision to quash the President’s rule in the state, and revive the dismissed Harish Chandra Rawat government stands in contrast to the Supreme Court’s inability to come to the rescue of the dismissed chief minister of Arunachal Pradesh, Nabam Tuki in February.

Like the Uttarakhand high court, the Supreme Court’s constitution bench hearing the challenges to the imposition of president’s rule in Arunachal Pradesh in January, was also apprised of the Centre’s devious design to revoke president’s rule, and install a puppet regime with the support of the Bharatiya Janata Party before the bench could conclude the hearing and deliver the judgment.

However, the Uttarakhand high court accepted Rawat’s plea that any delay in granting his prayer could make the result infructuous – if the Centre went ahead and revoked president’s rule by itself so as to instal a government with the support of defectors and the opposition party.

A similar plea made to the Supreme Court’s constitution bench in February was not successful.

What paved the way for the revocation of President’s rule in Arunachal Pradesh and the formation of another government led by the rebel Congress leader, Kalikho Pul?

The attorney general, Mukul Rohatgi asked the bench not to grant such an application for restraint, as in his view, the decision of the constitutional authority can be annulled by the court, but this application was totally misconceived.

According to Rohatgi, the courts cannot preempt a constitutional authority from taking any decision. The constitution bench implicitly accepted his suggestion, and declined the prayer for interim relief by restraining the governor or the president from revoking president’s rule and swearing-in a new chief minister during the hearing.

At the most, the constitution bench of the Supreme Court was willing to pass an interim order to maintain status quo on February 17 till it examined the judicial and assembly records on disqualification of 14 rebel Congress MLAs by the former speaker, Nabam Rebia.

On February 18, the constitution bench vacated its interim order to maintain status quo, when its perusal of the records showed prima facie that the speaker did not give the rebel MLAs a proper opportunity to be heard before their disqualification as defectors.

The decision to vacate this interim order paved the way for revocation of president’s rule, and the swearing in of Pul as the new chief minister of Arunachal Pradesh.

The Centre, however, volunteered to restrain itself from revoking President’s rule and swearing-in a new chief minister in Uttarakhand only till April 17. Taking a cue from the Supreme Court, the Uttarakhand high court must have realised that it did not have the power to impose such a restraint on the governor or the president, beyond April 17. Therefore, the high court adopted the remedy which the AG himself suggested to the Supreme Court’s constitution bench in February: annul the president’s decision to impose president’s rule.

This still leaves unanswered the question of whether the Supreme Court was indeed powerless to provide interim relief to Tuki in February, while the Uttarakhand high court did not think so on April 21. On February 19, Justice JS Khehar, who presided over the constitution Bench, told Congress counsel Kapil Sibal: “We may agree with you or may not agree with you in the case. But if we agree with you, then everyone knows what will happen. Nobody will take that chance’.

Justice Khehar was responding to Sibal’s apprehension that after swearing-in the new government, following the revocation of president’s rule, the governor’s next step would be to recommend dissolution of the assembly and hold fresh assembly elections in Arunachal Pradesh, and exercise control in the interim through a caretaker government.

This, Sibal said, would render the hearing and the verdict to be delivered by the bench infructuous. Sibal, therefore, pleaded with the bench that it should direct a floor test in the assembly, to preempt the centre’s next move in collusion with the governor of Arunachal Pradesh.

Justice Khehar, however, declined Sibal’s prayer because he felt members of the constitution bench would have different viewpoints, and an order could be pronounced only after all arguments were concluded.   What Justice Khehar meant was that reconciling different viewpoints among the five members of the Constitution bench would take time, rendering the possibility of pronouncing an interim order remote.

There are two limbs to the Arunachal Pradesh case in the Supreme Court.  One was the challenge to the validity of the governor’s summoning the assembly, without the aid and advice of the council of ministers, to take up the motion of confidence in the Tuki government, ahead of its scheduled session.

The governor’s action set off a series of political developments, which resulted in the imposition of president’s rule on January 26.

Splits are now illegal, while mergers are a chimera

The factual matrix in Uttarakhand was different, as the Centre preempted the holding of the assembly session for the trial of strength, as directed by the governor, by imposing president’s rule.

Despite factual differences, however, there is one common issue which would determine the outcome of the confidence vote in both the states.

As Sibal explained to the Supreme Court’s constitution bench, the 91st Amendment Act, 2003 omitted paragraph 3 of the Tenth Schedule to the Constitution, dealing with the disqualification of legislators on the ground of defection. Paragraph 3 held that disqualification on the ground of defection would not apply in case of splits, brought about by one-third of a legislature party.

However, paragraph 4 which protects mergers from disqualification on the ground of defection, remains very much part of the Constitution. However, it is not easy to bring about mergers, as defined by this paragraph.

Although paragraph 4 mandates that two-third members of the legislature party must have agreed for such a merger with another political party or group, it should be preceded by the merger of the original political party (meaning the organisational wing of the party) with that party.

The wording of paragraph 4 is as follows:

“The merger of the original political party of a member of a House shall be deemed to have taken place if, and only if, not less than two-thirds of the members of legislature party concerned have agreed to such merger.”

Sibal contended before the constitution bench that paragraph 4 makes it clear that both the conditions ought to be satisfied, that is, the merger of the original political party as well as of the two-thirds of the members of the legislature party, for MLAs to qualify for exemption from the penalty of disqualification.

Therefore, Sibal argued before the Constitution bench that the decisions on disqualification on the ground of defection must precede the confidence vote, as those who stand disqualified cannot be allowed to participate in the confidence vote, and make a mockery of democracy.   And in this, the speaker’s decision on disqualification under the Tenth Schedule, has finality, which is subject to judicial review by the high courts and the Supreme Court.