The BJP Will Be a Loser, Even if it Wins Uttar Pradesh

It has taken the BJP just seven years in the seat of national authority to cultivate all the bad manners and every single unwholesome calculation that the Congress party took 40 years to finesse. 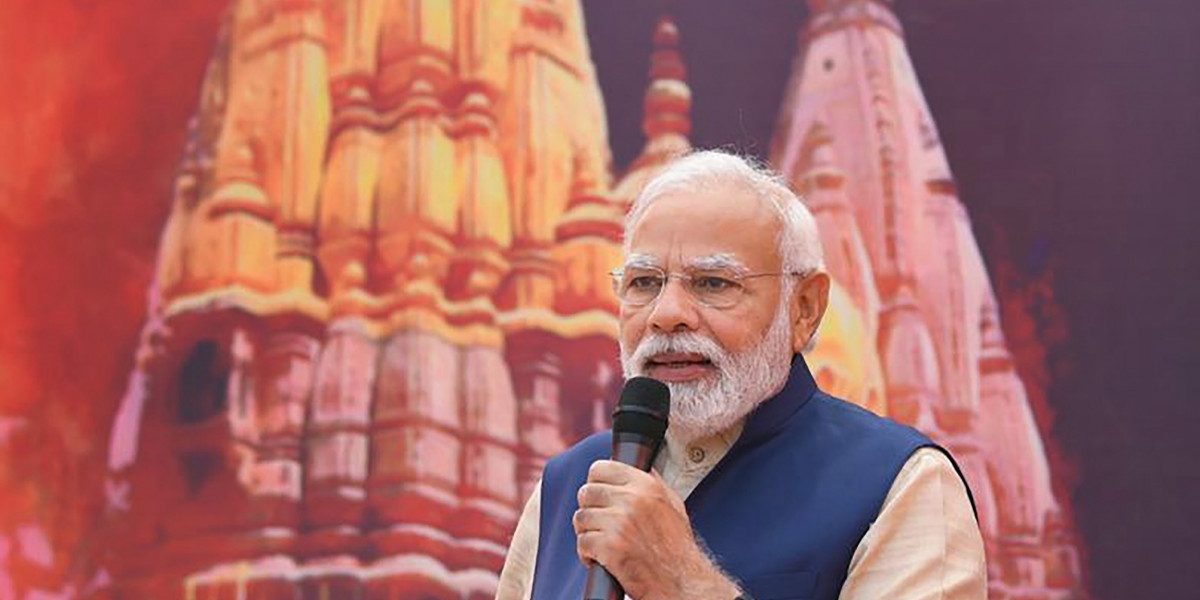 A needlessly long and a deliberately prolonged election period has finally come to an end. By the evening of March 10, we should have a clear idea of who has won enough seats to form the governments in Uttar Pradesh, Punjab, Uttarakhand and Goa; in Manipur, the Union’s agencies have already cooked up the results.

As is inevitable after every such exercise, the winner will seek to ascribe a high moral purpose to their win and claim a renewed mandate for inflicting more infirmities and introducing new absurdities in the body politic. On the other hand, the loser will quibble with the rivals’ devious tactics and devices.

We can do ourselves a favour, and use the lull period of these two days to reflect over the state of electoral democracy and on what this gruelling campaign tells us about how much has changed – and what remains unchanged in India – in our “Naya Bharat”.

1. A few days before Punjab went to polls, a gentleman who calls himself Baba Ram Rahim, a man convicted of rape and other crimes, was released on parole by the BJP-ruled government in neighbouring Haryana. Every reporter in Haryana and Punjab could easily decode the BJP’s electoral calculations: the so-called Baba had influence over voters in some districts of Punjab. The underlying message was also clear – New India’s ruling party will go to any length to secure a few extra votes.

That was not all. This proclaimed criminal was provided “Z+” security by the Union government’s agencies. Only Kafka could think of this scenario, scripted by the self-advertised votaries of sushashan, or good governance.

2. A meeting gets organised – mysteriously, but equally conveniently – between the prime minister and the vastly respected Dera Beas chief just a day before Punjab voters lined up outside the polling booths. And the meeting is instantly advertised by the prime minister on his own Twitter handle – just in case someone failed to discern the political implications of the interaction.

Also read: The UP Poll Is Playing Out Under the Shadow of a Genocidal Call – The Media Forgets This

3. The Vikasshil Insaan Party, a National Democratic Alliance partner in Bihar, is outsourced the job of luring away non-Yadav OBC votes in neighbouring eastern UP. A Patna-datelined story in The Hindu read:

“VIP Chief Mukesh Sahani has been campaigning hard for his party candidates. Mr. Sahani has been referring to former bandit-queen politician Phoolan Devi in his speeches and distributing her posters and statues, apparently to woo voters of Mallah/Sahani (fishermen) community whose sizeable number could play a decisive role in many assembly constituencies of eastern UP.”

This is a relapse into the unreformed caste-driven politics of the 1990s, pursued now by the custodians of the much-touted “Naya Bharat”.

4. In campaign meeting after campaign meeting, the Union home minister insists on repeating his charge about how during the Samajwadi Party rule five years ago (2012-17), the UP government did not provide electricity during Diwali and other Hindu festivals. Whatever the merit in the home minister’s allegations, it is a simple and uncomplicated stoking of religious prejudices and animosities. Evidence would suggest that this communal pitch was falling on deaf ears, but the modern-day Chanakyas remain prisoners of their own twisted take on the Hindu-Muslim equation. Leopards do not change their spots so easily.

These are just a few random samples out of thousands of dots, but the pattern is quite clear: they represent calculated unprincipledness, a cultivated disdain for moral politics, and a cunning appreciation for tribal affinities. This is not the modernist mindset that is hawked to ‘aspirational India’ and to the foreign investor. A distinct shabbiness at the very core is clearly discernible.

Yes, the cynics would protest, this all politics. Admittedly, it is entirely natural and legitimate for a political party and its leadership to want to retain power. In a non-constitutional situation, a self-styled clique finds it easy to arrogate to itself the righteous mandate of the “revolution” to degrade and shut down the opposition. The former Soviet Union, China and Iran are prime examples of this kind of monopolistic usurpation of power. The Shahenshah and Shah regime, however, finds itself having to contend with a democratic framework. For now, they can only grumble about too many elections.

Perhaps some village idiot in the Modi crowd will point out that “you need to win elections before you can become a statesman”. Granted. But this is precisely what the old, soiled India was all about.

This is how in the ‘good old days’, Congress strategists rationalised their illicit entanglements with criminals and communal and caste power-brokers. The consequences of this cumulative indifference to the imperatives of good politics have now hobbled the grand old party so spectacularly that it is a poor shadow of its former self.

The question that stakeholders in all working democracies need to confront is this: can a leader, group and party produce good governance while resorting to clearly unwholesome tactics? The question is not academic because in Uttar Pradesh, the BJP has resorted to every single dirty trick in the book, and then some.

Now, over-awed Delhi reporters are telling us, without a hint of disapproval, how the leaders of ‘New India’ would be ready with money to purchase newly-elected MLAs and procure a government for their party come what may. Besides a vastly overstuffed tijori, we are told, the Chanakyas have contingency plans for using the Raj Bhavans and Article 356 (in Punjab) to snatch victory from the jaws of defeat.

What should be most depressing is the easy, untroubled acceptance among the so-called “modernists” and “reformers” in Modi’s coalition of this utterly unprincipled political strategy.

This is perhaps Modi’s great success: how he has so sucked the Anna Hazare crowd of 2011  – the retired IFS-IAS-IPSj and judicial fraternity, corporate executives and business magnates, middle class professionals – into this black hole of moral squalor.

It has taken the BJP just seven years in the seat of national authority to cultivate all the bad manners and every single unwholesome calculation that the Congress party took 40 years to finesse. Consequently, it is poised to lose its grip over national politics faster than the Congress did. The writing on the wall is quite legible.

There is, however, another silver lining to this whole unpromising ambience. The Rashtriya Swayamsevak Sangh has suffered its most serious erosion these past seven years. Here is a group of self-appointed overseers of Hindu renaissance in India that is Bharat; they proudly ‘loan’ their supposedly pure and uncontaminated swayamsevaks into the electoral battlefields to pull the BJP’s dirty chestnuts out of the fire. These middle-ranking commissars become a daily witness to the BJP’s use of money power, liquor and mafia dons, and abuse of the district magistrate’s office to steal a few votes here and a few votes there. These daily encounters with shoddy, ugly practices cannot but leave their imprint on the ‘chaste’ swayamsevak.

The only gain for the RSS has been the Z+ security for its chief (the same arrangement that was made for Baba Ram Rahim). After seven years of the Modi era, the Nagpur bosses stand depleted of their self-proclaimed moral lustre. In the long run, this is a worthwhile democratic dividend. Maybe the RSS’s loss is Indian democracy’s shining moment. Neither national greatness nor a cultural renaissance can be accomplished by shallow men trafficking in shabby calculations.