As BJP Exodus Leaves Modi, Shah and Yogi Tense, Keshav Prasad Maurya Has Nothing To Lose

Though he saw himself as the frontrunner for the CM post in 2017, Maurya had to be content as the deputy. Whether the BJP wins or loses in the upcoming elections, his significance will only grow. 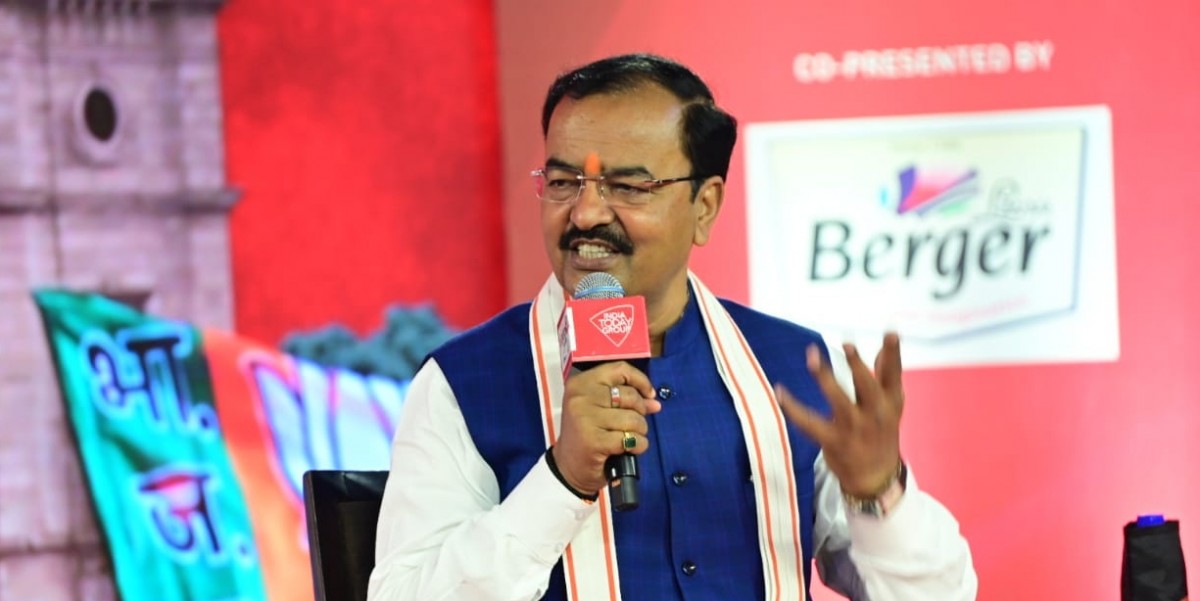 It was March 16, 2017. Keshav Prasad Maurya’s blood pressure was shooting up and a sudden gush of anxiety gripped him – he landed in the intensive care unit (ICU) of the Ram Manohar Lohia Hospital.

The BJP had secured a massive victory in Uttar Pradesh’s assembly elections, winning 325 seats. Maurya was then the state BJP president and the party’s most prominent leader from the Other Backward Classes (OBCs). He had played the key role of helping the party’s outreach among the non-Yadav OBCs.

He was largely credited with making sure that other OBC leaders like Swami Prasad Maurya, Om Prakash Rajbhar, Dara Singh Chouhan, Dharam Singh Saini to join the BJP or form an alliance. Today, these leaders and many others have rebelled and joined the Samajwadi Party (SP).

Though the BJP had contested the 2017 elections by putting Prime Minister Narendra Modi – at the apogee of his popularity then – at the forefront, Maurya apparently thought of himself as the “natural choice” for the chief minister’s post. But almost a week had gone by and many other names – Rajnath Singh, Manoj Sinha and Yogi Adityanath – were doing the rounds in the media and not his.

On March 16, then BJP national president Amit Shah said, “It is Keshav Prasad Mauryaji who will decide on who will be the UP CM. Anyone who is appointed as the CM will have Mauryaji’s stamp of approval.”

Soon after this statement, Maurya landed in the ICU. A pall of gloom had descended on his camp in Lucknow. Shah’s statement made it evident that Maurya was not in the party’s consideration for the top post. Shah lost no time in meeting Maurya at the hospital and wished for his speedy recovery. After he was released from the ICU the next day, Maurya repeated what Shah said. “I am not in the race for the CM’s post. I will help the party in selecting the CM.”

Modi-Shah wanted neither Maurya nor Adityanath

Veteran journalist Jaishankar Gupta, who has observed Uttar Pradesh’s politics for nearly 40 years, said that though Maurya may have dreamt of becoming the CM, he would have known that the RSS’s top leadership, rooted to the Hindutva agenda, would not seriously consider him for the role. “The RSS-BJP effectively used Maurya to get traction among the OBCs. His role was over after that. After the results were announced, the RSS wanted someone who could carry forward the Hindutva agenda in a more radical way as the CM,” he said. 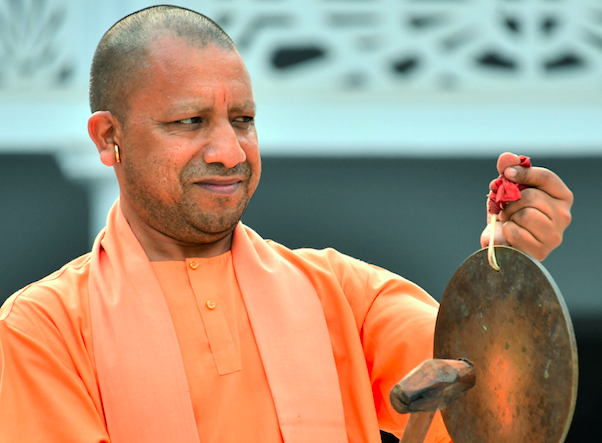 In fact, Modi and Shah did not want Adityanath – the Mahant of the Gorakhnath peeth and MP from Gorakhpur for a fifth term – as the CM either. The grapevine had it that Modi-Shah wanted Manoj Sinha – then the junior railway minister and now Jammu and Kashmir lieutenant governor – as the CM. Sinha was from the Akhil Bharatiya Vidyarthi Parishad (ABVP), baptised in the RSS’s philosophy from the beginning of his public life. But he was known as a relatively moderate and accommodative leader in the mould of Sushil Kumar Modi of Bihar and at the same time “trustworthy” to Modi and Shah.

On the other hand, Modi-Shah looked at Adityanath as a “threat” to Modi’s persona as the “Hindu hriday samrat”. In many ways, Adiyanath resembled Narendra Modi in his style of functioning and had a mind of his own. He had his own outfit – the Hindu Yuva Vahini, a radical Hindu group that was separate from the RSS. The Vahini mostly had Thakur youths as members and was committed to Adityanath, no one else. As such, the duo was wary of someone who could “hijack” the Ayodhya plank from them.

Also Read: Caste and the Prospects of Modi and Yogi in the Uttar Pradesh Elections

But the RSS top brass wanted to have Adityanath as the CM for two reasons. First, because Modi as PM had to contend with international relations, Aditynath, operating as the CM, can push the radical Hindutva agenda in a more aggressive manner. Secondly, the RSS wanted someone second in line to Modi. It saw Adityanath as the “best choice” at that stage.

The RSS eventually got its way on March 19, 2017. Maurya and Dinesh Sharma, an RSS man, took oath as deputy CMs. However, there was a perennial tug of war between Adityanath and Maurya. The former never gave the importance that Maurya thought he deserved. A few months ago, a picture of Adityanath and Sharma seated in chairs, with Maurya on a stool between the two, went viral.

But Modi and Shah never allowed Adityanath to live in his comfort zone. The duo made many moves to cut Adityanath to size, most importantly when Arvind Sharma, a Gujarat cadres IAS officer, was parachuted into Lucknow. Subsequently, speculation was rife that the party ‘high command’ wanted Sharma – a close confidante of the PM – to become UP home minister. But Adityanath was able to counter the high command’s moves.

That Modi kept Adityanath on the sidelines while laying the shilanyas of the Ram Mandir at Ayodhya in 2020 and also while inaugurating the Kashi-Vishwanath corridor on December 13 was part of his efforts to keep himself as the focal point of the UP campaign and prevent Adityanath from hogging the limelight. 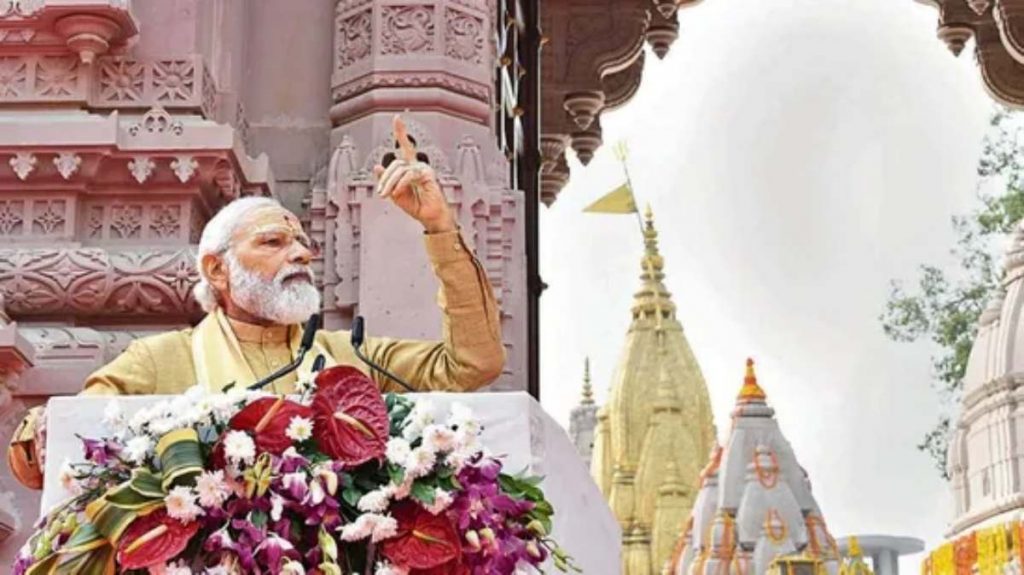 The sudden exodus of three ministers and several more MLAs from the BJP to SP has put the saffron party in a quagmire.

“There is no place for the poor and marginalised sections in the BJP. Adityanath has humiliated the backward classes and marginalised sections. The BJP will be reduced to double digits,” said Swami Prasad Maurya, soon after quitting his ministerial post and joining Akhilesh Yadav’s camp. Dharam Singh Saini and Dara Singh Chouhan, the other two ministers who have resigned, also repeated Swami Prasad Maurya’s allegations. Analysts are also wondering about the impact that the exodus of the OBC will have on the BJP’s prospects.

Before the BJP leadership allotted the Gorakhapur (urban) seat to Adityanath, reports suggested that he wished to contest from Ayodhya or Mathura – in line with his ambition to project himself as the bigger Hindutva icon at the national level. But apparently, the party leadership has cut him to size again. Other reports say that Adityanath himself wished to contest the Gorakhpur seat because he didn’t want to depend on the RSS-BJP’s cadres in untested and unsure terrain.

Whatever may be the reality, Adityanath is tense. His camp is wary that he might not be able to retain power if the departure of OBC leaders also means that the voters from these communities – who constitute 36% of voters in the state – desert the party. At the same time, the exodus has also made the BJP’s top leadership anxious. The party was pushing its radical Hindutva plank but is now forced to rethink. It is now seeking to project Modi as the biggest OBC leader and it is likely that the party will now focus its campaign on the Adityanath government’s welfare programmes.

In this situation, Keshav Prasad Muarya has nothing to lose. If the party wins, he will once again be in the race for the CM post. And if the BJP loses, it can ill-afford to ignore him – he might even find a role in the Union government as he is one of the few OBC leaders in the state.