Given her lack of a support base, Aparna Yadav joining the BJP may not be the flex the saffron party is making it out to be. 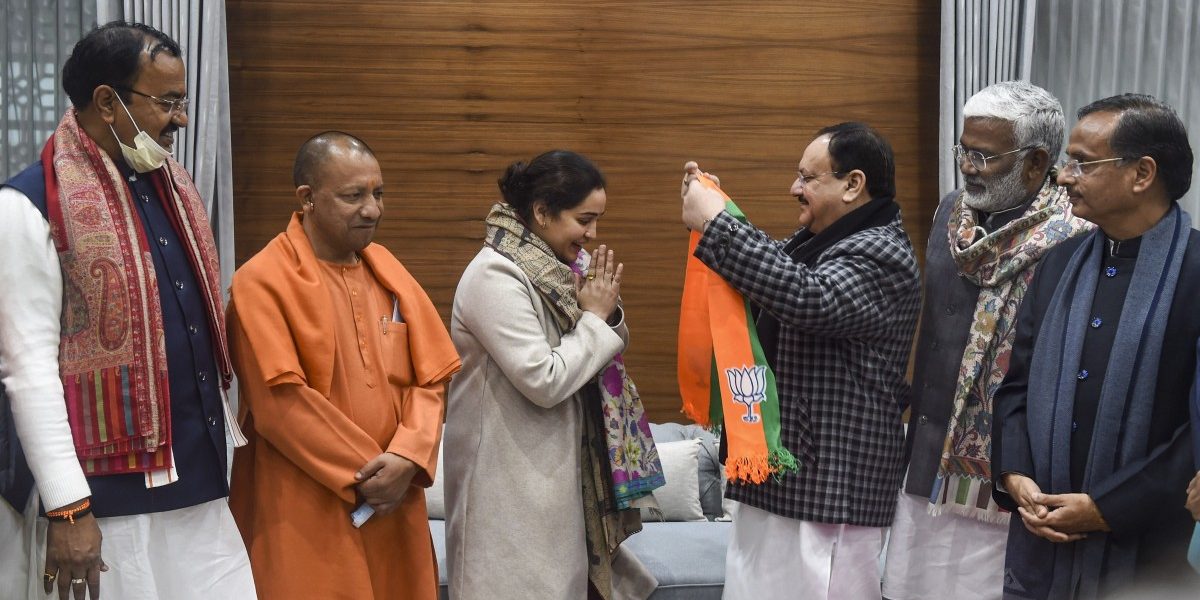 New Delhi: Even as the Samajwadi Party was caught in a family feud ahead of the 2017 assembly polls in Uttar Pradesh, with party supremo Mulayam Singh Yadav and his brother Shivpal Singh Yadav on one end and chief minister Akhilesh Yadav on the other, Aparna Yadav, Mulayam’s second daughter-in-law, had drawn attention.

As Akhilesh was pulling strings in the party to get total control, Mulayam had decided to stay away from the election campaign. The only time he came out to address a rally was for Aparna, who was contesting from Lucknow Cantt against Rita Bahuguna Joshi, the former Pradesh Congress president who had switched over to the Bharatiya Janata Party in the run-up to the polls.

In the rally, he made an emotional appeal to the crowd to support Aparna, his daughter-in-law, and asked people to think of their vote for Aparna as not a mandate for SP but for an integral member of his family.

Aparna, the wife of Mulayam’s second son Prateek Yadav, lost the election to Joshi by a heavy margin. Since then, she kept away from the public glare only to resurface again ahead of the 2022 polls when on Wednesday she joined the BJP in the national capital, in the presence of UP’s deputy chief minister Keshav Prasad Maurya and BJP’s state president Swatantra Dev Singh.

Over the last five years, when Akhilesh brought all the competing camps within his party together, Aparna and Prateek Yadav were conspicuously missing from discussions. Today, Shivpal Singh Yadav has joined ranks with Akhilesh and so has Mulayam Singh Yadav, who has made multiple public appearances of solidarity with the former SP chief minister ever since he lost the 2019 parliamentary elections that he fought in alliance with Bahujan Samaj Party supremo Mayawati.

It was assumed that Prateek and his family may have been placated too, but as is evident now that was not the case. Sadhana Gupta, Mulayam’s second wife and Prateek’s mother, had refrained from making any political remarks. Prateek, too, had focused his attention on his different businesses rather than getting caught in the political tug-of-war with Akhilesh.

The only reason that observers still believed Sadhana Gupta’s family may not have lost interest in politics entirely was because of Aparna – whose occasional remarks praising the initiatives of the BJP governments, both in the Centre and the state, kept her in public attention.

Sadhana Gupta has never hidden her rivalry with Akhilesh. She has often positioned herself as a victim of Akhilesh’s monopoly over the party and its resources, and taken a critical stance against Akhilesh’s rule. With Prateek choosing to remain focused on his businesses, Aparna Yadav is perceived as the political personality articulating Mulayam’s second family’s interests. Her praise for the BJP’s initiatives in governance is, therefore, seen in the same light. 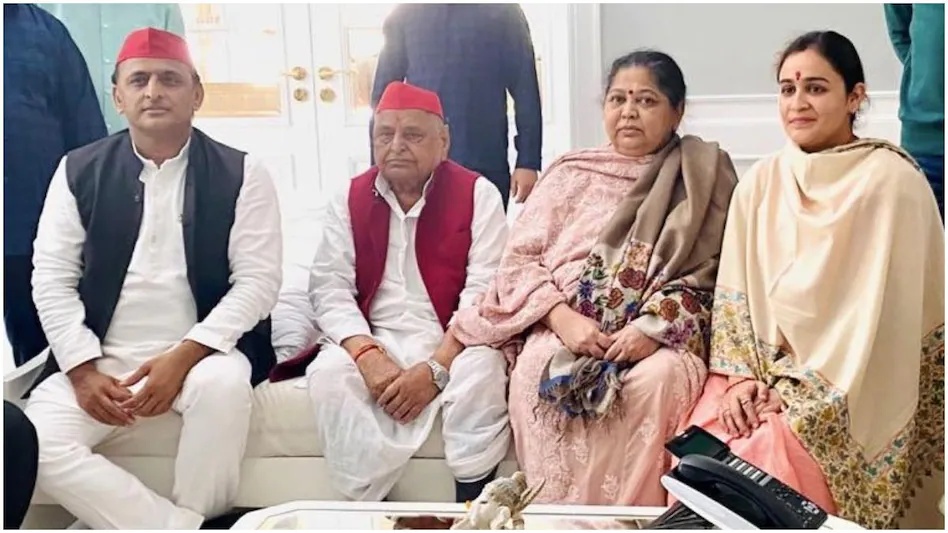 Over the few years, Aparna has drawn attention by praising chief minister Adityanath’s policies on gaushalas, has donated Rs 11 lakh for the upcoming Ram temple in Ayodhya, and supported the Centre’s plan to carry out a National Register of Indian Citizens exercise and the Citizenship Amendment Act. She has also applauded Prime Minister Narendra Modi on multiple occasions, including his handling of the pandemic even as the opposition found glaring loopholes in it. She also celebrated the dilution of Article 370, and has publicly criticised caste-based reservations.

Her proximity to the BJP has hardly been a secret in Uttar Pradesh. For months now, speculation has been rife in Lucknow about her joining the BJP ahead of the assembly polls. Now that this has happened, it is believed that the saffron party may field her in Lucknow Cantt, from where Rita Bahuguna Joshi, now the BJP MP from Allahabad, is also believed to be seeking an election ticket for her son Mayank Joshi.

It is widely known that Akhilesh has sidelined Aparna from party affairs as he tightened his grip on the party and hasn’t taken her criticisms well. By putting the spotlight on Aparna, the BJP will now attempt to deflect attention away from the crisis it is currently facing after the exit of several OBC legislators, including three cabinet ministers, from its ranks. The almost simultaneous exodus of stalwart OBC leaders, including Swami Prasad Maurya, from the party to the SP has cracked the party’s OBC base.

Lucknow-based senior journalist Sharat Pradhan told The Wire, “The long-drawn family feud in the SP shifted the focus of the electorate away from the achievements of the SP government in 2017. In fact, Akhilesh too was caught up in getting his party together and failed in taking his message of ‘Kaam bolta hai’ successfully to the people. The family feud was one of the primary reasons why the twin planks of Hindutva and vikas worked out so well for the BJP in 2017.”

The SP is perceived as a united party at the moment. However, with Aparna Yadav joining the BJP, the saffron party will surely attempt to steer the political narrative towards SP’s family feud once again, in what is an apparent defence for the party that is facing a palpable anger in the state for a range of issues such as growing unemployment, price rise, mishandling of the pandemic, agrarian crisis, and for allegedly encouraging caste discrimination in the state.

However, there may be only one snag. Aparna, with no mass base or political stature, is a non-entity in the state’s politics, and may end up serving the BJP as a totem more than anything else.