Haryana has India’s worst child sex ratio, the number of females per thousand males in the age group 0-6, followed by Punjab (846) and Jammu & Kashmir (862). 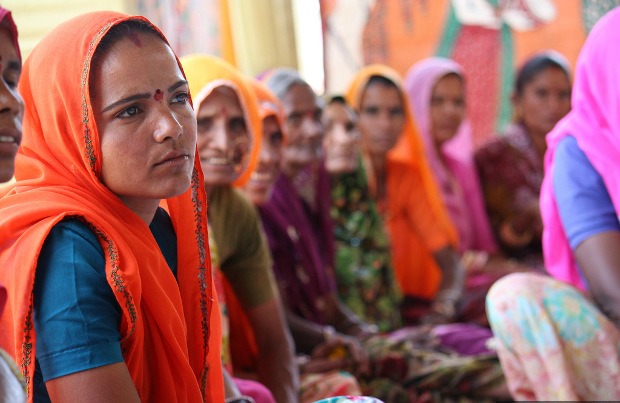 Uttar Pradesh, Rajasthan and Bihar are the worst states to be a woman, reveals an IndiaSpend analysis of social indicators and demographic data of Indian states.

“We are dealing with a perfect storm when it comes to UP, Bihar and, to a little lesser extent, Rajasthan,” said Sonalde Desai, a demographer, senior fellow at National Council of Applied Economic Research (NCAER) and professor of Sociology at University of Maryland, in reaction to our analysis. “Historically, these states, and I mean both people and government, have not tended to emphasise investments in women and lagging economic development has focused their priorities elsewhere. But I think Rajasthan is breaking out of this rut and we should see quite a bit of improvement there.”

As many as 376 million people live in UP, Bihar and Rajasthan – more than the populations of the US and the UK combined.

Here are eight indicators we considered from the Sample Registration Survey 2014—released in June 2016— the Census 2011 and the National Crime Records Bureau. The three states may not do worst in all indicators individually but collectively, they find the most mention.

1. Mean age of females at marriage: Women in West Bengal marry youngest (19.3 years), followed by UP and Rajasthan (19.4 years for both).

UP has the largest number of girls married between 10-19 years (2.1 million) in India, followed by West Bengal (1.3 million) and Bihar (1.25 million). One in four women in Rajasthan marries before the legal age of 18, as IndiaSpend reported here and here. 2. Maternal mortality rate (MMR): This is the number of women who die from pregnancy-related causes while pregnant or within 42 days of terminating a pregnancy for every 100,000 live births.

It aims to provide ante-natal care for 30 million pregnant women on the ninth of every month from a specialist. Where government doctors are not available, those in private practices will join the effort. The reproductive lifespan of UP women is followed by those in Rajasthan (9.2 years) and Bihar (9.1 years), all above the average Indian reproductive span of 6.6 years.

The correlation between reproductive span and high fertility rates holds true for Rajasthan and Bihar too, with rates of 3.99 and 3.97 respectively. The average Indian fertility rate is 3.3.

Average births decline with an increase in education levels: the average births for women in India who are graduates and above is 1.9, against 3.8 for women who are illiterate, IndiaSpend reported in May 2016.

UP, Rajasthan and Bihar have female literacy and education levels below the Indian norm, as we will see later. Note: Reproductive span is the number of years between the first birth and last birth for a child bearing woman. 4. Average household size, percentage of households of six people or more: Households in UP are India’s largest, an average of 5.6 people, another indication that women bear more children than other states. This also means they have the largest burden of housework.

After UP, Rajasthan (5.5) and Jharkhand (5) report India’s largest families. UP has a crime rate of 38.4, while Bihar’s rate is 31.3, these seemingly low rates likely due to low reporting of cases and fudged statistics, as IndiaSpend reported here and here.

India reports 26 crimes against women every hour, or one complaint every two minutes, IndiaSpend reported in September 2015. If as many women as men worked outside home, India’s $2-trillion (Rs 134 lakh crore) gross domestic product (GDP) would increase by 27%, IndiaSpend reported in March 2016. UP is not among the five states with the worst CSRs, but its 902 is lower than the national average of 918; Bihar performs considerably better with a ratio of 935. Apart from UP, Bihar and Rajasthan, a closer look at the data reveals that two indicators of female emancipation for Jammu & Kashmir (J&K) are worsening.

For instance, J&K is among the worst five states in average household size, percentage of households with families of six people or larger, child sex ratio, literacy rate and female work-force participation rate. Of these, the child sex ratio and female work-force participation rate have worsened since 2001, while the other indicators have improved.

J&K is the only state, apart from Rajasthan, which saw an absolute decline in CSR over 10 years to 2011; the CSR declined from 941 to 862, which means fewer girls are being born. Since maternal and child mortality has improved since 2001, it can only mean that girls are being aborted.

Devanik Saha is a freelance journalist based in New Delhi.