With Upendra Kushwaha Joining UPA, Opposition Prospects Get a Boost in Bihar

Disenchanted with the BJP over its offer of seats for the upcoming parliamentary polls, Kushwaha also said Nitish Kumar "wanted to destroy" him and his party. 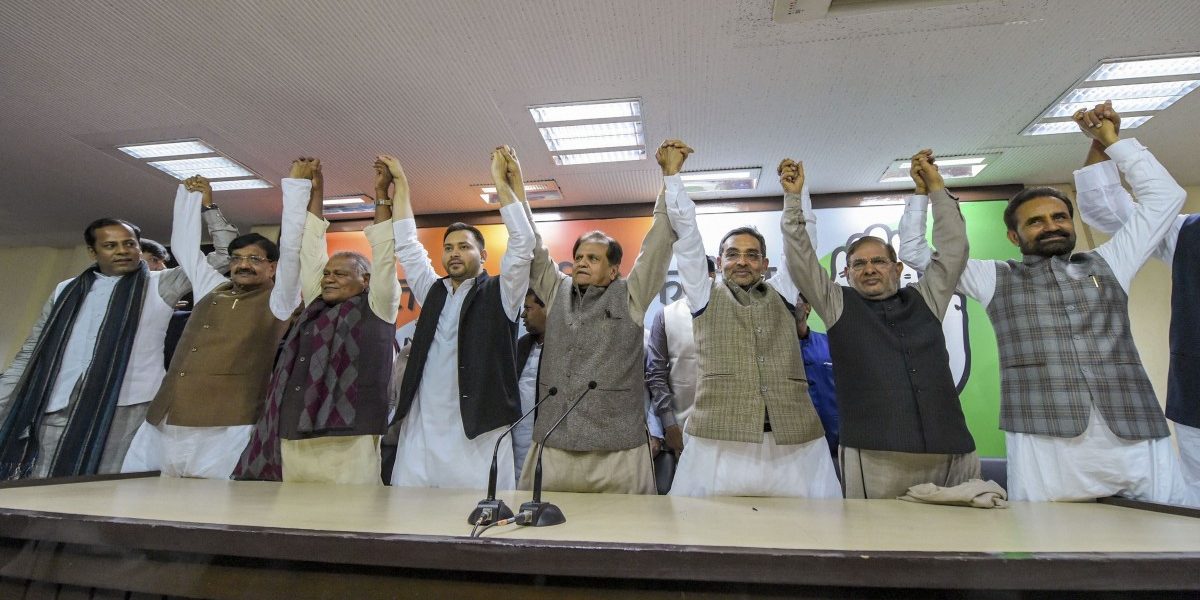 At a press conference in the All India Congress Committee (AICC) office, Kushwaha said, “The alliance of RLSP and other UPA constituents is not merely an electoral formula. It is a coming together of similar ideologies.”

“Yeh dalon ka mel nahin, dilon ka mel hai (This is not a marriage of different parties but of hearts),” he added.

Over the last few months, Kushwaha had been upset over the way both the BJP and the Janata Dal (United) had sidelined smaller NDA constituents – like his party in Bihar. Former chief minister Jitan Ram Manjhi’s Hindustani Awam Morcha (HAM) has already left the NDA.

The process of Kushwaha’s eventual departure from the NDA began when the BJP said it was ready to give only two seats to the RLSP for the 2019 parliamentary polls, as against the three it gave to the party in 2014. RLSP spokesperson Madhaw Anand had told the media earlier that the party would not settle for anything less than three.

The former minister’s equation with the BJP particularly deteriorated when the Janata Dal (United) deserted the Rashtriya Janata Dal (RJD) and formed the state government with the saffron party in 2017. Kushwaha and Kumar have been known as arch-rivals since the time both were part of the Janata Dal. Both leaders emerged from the socialist movement, garnering support from their respective caste groups.

Also read: In Bihar, Kushwaha’s Dissent Against NDA May Tip the Scale in Favour of Opposition

His displeasure became more evident when the BJP gave in to Kumar’s pressure and declared that both JD(U) and the saffron party would contest an equal number of seats in 2019. This left little room for smaller parties. Ram Vilas Paswan, Lok Janshakti Party (LJP) leader and Union minister, is also apparently unhappy with the seat-sharing formula. The LJP contested seven seats in 2014 and won six.

It is in this context, Kushwaha said, “Nitish Kumar wanted to destroy me and my party because even when I was in the NDA, my party has been raising concerns on the poor education system in Bihar.” 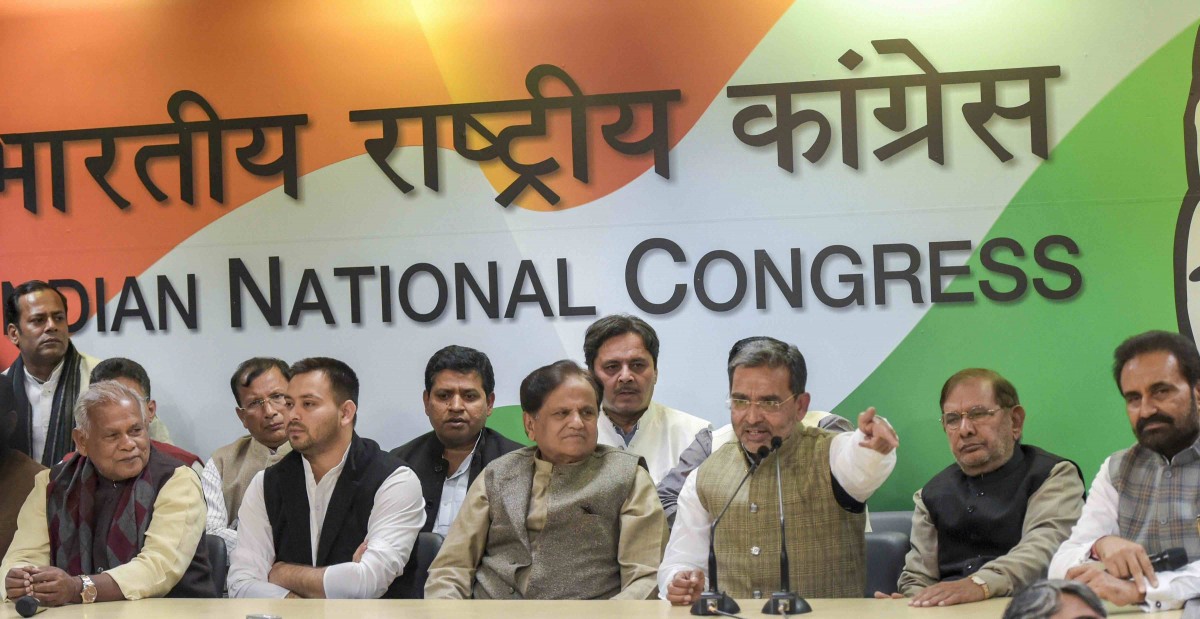 He said that Kumar insulted him by calling him “neech” (lowly) when he appealed to the state government to implement his 25-point programme to resurrect the state’s dying education sector.

He also alleged that Prime Minister Narendra Modi remained silent when he was insulted.

“My disenchantment with NDA is not only on the basis of the seat-sharing formula. Prime Minister Narendra Modi has ignored all issues of social justice over the last four years. I have constantly raised such issues in the government but none heard them. It was a matter of self-respect for me,” said the Lok Sabha member from Bihar’s Karakat. 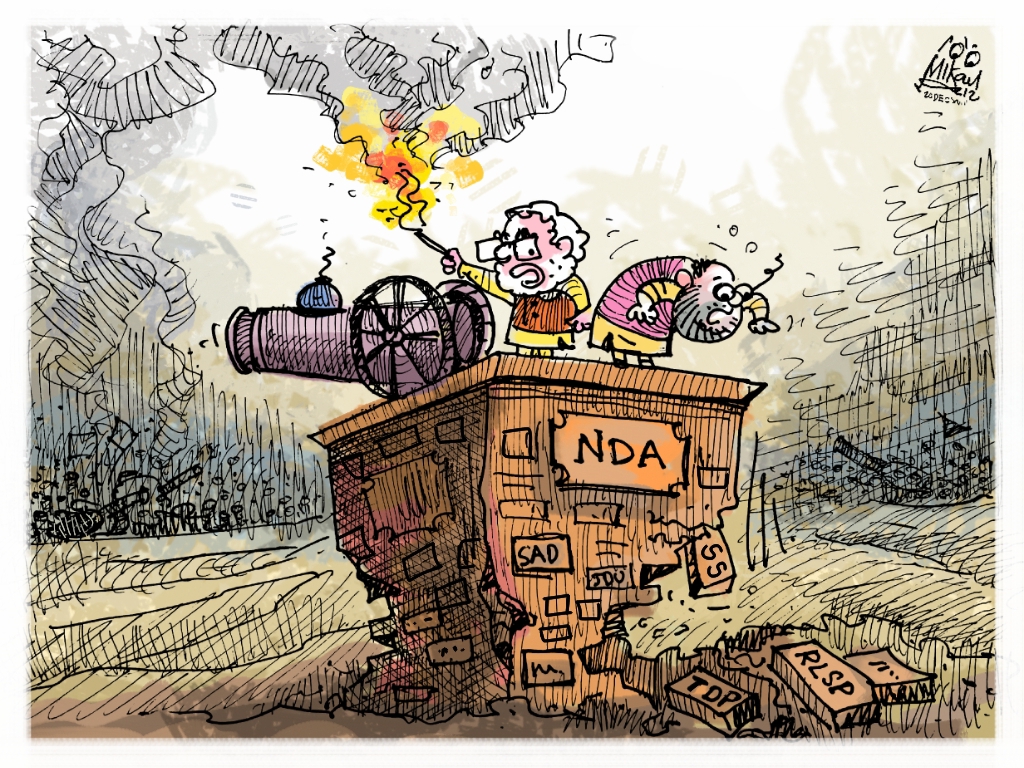 Also read: Bihar’s People Are the Ones Paying for Its Rudderless Government

A formidable alliance in Bihar

With RLSP joining the UPA, the opposition alliance has become stronger in Bihar – a state which sends 40 members to the Lok Sabha.

Bihar is thus poised to see a bipolar contest between two clear political fronts, lending greater credibility to the notion of a united opposition.

Although the seat-sharing formula has still not been decided, political observers say that RJD may contest 20-22 seats, while the Congress will contest 8-10. The remaining 10 will be shared by the smaller parties.

What is clear at the moment is that the opposition alliance will attack both the Centre and the state government on their failure to keep their poll promises.

Welcoming Kushwaha, Tejashwi hinted at this political approach. “Modiji promised Rs 1.25 lakh crore financial assistance to Bihar in his campaign. Where is it? Not even a penny has come Bihar’s way and my chacha (uncle) Nitish Kumar appears to have no problem with it.”

He went on to say that the UPA’s will be a “positive” government. “Our fight against the NDA is not merely electoral. Hamaari ladaai desh ke samvidhan ko bachane ki hai. Hamara samvidhan khatre mein hai. (Our struggle is to save India’s constitution which is under an unprecedented attack under NDA).

“Modiji has refused to grant special status to Bihar. I want to tell everyone that our country will grow only if a backward state like Bihar is given enough support by the Centre,” the former deputy chief minister Tejashwi said.