UP Shows Growing Importance of Food Policy in Regional Politics

It will be interesting to see if UP's new farm loan waiver expands into a new social policy for the state. 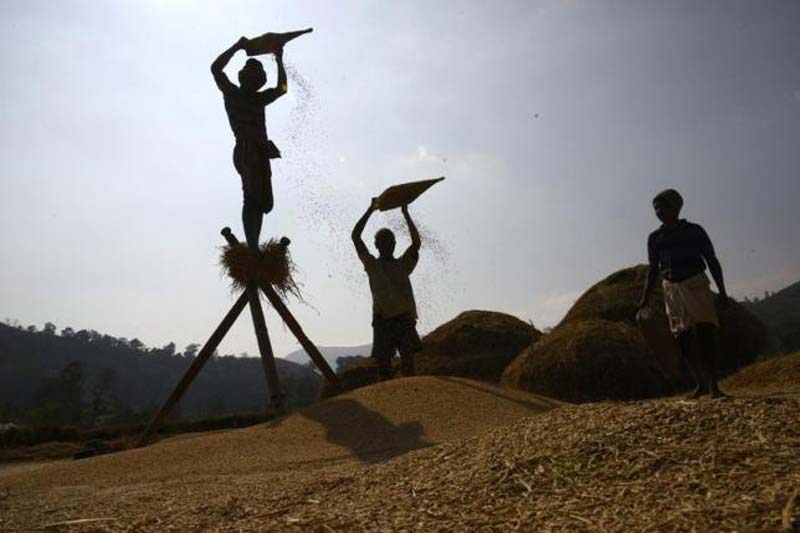 In his first cabinet meeting as UP chief minister, Adityanath announced a loan waiver of upto Rs 1 lakh for small and marginal farmers. In addition, he announced the assured procurement of wheat from the farmers upto eight metric tonnes. The state government also announced a bonus of Rs 10 per quintal over and above the central government’s minimum support price (MSP) for wheat. While this was in fulfilment of the promises made by the BJP ahead of the polls, the RBI and finance ministry were visibly upset. RBI governor Urjit Patel was concerned about its impact on credit discipline, increasing the problem of what economists call ‘moral hazard’. This would ultimately lead to an increase in bad loans for banks. Finance minister Arun Jaitley distanced himself from the decision, saying the state government will have to find its own resources for the waiver. With 59% of UP’s population engaged in agriculture, farmers constitute a very influential electoral bloc in the state. So, this seems a smart political decision, economics be damned.

But it is difficult to remain unconcerned about the economics of these populist announcements, which have become the order of the day. It has been widely established that farm loan waivers do not lead to much economic gain. In fact, they skirt the structural issues ailing Indian agriculture. A World Bank study has shown that banks tend to reallocate credit away from districts where bailouts are higher. Still, calls for farm waiver schemes resonate across political parties and multiple state governments, regardless of their ideological leanings.

The subtler problem of grain procurement

While loan waiver schemes immediately catch the media’s attention, announcements of greater food procurement fail to create the same kind of frenzy. Part of the problem is that while the macroeconomic impact of loan waivers is relatively straightforward, the implications of greater food procurement are more nuanced. A recent report by a Delhi based think tank, Indian Council for Research on International Economic Relations, endorses Adityanath’s decision to expand the procurement operation – it sees this as crucial for propelling UP’s agricultural growth in the right direction. The avowed idea behind promoting greater procurement is to reduce the role of middlemen in the marketing channel and bring a greater number of farmers under the ambit of the state’s procurement machinery.

Although grain procurement has a long history that stretches back to India’s colonised days, the Shanta Kumar Committee’s 2015 report, ‘Reorienting the Role and Restructuring of Food Corporation of India’, says that only 6% of the country’s farmers directly participate in selling wheat or paddy to the procurement agencies. Much of this 6% is concentrated in Punjab and Haryana. Historically, these states have been the preferred region for the procurement of grains. While advocating a reduction in government’s intervention in food markets, the committee’s report also calls for the procurement to shift towards the eastern states. But this will require the exchequer to bear a huge cost and squeeze the state coffers. Financing these schemes, especially when fiscal deficits have increased over time in UP, will not be so easy.

Ignoring bad economics and studying the greater procurement promises from a comparative perspective, this announcement is nothing but an extension of how India’s polity has evolved over time and reflects how regional interests have come to dominate the political debate. The decision to increase government intervention in the food market is a continuation of the historical evolution of India’s polity on three fronts – greater rural focus, assertion of regionalism and the centrality of Adityanath’s ideological leanings. Adityanath is following in the footsteps of other chief ministers in the poorer states of Madhya Pradesh, Chhattisgarh, Odisha and Bihar. Shivraj Singh Chauhan and Raman Singh in Madhya Pradesh and Odisha respectively, have managed to win multiple terms in office on account of such populist measures. They have leveraged these policies to such beneficial effect that Singh is commonly referred to as ‘chawal waale baba’ (rice man) in Chhattisgarh. Similarly, Chauhan has positioned himself as the champion of farmer’s concerns, by frequently proclaiming himself the “son of a small farmer”.

In Bihar, where procurement operations were mostly unsuccessful, there has been a massive increase in the scale of the operation, encouraged by chief minister Nitish Kumar taking a personal interest in the scheme. Bihar has established multiple procurement centres that are entrusted with the task of reducing the distance between the farmers and the government. While it would be too early to call this move a success in Bihar, the other three states have been quite successful in expanding procurement operations to reach smaller farmers and reducing the role of middlemen. Sociologist Mekhala Krishnamurthy, who has studied the Madhya Pradesh wheat markets extensively, writes in one of her Economic and Political Weekly articles, that these policies have led to a rise in these states’ regional stakes. Food procurement operations which have traditionally been Punjab and Haryana’s forte are now being challenged by the operations in Madhya Pradesh, Chhattisgarh and Odisha. It is well-known that agricultural policies have been heavily influenced by Punjab and Haryana’s farm lobby. The other states are quickly adding to this list. According to Krishnamurthy, Madhya Pradesh and Chhattisgarh have raised their political stakes, and food policy now occupies a “radical new centrality” in India’s regional politics.

Food policy’s role in social policy as a whole

More broadly, food policy is only one part of the overall social policy which is increasingly being influenced by state governments through innovative changes to central schemes. In their latest book, Politics of Welfare: Comparison across Indian States, Louise Tillin and other social scientists have convincingly argued that state governments have become new “laboratories” for social development policy in India. Some of this could be attributed state governments getting greater fiscal autonomy due to increased financial devolution. Political scientist James Manor believes that the centralisation of power under chief ministers also had a major role to play. He argues that chief ministers have also realised that their patronage distribution needs to be more broad-based to garner the support of a greater number of possible voters. Such policies can also be camouflaged as more ‘inclusive’ politics. These ‘post-clientelistic’ initiatives, in the absence of the weak grass-root level organisational presence of political parties, helps in deeper penetration of the chief minister’s intentions and popularity. The political rhetoric of “sabka saath, sabka vikas” meaning ‘development for all’ is an example of such ‘post-clientelistic’ strategy.

One can keep debating whether economic concerns affect polity or vice versa, but it can’t be denied that economic decisions are taken in a political context. With India’s polity increasingly becoming regional in focus, it is interesting to observe that UP, known for its deep-rooted caste divisions and high levels of religious polarisation, especially of late, is advancing towards that. UP has always been a central actor in shaping national politics. However, it never had a regional politics of its own. Political scientist Prerna Singh has argued one of the reasons for UP’s backwardness and the lack of a social policy agenda has been the absence of sub-nationalism or collective solidarity. The political elite in the state never had any conception of the collective welfare of the people. It will be interesting to see if Adityanath’s appointment as UP’s chief minister – which many claim was due to his status as a unifying figure for Hindu nationalism who has cut across caste divisions – will lead to the development of a cohesive social policy in the state.

Andaleeb Rahman is pursuing his postdoctoral research at Cornell University.