She said that the main priority of the Congress is to provide opportunities for employment. 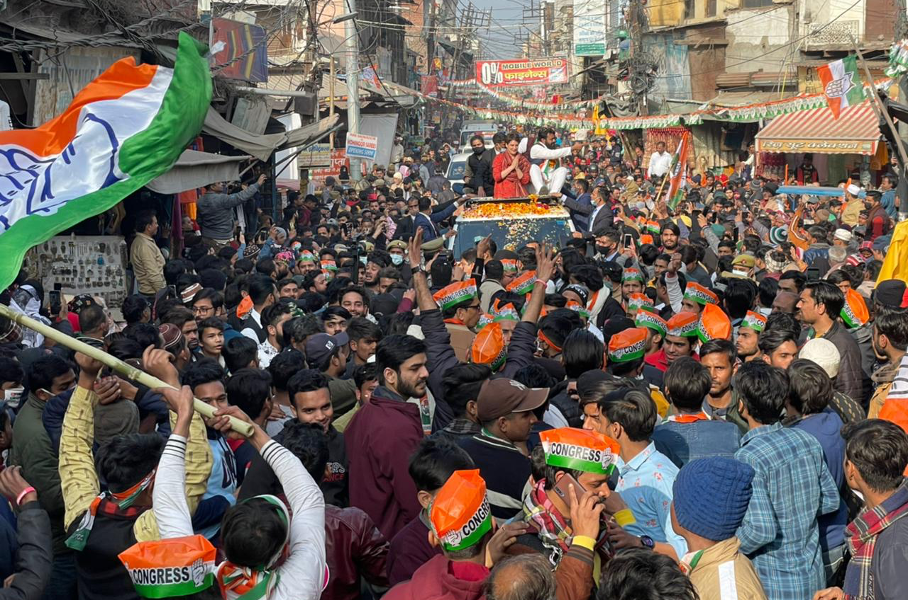 She said that the main priority of the Congress is to provide opportunities for employment.

Taking a dig at UP chief minister Yogi Adityanath over his comment about eliminating people’s “haughtiness”, she said that the Congress is focused on providing jobs to the jobless. “Around 12 lakh posts are lying vacant in the government,” she said.

The Congress leader received a warm welcome from party supporters and workers, who showered flower petals on her.

The road show went on for six hours, with supporters of the Congress party crowding the roads to show support. 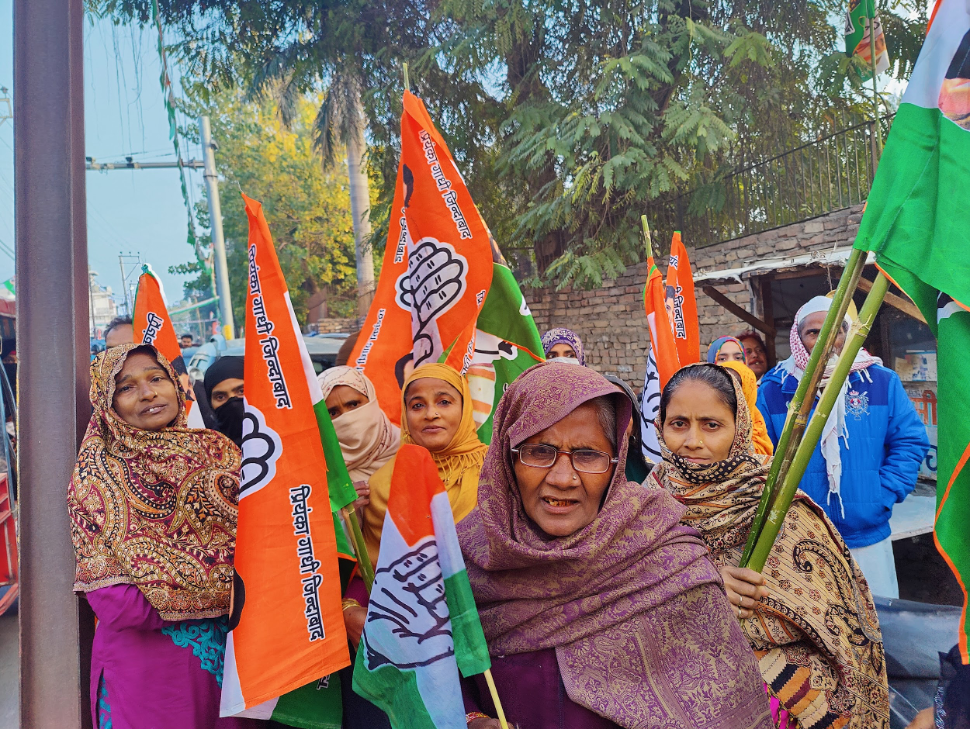 Vadra also participated in a door-to-door campaign on Thursday and appealed to the public to vote for the Congress candidate from Koil, Vivek Bansal, Iglas candidate Preeti Dhangar, and Aligarh candidate Salman Imtiaz.

In Iglas and Koil, she held brief public meetings with local people. In the Upper Fort area, she spoke to several shopkeepers about the issues they face due to price hikes of raw material, electricity and fuel.

Young girls and women part of the road show raised the central slogan of the Congress party, “Ladki hoon, lad sakti hoon (I am a girl, and I can fight).”

Vadra, in response, distributed bands with the party slogan and also helped a few girls wear them. 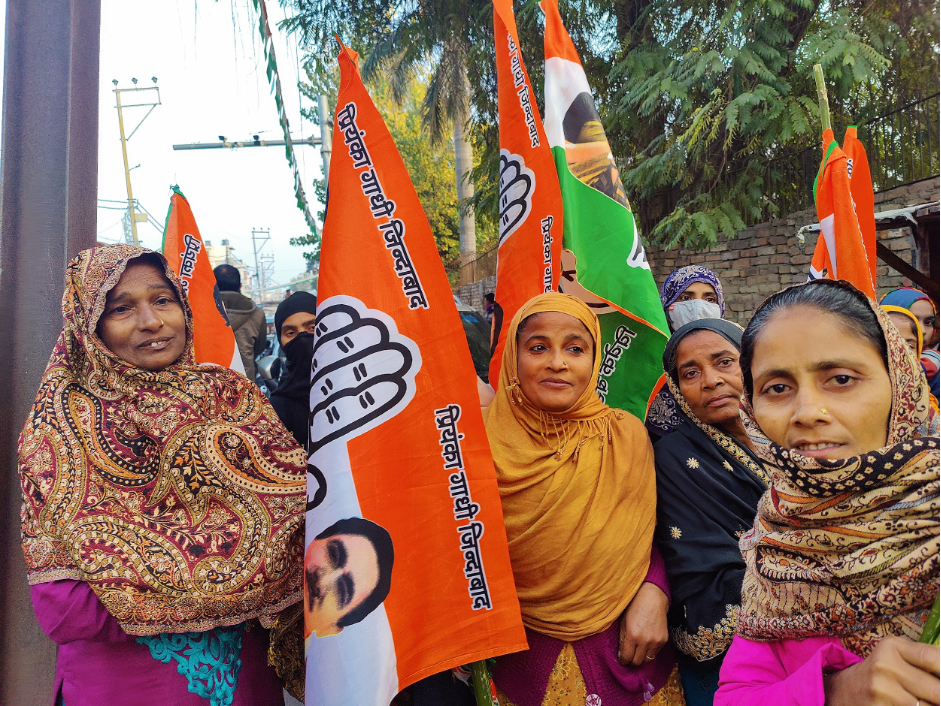 During the roadshow, she met with a cloth seller in the Upper Fort area and asked him about the difficulties faced by him during the COVID-19 lockdown.

After he shared the effect of the lockdown on the industry, she told him to vote for the Congress as the BJP government is too focused on hate. “While the narrative of the BJP revolves around hate, your issues don’t get any attention,” she told him. 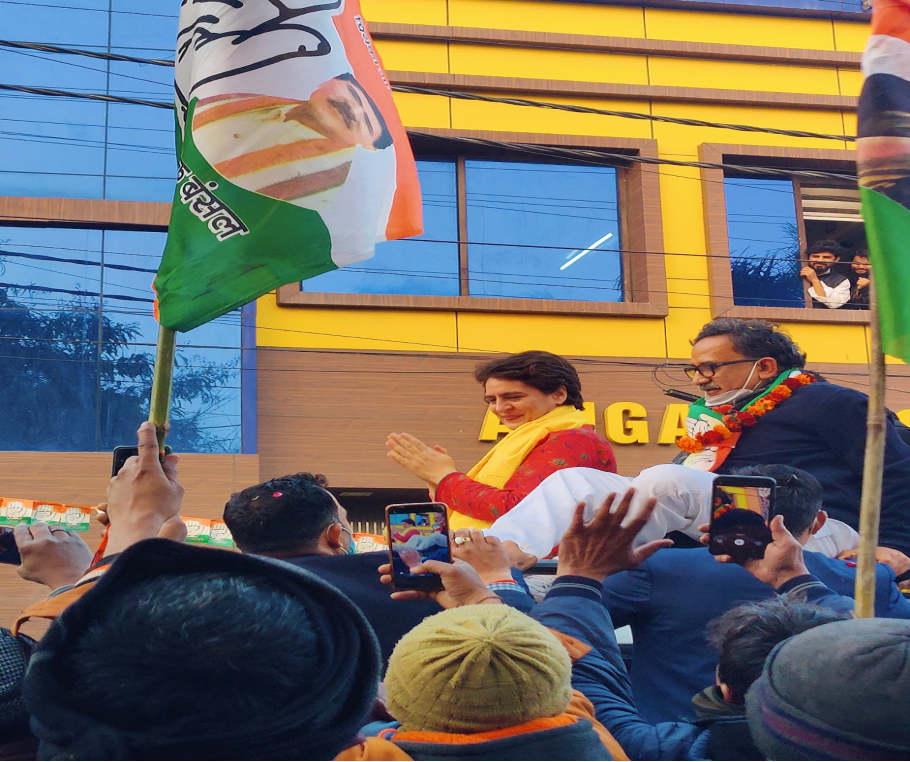 She also visited a beauty parlour where she told the female workers about the Congress manifesto on women’s issues.

In the Khair area, she spoke to some shopkeepers and young people. A man in his late 20s told her that appointments to vacant government jobs is a big issue among the youth.

She responded to him by saying that the youth must vote on the basis of issues. Priyanka Gandhi speaks to shopkeepers in Aligarh. Photo: UP Congress/Twitter

“Congress is coming to fulfil the expectations of UP,” a tweet by the official Congress handle with a photo of Vadra waving at supporters in Aligarh read.

Earlier, during her campaign in Ghaziabad and Sahibabad on Friday, Vadra had said that the Congress is contesting all assembly seats of UP for the first time in 30 years.