UP Bypolls: As BJP Wrests Bastions From SP, a Question of Who Is to 'Blame'

'If complaints were coming from Rampur that Muslims were not being allowed to cast votes, why did Akhilesh Yadav not register a protest over it?,' asked a political observer. 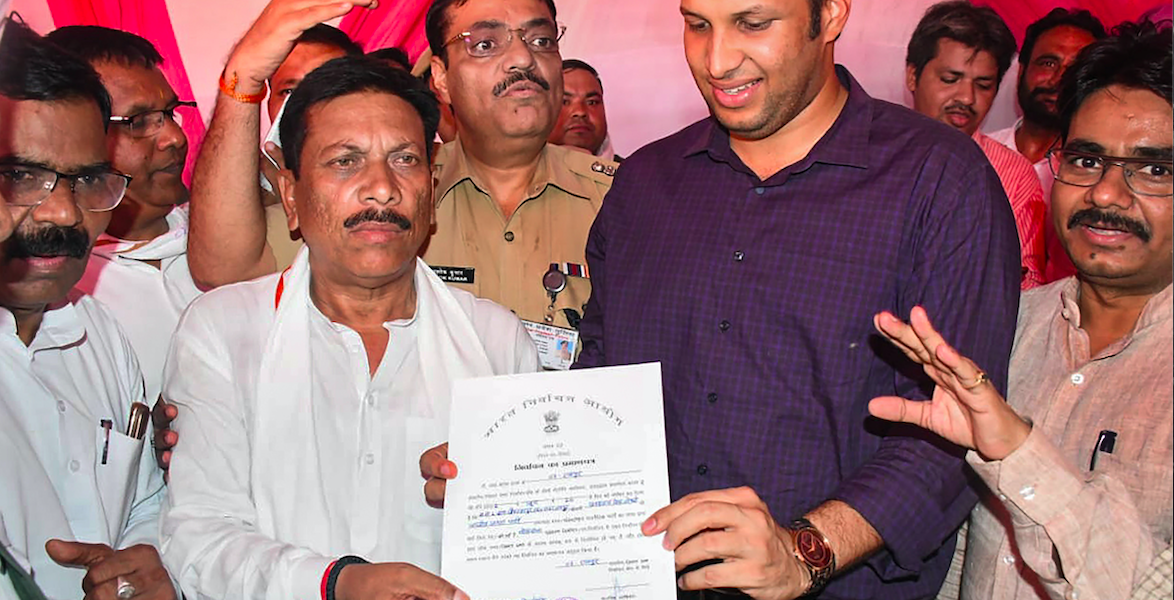 Lucknow: The Bhartiya Janata Party’s defeat of the Samajwadi Party in the by-elections held in the Azamgarh and Rampur parliamentary seats in Uttar Pradesh is a significant blow for the state’s principal opposition party – especially after the debacle of the assembly elections held early this year.

In Azamgarh, the BJP candidate, Dinesh Lal Yadav “Nirahua”, won against Dharmendra Yadav of the SP. Nirahua got 312,768 votes, while Yadav got 304,089 votes.

Azamgarh and Rampur were both bastions of the SP.

In the 2019 general elections, SP president Akhilesh Yadav was elected from Azamgarh. He had then defeated Nirahua. Azam Khan, the party’s Muslim face, had emerged victorious in Rampur. He defeated BJP’s candidate, actor-turned-politician Jaya Prada.

After the party’s loss in the assembly election, SP president Akhilesh Yadav and jailed SP heavyweight Azam Khan both resigned from the parliament and decided to continue as MLAs from the Karhal and Rampur Sadar assembly seats respectively. This brought the strength of the party in the parliament down to three.

The by-election in Azamgarh and Rampur was necessitated after their resignations.

Both Azamgarh and Rampur towns have sizeable Muslim populations and Muslims have been traditional voters of the SP for a long time, since the early 90s. However, in the 2007 assembly elections the Muslim community largely voted for the Mayawati’s Bahujan Samaj Party. From the 2012 assembly elections onwards, Muslims have, however, largely voted for SP.

In the Azamgarh by-elections, BSP, by fielding Muslim candidate Shah Alam, or ‘Guddu Jamali’, is believed to have dented SP’s chanced. Jamali, who is influential in the region, got 266,106 votes.

On voting day in Rampur, Azam Khan’s son, and Suar MLA Abdullah Azam Khan, had shared multiple videos on social media showing Muslim voters claiming that they were denied entry into polling booths. Many more similar claims were made on social media.

Atul Chandra, a former editor of Times of India and a political observer, said that Akhilesh Yadav’s perceived lack of interest in the by-polls has proven costly.

“If complaints were coming from Rampur that Muslims were not being allowed to cast votes, why did Akhilesh Yadav not register a protest over it?,” Chandra asked.

“Akhilesh appears a reluctant politician at this stage as he does not want to work on the ground like his father Mulayam and uncle Shivpal Yadav. He has disappointed not only the SP cadre but also the secular voters who were loyal to his party in a politically significant state,” he said.

While talking with the media, SP leader, Azam Khan, cast doubts on whether a fair election took place at all. Khan, who recently stepped out of jail on bail, said, “How can it be possible that only six people voted in a locality with 900 voters?”

While talking with The Wire, BJP leader Rakesh Tripathi said, “BJP defeated the arrogant Akhilesh Yadav, who did not even visit the constituencies to campaign for his candidates. Perhaps he was confident in the caste math while the BJP worked at the booth level.”

Tripathi said Azam Khan’s allegations were “face-saving propaganda, as the party president [Akhilesh] was campaigning from his drawing room.”

Congress did not contest the by-elections in Uttar Pradesh, saying its reconstruction was important in order to contest the 2024 Lok Sabha polls.