The father of the 18-year-old woman who has alleged that Kuldeep Singh Sengar and his brothers raped her died in police custody yesterday. 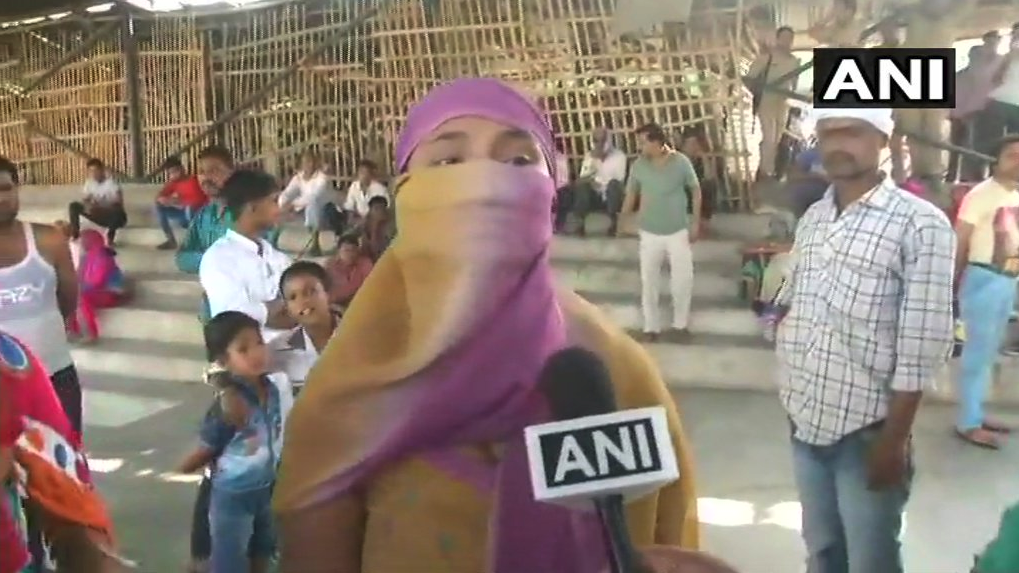 The woman who has alleged that BJP MLA Kuldeep Singh Sengar raped her speaks to the media. Credit: Twitter/ANI

An 18-year-old woman had earlier alleged that she was raped by BJP MLA Kuldeep and his brothers. Yesterday, her father died in custody in Unnao, prompting her to charge that he was killed inside the jail at the behest of the lawmaker.

Her 50-year-old father, Pappu, was rushed to a hospital from the district jail on April 8 and died during treatment yesterday, superintendent of police, Unnao, Pushpanjali had yesterday said.

Hours after Atul’s arrest, a special investigation team was constituted to probe both the rape and the custodial death. “The SIT will go into the entire gamut of issues involved in the incident,” ADG (law and order) Anand Kumar told a press conference. Before this, a magisterial probe had also been ordered.

Pappu’s death came just a day after the woman and a few other family members attempted to commit suicide outside the house of Uttar Pradesh chief minister Adityanath in Lucknow on Sunday in a bid to get him to take action against the alleged rapists, which she says include Sengar’s brother Atul. The police stopped the immolation attempt.

According to the Times of India, the woman’s mother had written a letter to Uttar Pradesh chief minister Adityanath on Sunday, saying that her husband was being threatened and she feared for his life. “After a fabricated charge, my son has been arrested and sent to jail in a comatose condition. I feel that my family will now be killed by Kuldip Singh, and his aides Atul Singh and Arun Singh. It is utmost urgent that the police takes legal action against these men,” she wrote.

The woman and her sister have now alleged that the letter is proof that the police and government did nothing to prevent her father’s death, despite being told what may happen. “While I was given two armed women cops to escort me from Lucknow after I tried to immolate myself outside CM residence, nobody heard my family’s pleas on attempt to eliminate them. What more proof do they want to book the MLA and his man, now my father is gone,” the woman told Times of India.

Four accused – Sonu, Baua, Vinit and Shailu – named in the FIR registered on April 4 for beating up Pappu have been arrested.

The complaint was lodged by the woman’s mother. The woman’s father was arrested on April 5 under the Arms Act after he was allegedly beaten up by Anil Singh, the MLA’s other brother. Makhi police station SHO Ashok Kumar Singh had been suspended.

Kuldeep Singh Sengar represents the Bangermau constituency in Unnao district, around 90 km from the state capital.