Despite criticism from various quarters, all governments and ruling parties of the day are guilty of going after individual critics on social media. 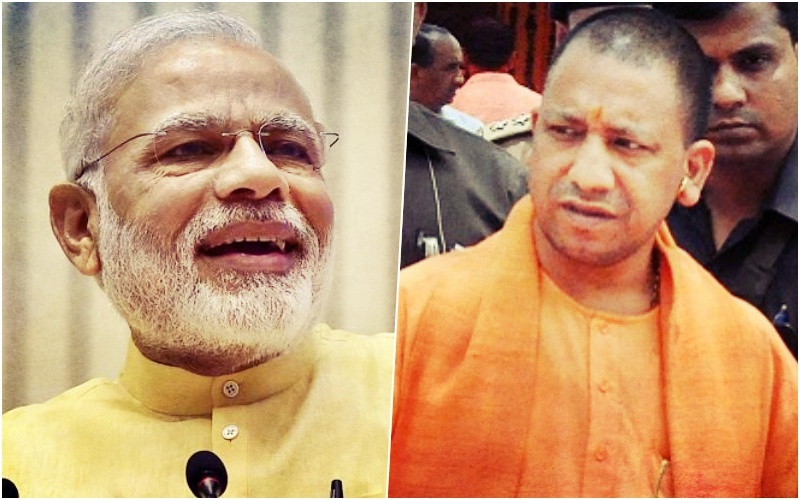 A case was registered against four people under section 295A of the Indian Penal Code (deliberate and malicious acts, intended to outrage religious feelings of any class by insulting its religion or religious beliefs) and the IT Act – following a complaint filed by Dharam Dev Singh.

“Four people (Saahil, Indal Kumar, Anil and Sunny Kumar) of Lavai Patti Satahva village had made derogatory remarks against Hindu gods, Prime Minister Narendra Modi and UP Chief Minister Yogi Adityanath in a video, which was uploaded on Facebook and shared on WhatsApp,” superintendent of police Anil Kumar said. Two of them have been arrested so far.

Despite criticism from various quarters, all governments and ruling parties of the day – from the Congress and Bharatiya Janata Party (BJP) to Trinamool Congress (TMC) – have sought to prosecute individual critics on social media.

The usual route that the political parties used against their critics was the controversial Section 66A of the Information Technology (IT) Act. Following widespread criticism of the provision, the Supreme Court struck down 66A in 2016. Two years after this,  new research points at how another section of the Act, 67 – which deals with the electronic transmission of obscene or lascivious material that is “intended to deprave” –  is being similarly misused with grave consequences for freedom of expression, sexuality and digital rights.

In November last year, an unemployed youth, allegedly a fan of actor Vijay, was arrested by Srivilliputhur police in Tamil Nadu, for posting derogatory comments about Modi on Facebook. This had followed the standoff between BJP leaders in the state and fans of the actor over the release of the film Mersal, that had some dialogues critical of the goods and services tax (GST).

Last March, scores of people were arrested in UP. Their offence: posting “objectionable” comments about Adityanath, who had just been elected UP chief minister. Twenty-two-year-old Rahat Khan, was arrested by the Greater Noida police for a Facebook post that showed the chief minister in “poor light”.

In March 2015, a teenaged student in Rampur was arrested and jailed for posting “objectionable” comments targeting Samajwadi Party leader Azam Khan on Facebook.

The most shocking case of the law being used to target individual critics of Adityanath was with a teenage boy from Muzaffarnagar, Zakir Tyagi. He was arrested for a satirical Facebook comment on a statement the chief minister made soon after he was elected. “Yogiji has said in Gorakhpur that goondas and badmashes must leave UP. Who am I to point out sahib Yogi Adityanathji, that there are 28 cases against you of which 22 involve serious charges”. Soon after, the local police appeared at his home with a screenshot of the Facebook post and arrests him. He ended up spending several weeks in jail after being accused of various crimes including sedition.

Rewind to 2012, when the Congress-led United Progressive Alliance (UPA) government was in power. Two young girls, Shaheen Dhada and Renu Srinivasan from Palghar, were arrested after one of them put up a Facebook post asking why the city of Mumbai had to be shut down on the occasion of Shiv Sena leader Bal Thackeray’s funeral. One of the girls said that it was fear and not respect that had prompted the shutdown.

The girls were arrested for “hurting religious sentiments” under section 295A of the IPC and section 66A of the IT Act. The courts subsequently quashed the charges.

The same year, Bengal’s ruling TMC had the Jadavpur University professor Ambikesh Mahapatra and his neighbour Subrata Sengupta arrested for circulating a cartoon criticising chief minister Mamata Banerjee. The police had submitted a 93-page charge sheet against the two men.