The main opposition DMK staged a walk out. 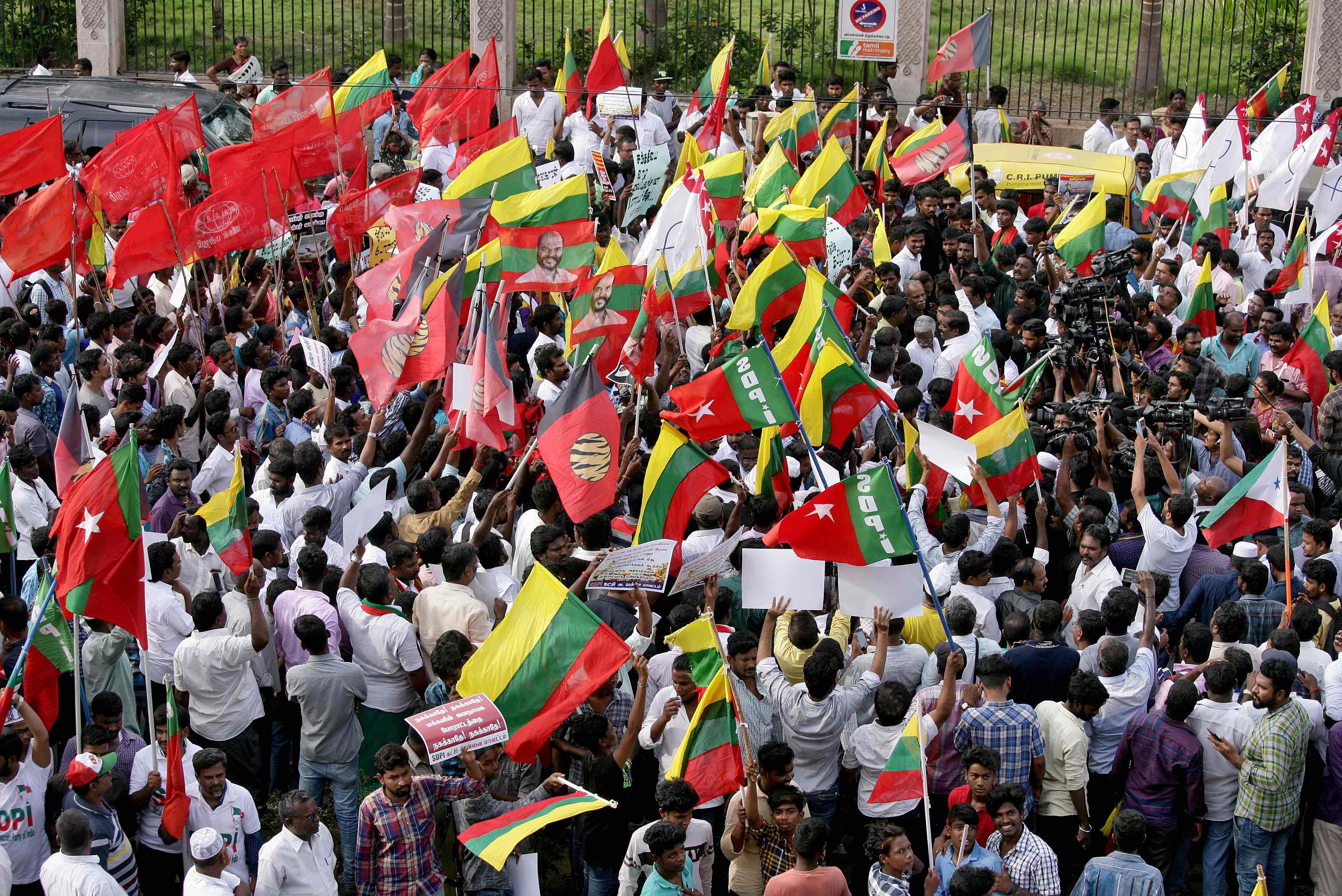 Demonstrators shout slogans during a protest, after at least 13 people were killed when police fired on protesters seeking closure of plant on environmental grounds in town of Thoothukudi in Tamil Nadu, in Chennai, India, May 24, 2018. Credit: REUTERS/P.Ravikumar

Chennai: The violent protests and police firing in Tuticorin that claimed 13 lives rocked the Tamil Nadu assembly on May 29 with Chief Minister K. Palaniswami maintaining that police action was “unavoidable” even as the main opposition DMK staged a walk out over the issue.

On the violent incidents that occurred on May 22 in Tuticorin, Palaniswami said measures like tear gas and baton-charge were used against those who indulged in violence.

“In unavoidable circumstances, police personnel were forced to take action,” he said in a report tabled in the House in an apparent reference to the police firings.

He appealed to the people of Tuticorin not to succumb to instigations by anyone and cooperate for continuation of peace.

Soon after the question hour, Leader of the Opposition, M.K. Stalin, wearing black, targeted the government for issuing a government order (GO) for the closure of the Vedanta group’s copper plant in Tuticorin rather than convening the cabinet and taking a policy decision in this regard.

Calling the issuance of GO an “eye wash” tantamount to signalling the Sterlite management to approach the court, the DMK leader said the move was similar to what was done in 2013 in the issue.

The Tamil Nadu government had yesterday ordered the state Pollution Control Board to seal and “permanently” close the Sterlite Copper plant following last week’s protests, over pollution concerns, during which 13 people were killed in police firing.

Yesterday, Stalin had said that following a similar closure in 2013, the plant had reopened later.

Blaming the state government for not holding talks with the people and seeking the resignation of Chief Minister K Palaniswami, the DMK working president said his party will boycott the House proceedings till the plant was “permanently closed.”

Later, he led his party colleagues, in staging a walkout, who shouted slogans seeking the resignation of chief minister K. Palaniswami.

All the DMK members present were dressed in black, which they said was to signify their protest and grief over the firings.

The opposition party declined to toe the government line that the unit was closed permanently.

Meanwhile, Chief Minister condoled the deaths of 13 persons and tabled a five page report detailing the violence and steps taken by the government in this regard.

Congress legislature party leader K. Ramasamy said the probe into the incidents should be done properly or must be transferred to the CBI.

He also wanted unconditional withdrawal of all cases in this regard.

Large-scale violence on May 22 against the Sterlite copper plant in Tuticorin and police firing led to the death of 12 people.

The next day saw one more youth succumbing to injuries sustained in police firing.