"You say to us: 'Please don't turn Hagia Sophia into a mosque.' Do you mean Turkey should bow to your will?" 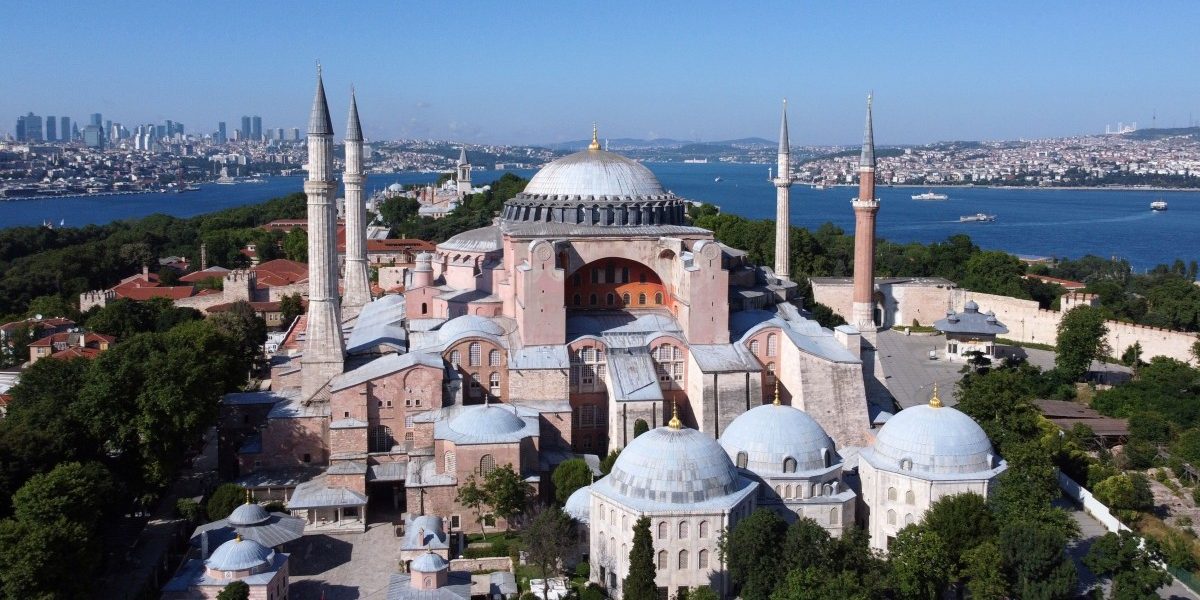 Hagia Sophia or Ayasofya, a UNESCO World Heritage Site, that was a Byzantine cathedral before being converted into a mosque which is currently a museum, is seen in Istanbul, Turkey, June 28, 2020. Photo: Reuters/Murad Sezer/Files

Hagia Sophia is the symbol of Istanbul and Turkey’s most popular tourist attraction. Every year, millions of visitors take in its gigantic brick dome and elaborate frescoes, which have earned the building UNESCO World Cultural Heritage site status.

But Hagia Sophia is more than just an architectural masterpiece: It has always been a political symbol, as well. The monumental structure was built by the Byzantine Emperor Justinian in the sixth century A.D. When the Ottomans conquered Constantinople in 1453, Sultan Mehmed II immediately converted the cathedral into a mosque. The founder of the Turkish Republic, Mustafa Kemal Ataturk, utilised the church for another act with symbolic significance: In 1935 he turned Hagia Sophia into a museum, which conveyed the message that modern Turkey was a secular country.

Now, the current Turkish president, Recep Tayyip Erdoğan, is also planning on making symbolic capital out of the building, which is situated in Istanbul’s central Fatih district. For many of Erdoğan’s voters, who tend to have nationalist-Islamist sympathies, Hagia Sophia symbolises the conquest of Christian Constantinople by the Ottomans, and the superiority of the Islamic world.

Erdoğan, who is also the leader of the governing Justice and Development Party (AKP), is pushing as hard a he can to reverse Atatürk’s decision and reopen Hagia Sophia as a place of Islamic worship. There has long been talk in Turkey about the possibility of turning it back into a mosque, but this time the plans are taking definite shape. On Thursday, Turkey’s highest administrative court, the Council of State, heard a case examining whether Ataturk’s 1935 decree that converted Hagia Sophia into a museum is legally valid.

It will announce its verdict within 15 days.

The AKP’s initiative has been accompanied by nationalist rhetoric. “Hagia Sophia is our geographical property. Those who conquered it by the sword also own the property rights,” said the AKP’s deputy chairman, Numan Kurtulmus. “Hagia Sophia is under our sovereignty.” 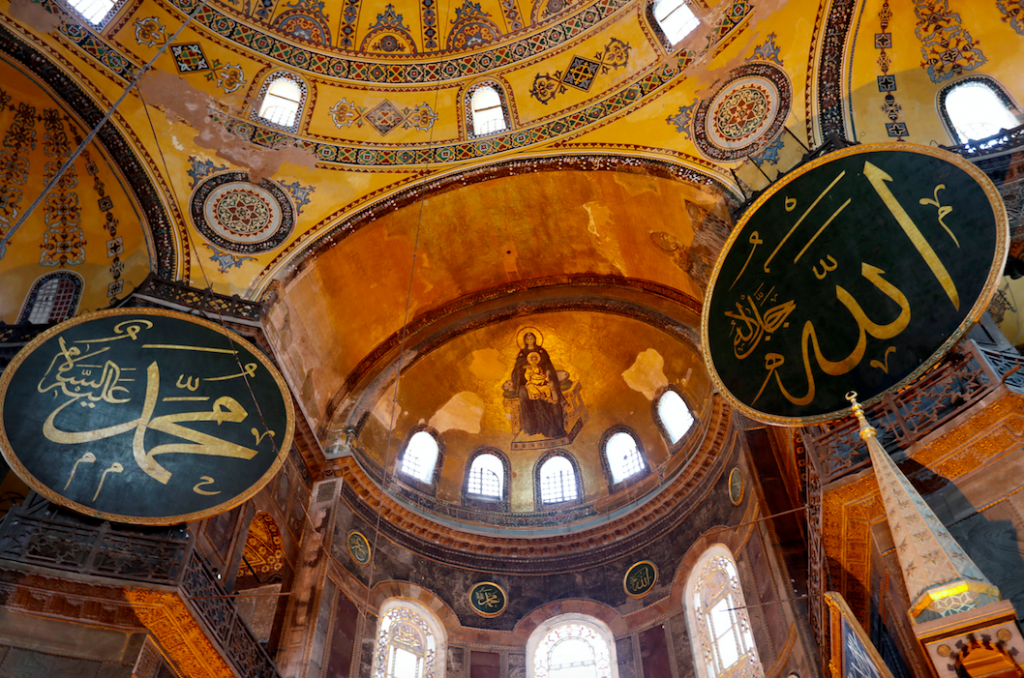 A view of Hagia Sophia or Ayasofya, a UNESCO World Heritage Site, which was a Byzantine cathedral before being converted into a mosque and is now a museum, in Istanbul, Turkey, June 30, 2020. Photo: Reuters/Murad Sezer/File Photo

The governing party seems confident that its plans will go ahead. On Monday, which was the 567th anniversary of the conquest of Constantinople, the AKP permitted an imam to recite Koranic suras in Hagia Sophia. Afterwards, there was public speculation about whether a decision had already been taken and initial preparations already made.

A divisive act of symbolism

Erdoğan’s initiative is seen as an attempt to swing the Turkish electorate back behind the AKP. The majority of polls indicate that the party has lost significant support of late. As a result, Erdoğan has in recent months been pushing to galvanise nationalist sentiment among the populace.

However, this latest move may sew fresh division. Patriarch Bartholomew I of Constantinople, the head of the Eastern Orthodox Church, has declared his firm opposition to the conversion of Hagia Sophia into a mosque. During a church service in Istanbul, he called Hagia Sophia one of the most important historic buildings of human civilisation and insisted it belonged not only to its immediate proprietors but to “the whole of humanity.”

Nikolas Uzunoglu, the head of the federation of Citizens of Turkey of Greek origin in Istanbul (IREF), told DW that he thought it wrong that Hagia Sophia was being turned into a political bone of contention. He said the building represented freedom between religions and civilisations. “Statements that talk about the ‘conquest of Hagia Sophia by the sword’ should be a cause for concern for the whole of our society,” said Uzunoglu.

There is also concern in the academic world about repurposing Hagia Sophia. “Over the past 1,500 years, the building has served two world religions with no need for any fundamental change in its architecture,” said Edhem Eldem, a historian at Istanbul’s Bogazici University. “There are only a handful of buildings of this kind in the whole of the world. They must be protected.” Eldem added that Hagia Sophia also stands for a common, universal cultural heritage of humanity: “Do we want to seal off this heritage and hide it away? Wouldn’t we rather present it to the whole world?”.

Theologian Ihsan Eliacik takes a similar view. He believes there is no religious justification for converting Hagia Sophia into a mosque, and says that “a right obtained by the sword” is not in the Koran: “The annexation of cultural sites by force is forbidden.” Eliacik described Hagia Sophia as a symbol of peace between the Islamic and the Christian worlds.

But President Erdoğan appears unfazed by these objections, recently telling the Greek Orthodox community in Turkey: “You say to us: ‘Please don’t turn Hagia Sophia into a mosque.’ Do you mean Turkey should bow to your will? We await the decision of the Council of State. After that, the necessary steps will be taken.”