Sources said that FIRs were filed by BJP activists including the president of the Yuva Morcha of the state BJP, Nabadal Banik. 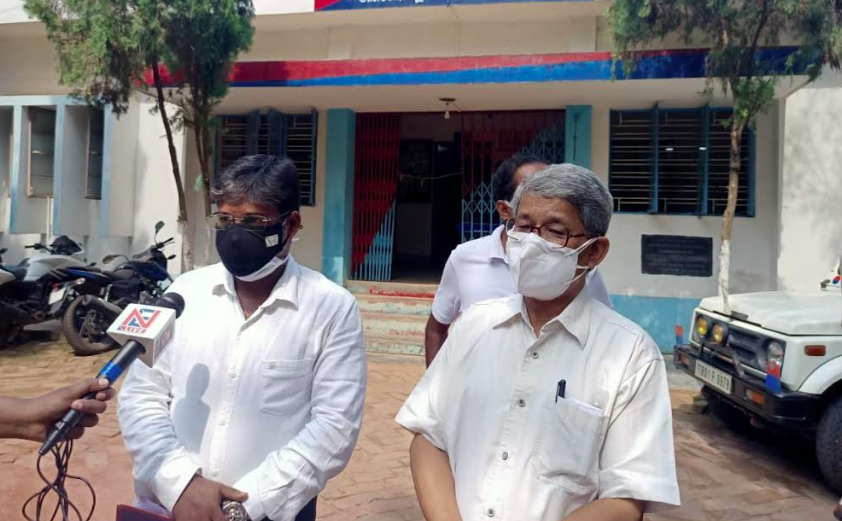 Agartala: Tripura Police summoned Left Front convener Bijan Dhar on June 4 after multiple FIRs were registered against him for allegedly instigating violence with posts on social media. Dhar has said that the FIRs and the interrogation were all orchestrated to harass the opposition party in the Bharatiya Janata Party-ruled state.

Dhar was questioned for almost three hours, between 11 am and 2 pm at the Amtali Police Station, seven kilometres from Agartala. The case registered at Amtali is one of several FIRs against Dhar’s social media posts.

“In my first post I said that in the Badharghat area of Agartala, attacks were carried out on several houses. I said that if the police don’t take any steps, then local people should come together to protest the attack. In my second post, I said wherever attacks occur people have to come forward to resist it. I don’t feel that such posts would create unrest or riots in the state. I told the police that I stand with by my posts and in the coming days too I will stand by them,” Dhar said.

Investigating officer Jayanta Kumar Dey said that a case under sections 120B, 153, 153A, 506, and 109A of the Indian Penal Code (IPC) was registered against three persons and a notice was issued to Bijan Dhar.

“Two more persons will be summoned on Saturday and Monday for further investigation in connection with the case,” Dey added.

On May 30, Bhanu Lal Saha wrote on Facebook asking people to keep sticks and iron pipes handy in order to resist against “bricks, kicks and petrol bombs”.

“Gather courage to face outsider attackers. It’s not a crime to pick up things for self-defence. It’s impossible to protect life and property without resistance. O youth, turn into fire. Hundreds-thousands of youths, be ready. Resist lumpens and ruling party goons with courage. Join people from the locality and be in leadership,” Saha had written.

Jitendra Chaudhury said while he received a notice from police, he was not aware of the nature of the complaint made against him but that he would be present at the police station for interrogation on Saturday.

The social media posts of the CPI(M) leaders came amidst allegations of attacks by BJP supporters on houses of many Left supporters and leaders.

The party said in a statement on Sunday that Left supporters who went to distribute medical aids and sanitise some areas were attacked by BJP-backed miscreants.

“It is being alleged by locals that these attacks are being perpetrated under the leadership of a driver of an MLA. Our state secretariat committee is surprised how ruling party goons came on motorcycles, cars and conducted these attacks while curfew was in progress,” CPI(M) state office secretary Haripada Das said in the statement.

Speaking with The Wire, Assistant Inspector General of Police (Law and Order) Subrata Chakraborty said that many individuals filed FIRs against three leaders of CPI(M) including Bijan Dhar, Jitendra Chowdhury and Bhanu Lal Saha for their provocative social media posts.

However, sources said that FIRs were filed by BJP activists including the president of the Yuva Morcha of the state BJP, Nabadal Banik.

Former chief minister and leader of opposition Manik Sarkar has also come out in support of social media posts made by his party leaders.

“I don’t feel that they have committed any crime. The CPI(M) leaders have just expressed their views on the current situation. They have not asked people to attack anyone, as per what I understand from the statement. Their post meant that people have to save themselves during attacks and urged them to be prepared for that. Let us see where it goes from here,” Sarkar said.

He also said that the CPIM does not believe in violence and it was an attempt of the BJP to hide their failure by misleading the people to suppress the opposition.

State law minister Ratan Lal Nath said that while BJP was in the opposition it never made such posts on social media. “Sitting MLA Bhanulal Saha put up the most dangerous post. Moreover, other opposition leaders and MLAs also did the same. Cases were filed against all. Former Chief Minister Manik Sarkar cannot give justice. Police are working neutrally, whom to arrest and whom not to…it is completely their matter,” Nath said.