Though the two parties are coalition partners in the state government, they have had frequent disagreements over seat-sharing.

IPFT and BJP leaders announce their alliance for the Tripura district council polls. Photo: By arrangement

Agartala: Less than a month after inking a pact with the Indigenous Progressive Regional Alliance (TIPRA), the Indigenous Peoples Front of Tripura (IPFT) has decided to ditch the alliance and team up with the Bharatiya Janata Party (BJP) to contest the Tripura Tribal Areas Autonomous District Council (TTAADC) polls.

The IPFT and the BJP are alliance partners in the state government but have had frequent disagreements in recent polls.

“When TIPRA allied with us (IPFT) they had demanded only two seats. But when we began discussing seat-sharing, he [Debbarma] took a U-turn and demanded 14 seats. Many of these seats are in IPFT’s strongholds. How can we give away seats where the IPFT is strong? We are 100% confident we will win these seats. Debbarma took the decision without any discussion. He didn’t keep his word,” Mangal said.

Mangal has also claimed that on March 5, a mass gathering was held at Bishramganja under the Sepahijala district of Tripura by TIPRA, however, no invitations were sent to the IPFT.

“How can TIPRA arrange such mass gathering even after they are in an alliance with us? They didn’t bother to ask us. It was illogical thinking and an illogical decision. They do not know how to maintain the alliance. They do not understand what the alliance is. And that is why we left,” the assistant general secretary of IPFT said.

The IPFT and TIPRA forged an alliance on February 19, with both parties demanding the creation of ‘Tipraland’, a separate state for the indigenous people.

The BJP had come to power in Tripura in March 2018 in alliance with the IPFT, ending the Left’s 25-year rule. In the 60-member assembly, the BJP has 36 seats and the IPFT eight.

But since the formation of the government, the IPFT and BJP have often fought over seat-sharing. Since 2018, the parties have not contested a single election together. The parties fielded separate candidates during the 2019 Lok Sabha election and there have been multiple instances of clashes between the alliance partners.

However, they will team up once again for the TTAADC polls. While the IPFT will contest 14 seats, the BJP will contest 11. Three seats are ‘open’ seats where both parties will be engaged in a ‘friendly contest’.

When asked why the IPFT forged an alliance with TIPRA and again came back to BJP, the saffron party’s leader and deputy chief minister Jishnu Dev Verma told The Wire, “It is up to the IPFT to decide who they want to ally with. Only they (IPFT) can explain why they came back. The alliance [with TIPRA] probably didn’t work out and they came back,” he said.

On the IPFT’s ‘Tipraland’ demand, Jishnu said that the BJP and the IPFT are working together on the basis of a common minimum programme (CMP), which does not include the separate state issue.

Meanwhile, TIPRA chairman Pradyot Debbarma accused the IPFT of violating the alliance agreement. “There was clear understanding which says there will be no alliance with any national parties in the district council poll unless they agree to our demand, which is ‘Greater Tipraland’, in writing. There was an agreement but no words were said about seat-sharing,” he told The Wire.

Debbarma said the IPFT violated this agreement by talking to the BJP. “The IPFT has fooled the indigenous people. I have now got into an alliance with all the regional political parties,” Debbarma said.

He filed his nomination papers on Wednesday and will contest from the Takarjala-Jampuijala constituency. This has come as a surprise, since IPFT supremo N.C. Debbarma, who is the state’s revenue minister, is also this constituency’s MLA. 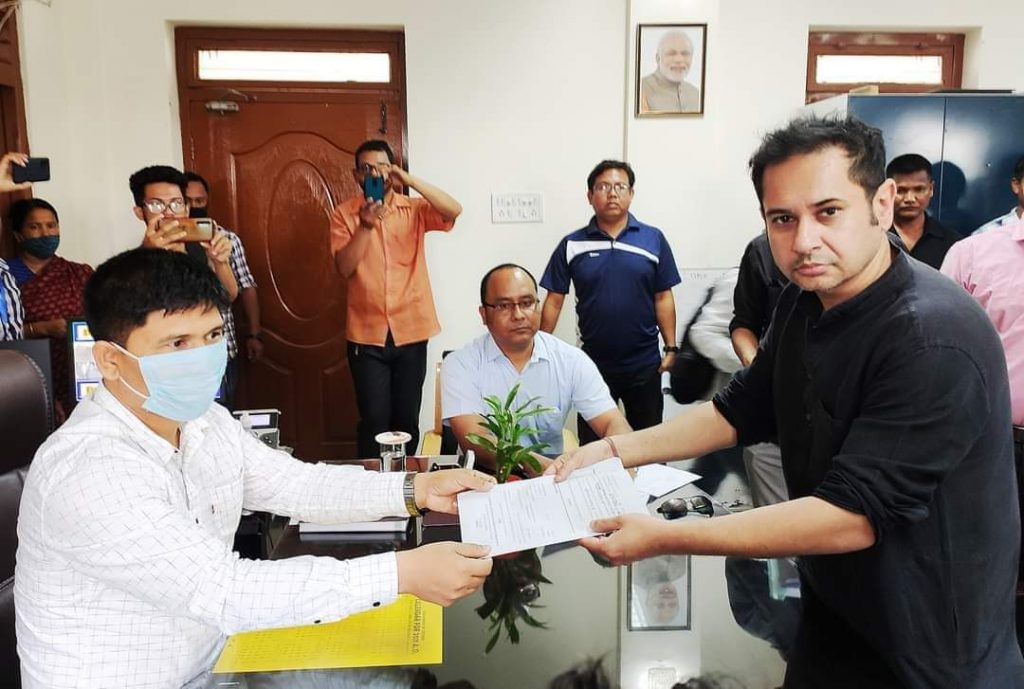 The State Election Commission (SEC) of Tripura has announced the poll dates for the TTAADC elections, which will be held on April 4. The TTAADC has 30 seats, of which 28 are elected while two are nominated.

According to the final list of voters which was published on February 23, there are 8,65,041 voters. The EC will set up 1,244 polling stations for the polls.