Tathagata Roy claimed he was merely "quoting, not advocating" when he mentioned a diary entry by Syama Prasad Mookerjee that said the only solution to the "Hindu-Muslim problem" was a civil war. 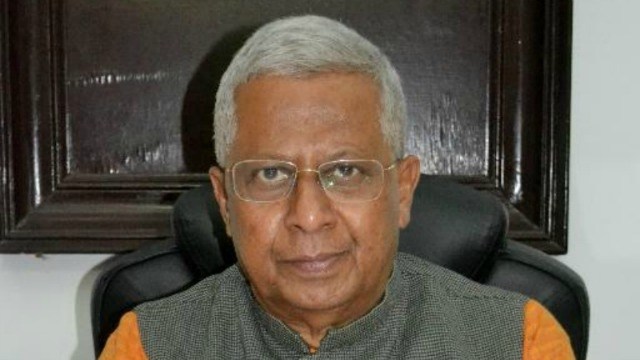 New Delhi: Tripura governor Tathagata Roy came under sharp criticism on social media after referring to a “prophecy” by Syama Prasad Mookerjee in 1946 that the only solution to the “Hindu-Muslim problem” was a civil war.

Equating Mookerjee, who founded the Bharatiya Jana Sangh, to Abraham Lincoln, Roy tweeted that the words were from a diary entry from January 10, 1946.

Syama Prasad Mookerjee wrote in his diary on 10/1/1946: "The Hindu-Muslim problem won't b solved without a Civil War". So much like Lincoln!

He was instantly accused of inciting communal violence and was urged to refrain from “tweeting irresponsibly. According to an Indian Express report, some even called for his sacking and arrest.

Roy then hit back and clarified that he was merely “quoting, not advocating” and stated that the words – which were “prophetic” since Jinnah did “unleash a civil war,” which he “won” and “got his Pakistan” – were from a diary of “70 years back, pre-partition India.”

He further stated that he was being targeted by “secular dimwits” trying to put words in his mouth.

Instantly couple of dozen dimwits began trolling that I was advocating a civil war. None stopped to ponder that I was QUOTING,not ADVOCATING

The civil war “unleashed” seven months after the entry was made in January 1946, was the “Great Calcutta Killings” in August of the same year, “followed by the Noakhali Hindu genocide” two months later in October and the “retaliation in Bihar,” he said.

That civil war was 'Great Calcutta Killings' of Aug 1946. Followed by the Noakhali Hindu genocide of October '46. Then retaliation in Bihar

And Jinnah won that civil war and got his Pakistan. That is ALSO something Dr Mookerjee predicted

This, however, is not the first time the Tripura governor has been accused of inciting communal hatred. According to The Northeast Today, in December 2014 Roy tweeted: “Overwhelming Hindu majority is ESSENTIAL to maintain a multi-religious society & secular state. But West Bengal is slipping.”

He also sparked a controversy through his statements on Twitter when in August 2015 he described those who attended the funeral of Mumbai blast convict Yakub Memon as “potential terrorists” who “ought to be kept under surveillance.”

According to the Indian Express, a month later, in a reply to a tweet, he said: “Whatever gave you the notion I am secular? I am a Hindu. My state, India, however is secular since 1976.”