Keeping in mind the tribes in the north-east, the party plans to bring out such tribe-specific images of Bharat Mata. 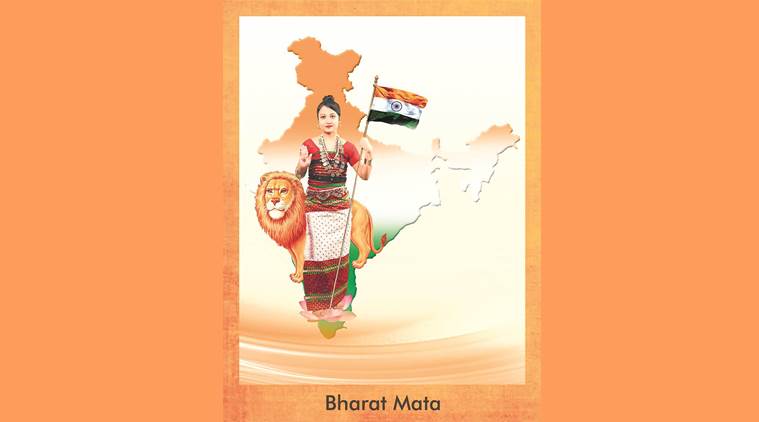 New Delhi: With assembly elections likely to be held in Tripura before March next year, the Bharatiya Janata Party has gone creative with its depiction of Bharat Mata.

To woo the large tribal population in the state, the BJP, in its campaign material, has depicted Bharat Mata in the traditional attires of the state’s four major tribal communities.

The depiction is a departure from the usual portrayal of Bharat Mata clad in a sari and holding the national flag.

Eventually, the party plans to bring out such tribe-specific images of Bharat Mata for all the tribes in the north-east, the Indian Express reported.

Tripura’s BJP in-charge Sunil Deodhar told the Indian Express, “The idea is to counter the sense of alienation these tribes feel from the rest of the country. They too are a part of Bharat and Bharat Mata is theirs too. Each tribe has their unique culture and their unique dress, and we wanted to respect that”.

In the first phase of the party’s tribal outreach project, four tribal communities – Debbarma, Tripuri/Tripura, Reang and Chakma, which together constitute 77.8% of the state’s total tribal population – will be represented in the images of Bharat Mata, which will be displayed at party programmes, reported the Indian Express.

BJP leaders said that women who support the party wore traditional attires for the pictures.

“Usually, at every BJP programme we have photographs of Bharat Mata, our founder Pandit Deendayal Upadhyaya and Syama Prasad Mookerjee. We will be using these tribal depictions of Bharat Mata, along with the one in which Bharat Mata is seen wearing a sari, because Tripura also has a large population of Bengalis,” Deodhar told Express.

The tribal-dominated hilly areas of Tripura, according to the BJP, is key to success in the assembly polls.

“Our aim is inclusive development of the region, making its borders safe and promoting national integration. We are also working towards a Congress-mukt (Congress-free) north east,” BJP general secretary Bhupender Yadav had told reporters in September.

For its strategy to work in the north-east, the BJP is even willing to temper the ‘aggressive’ cow politics the party has unleashed in Hindi heartland. For instance, protests from the north-east states that have a large population of beef-eating indigenous people, have compelled the party leaders to change their stance on beef.

In September this year, a top BJP leader assured leaders from north-eastern states that the party did not intend to dictate what people should eat. BJP leaders from Meghalaya, Nagaland and Mizoram said that Uttar Pradesh-style beef politics would not come to the north-east.