The opposition accused the BJP of sheltering "goons" who forcefully captured polling booths and also allegedly threatened the voters. However, the BJP denied these allegations. 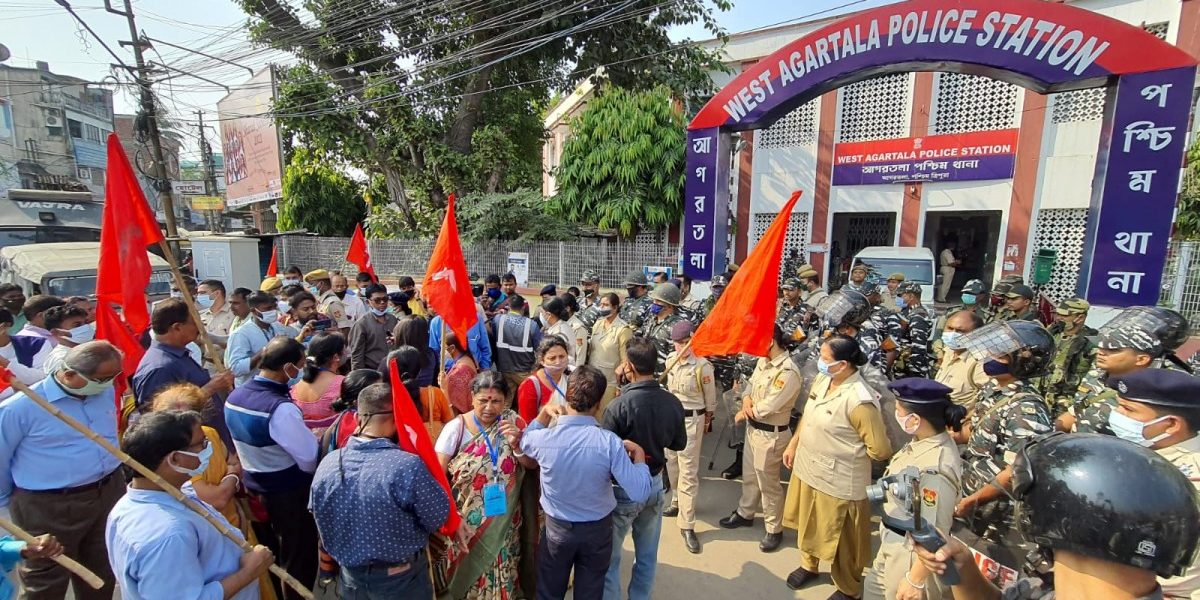 The polling in 14 of 20 civic bodies started at 7 am across 334 seats. Elections were held for 222 seats as the ruling Bharatiya Janata Party (BJP) has already won 112 seats uncontested.

An official from the State Election Commission told The Wire that the overall vote percentage was 75.67%, as of Thursday evening.

“The poll today (November 25) started at 7 am and concluded at 4 pm. In some places, reports of EVM malfunctions were reported but we replaced them. No major incidents were reported, but the returning officers received some complaints, based on which action has also been taken,” he said.

Assistant inspector-general (law and order) Subrata Chakraborty in a press statement said except for some “stray incidents” at Agartala and Melaghar under Sepahijala district, no major incident has been reported from any part of the state.

“The electors have exercised their franchise freely. A polling agent of the Trinamool Congress (TMC) was hurt in an incident near Acharya Prafulla Chandra School in Agartala. Two persons have been detained. A case is being registered in this regard. In another incident, at Melaghar, a candidate of the CPI(M) for ward no 4 under the Agartala Municipal Corporation has alleged that he was assaulted and moved out of the booth by a group of Bharatiya Janata Party (BJP) supporters.”

The police said that five first information reports (FIRs) were registered at the Melaghar police station. The case is under investigation.

“At Sonamura nagar panchayat, some miscreants tried to damage the EVM due to which voting was suspended for some time. The voting process was resumed after the timely intervention of civil authorities. There were some complaints related to the alleged threatening of voters, candidates, polling agents. The matter was resolved by the police through timely intervention,” police said.

The police have arrested 98 persons, including 41 “outsiders”, 32 supporters of the TMC and 25 supporters of the CPI(M) from the Agartala Municipal Corporation area under preventive sections of the law for attempt of breach of peace. Subsequently, they were all released in the afternoon.

“The overall situation is peaceful. Adequate security arrangements are being made by the Tripura police to ensure peace prior to and during the counting process,” the statement stated.

The counting of votes will begin at 8 am on Sunday. 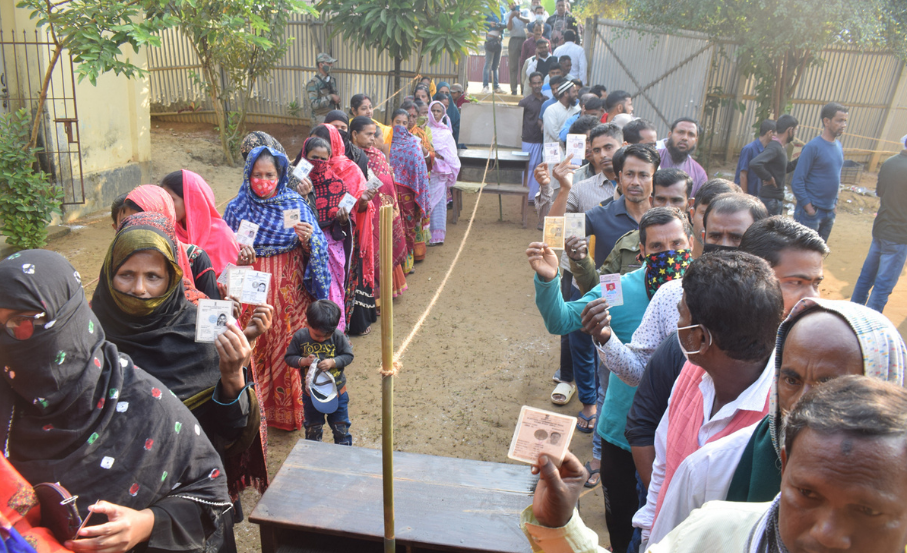 Though the State Election Commission and the police claimed that no such major incidents were reported during the polling hours across the state, the opposition parties including the CPI(M), TMC and Congress have alleged that large-scale violence. They accused the BJP of sheltering “goons” who forcefully captured polling booths and didn’t allow their agents to enter the booths. They also allegedly threatened voters.

The CPI(M) on Thursday afternoon gheraoed the West Agartala police station after its candidates were forcefully ousted from their wards and their polling agents were not allowed inside the booths.

He also questioned the police and the state election commissioner for not taking any steps to prevent such violence.

“We spoke to the IG (law and order) of the Tripura police, the state election commissioner, election returning officers, local police and all are mum. Around 16 candidates were forcefully ousted from the ward. We came to the police to inform them. They are violating the direction of the Supreme Court and high court,” Kar said.

He, however, added, “We demand to postpone the election and ask them [the BJP] that no polling agents will be there. I can challenge them that they can’t do it. The BJP has no ideology; this party is the party of goondas.”

Speaking with reporters, TMC state convener Subal Bhowmik said that “BJP goons” allegedly attacked their polling agents and did not allow them inside to enter the booths.

“The Supreme Court directed the government to take all steps to conduct the election in a free, fair and peaceful manner. The police is totally silent. They are not taking any steps against the outsiders who entered the city. The police is helping the BJP. This is totally a farce. We will not accept it. We have never seen such a situation in the state,” Bhowmik alleged.

However, deputy chief minister Jishnu Dev Varma denied all the allegations made by the opposition parties and told The Wire that some ‘stray incidents’ were reported but no major incidents occurred.

“Some of the reports are exaggerated and the party that has come to fight the elections here is trying to stir a hornet’s nest. They always complain against the ruling party. What they have to show is that the BJP workers were involved in the violence. Was there any arson? No police firing, no tear gas firing. So if nothing has been done, what is the point of making allegations?” Jishnu said.

Expressing his displeasure over complaints that people were not allowed to cast their votes, BJP MLA Sudip Roy Barman said, “I have received many complaints, of course, which does not speak well of democracy.” He further said that despite the imposition of section 144, many “outsiders” entered Agartala and were seen near polling booths.

“Why have outsiders entered here? What are their intentions? I have received many complaints that people were not allowed to cast their votes. I have seen a video where a person was standing near the EVM and telling people who to vote for. People should not be denied their fundamental rights,” Sudip said.