The CPI(M) leader cited a video in which BJP supporters allegedly forced a Left worker to chant 'Jai Shri Ram' while he was out delivering medical supplies. 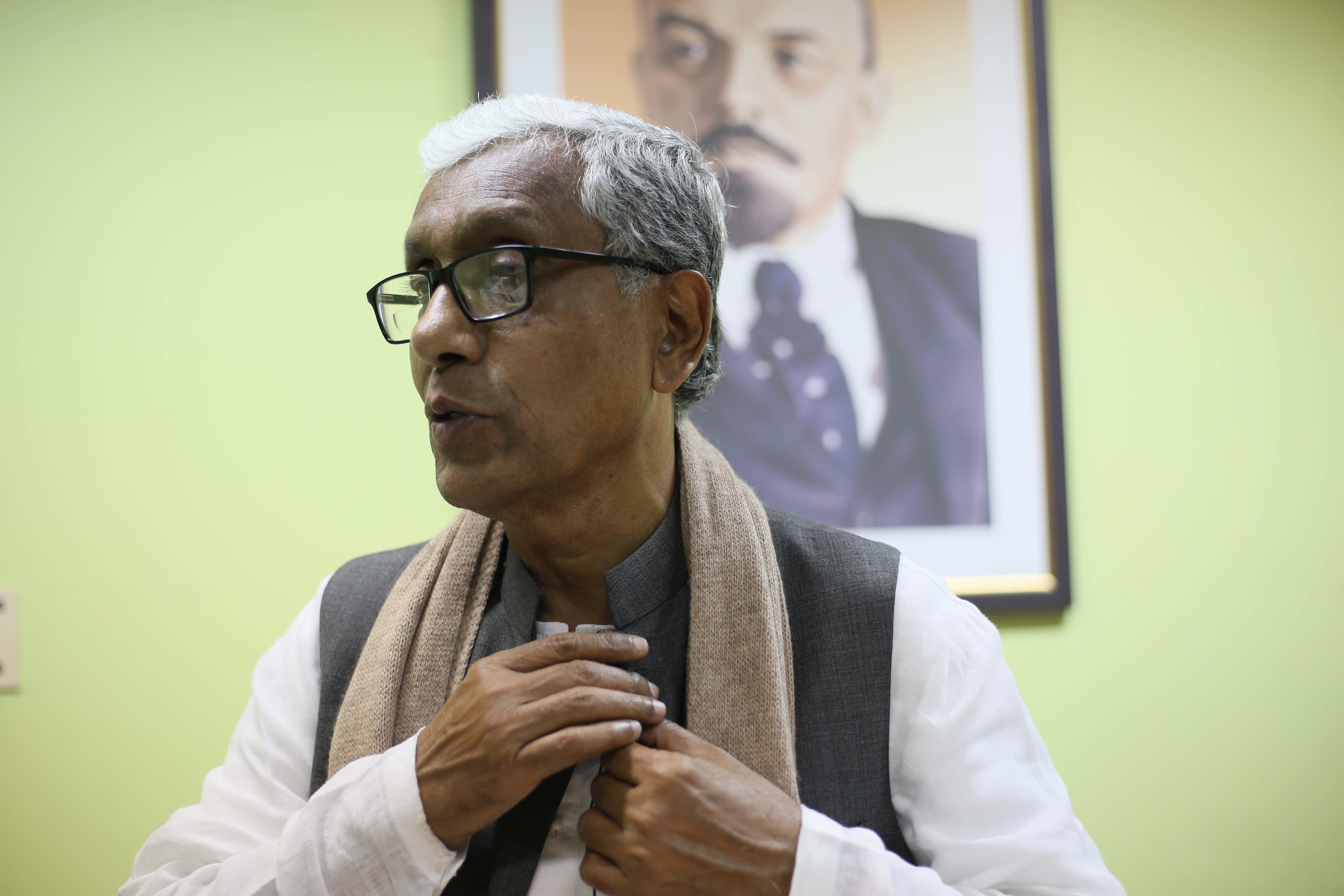 Agartala: Former Tripura chief minister and leader of opposition Manik Sarkar has said that he saw a video allegedly showing local Bharatiya Janata Party supporters coercing a CPI(M) worker who was on his way to deliver medical supplies to chant ‘Jai Shri Ram’ while doing sit-ups.

“If Shri Ram was alive then he would have thought of hanging himself considering such inhuman acts were happening in his name,” Sarkar said.

He said incidents where BJP workers and leaders were preventing CPI(M) workers from distributing masks, sanitisers, and other COVID-19 related supplies were rampant across the state.

The incident in the video took place in Kailasahar sub-division of Unakoti district, Sarkar alleged.

“I have seen a video where a CPI(M) party worker in Kailasahar sub-division was going back to his house after distributing masks and sanitisers. The BJP workers stopped him, forced him to chant ‘Jai Shri Ram’ while doing sit-ups holding his ears. This went on for a minute,” Sarkar said.

Also read: Insults To Religion Without Deliberate Intention Not Offence Under Section 295A IPC: Tripura HC

Sarkar alleged that the BJP chief in the state was “aware of such incidents” and yet chose not to comment on them. “He should have condemned this,” he added.

“Such attacks are a sign of fear. They (BJP) are losing ground and people are moving away from them. These attacks are also a sign of weakness,” he said.

BJP Tripura spokesperson Nabendu Bhattacharya told The Wire that Sarkar’s allegation was fiction, concocted by the opposition party as they have no footprint in the state anymore.

“Just to malign the name of our party they have made such an allegation. They should have informed the police. No one from our party has engaged in such activities,” Bhattacharya said.

Sarkar also told reporters that a year ago, BJP youth workers had attacked SFI workers in an incident he witnessed at a blood donation camp in Ramanagar of Agartala.

“Youths have to come forward for such efforts and older people should encourage them. Those who are attacking the blood donation camp are not going to carry out such programmes…In the current situation too, SFI and DYFI have once again come forward to donate blood to save the lives of people. Leftist-minded children are gaining acceptance among the people through such programmes. For this and out of jealousy the blood donation camps are coming under attack,” Sarkar said.