Tripura: Blow for BJP as Ally IPFT Teams Up With Pradyot's TIPRA for Crucial Election

The Tripura Tribal Area Autonomous District Council (TTAADC) election has been deferred by the BJP for close to a year and will take place before May 17, 2021. 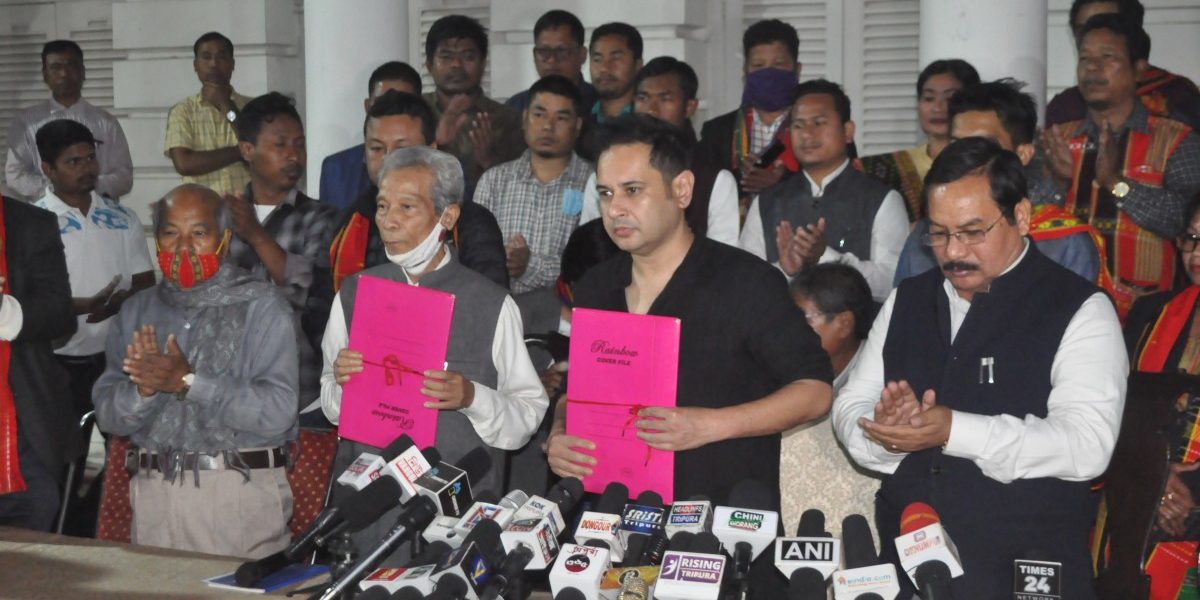 The saffron party came into power in an alliance with the Indigenous Peoples Front of Tripura (IPFT) on March 18, 2018, ending a 25-year Left rule in Tripura.

TIPRA began as an apolitical party but is now in the poll fray under Tripura’s royal scion Pradyot Kishore Manikya Debbarma.

Even after the formation of the incumbent government, the IPFT and BJP have often fought over seat sharing. Since 2018, the parties have not contested a single election together. In the coalition, BJP has 36 seats and IPFT has eight. The assembly has 60 seats.

The parties fielded separate candidates during the 2019 Lok Sabha election and there have been multiple instances of clashes between the alliance partners.

The IPFT had promised ‘Tipraland’ – a separate state for the indigenous of the state. This has not been fulfilled yet.

This time, Pradyot has called for a ‘Greater Tipraland’, in an ostensible effort to highlight IPFT’s failure to deliver on its demand. Also on the table is IPFT’s purported denial of opposition to the CAA and support for NRC revision in Tripura.

Not only the IPFT but more two indigenous political parties including the Indigenous Peoples Front of Tripura-Tipraha and the Tipraland State Party have joined hands with Pradyot ‘unconditionally’ for a ‘greater Tipraland’. The new name of their political party is ‘Tipraha Indigenous Progressive Regional Alliance’.

glad to announce that Tipraland State Party , IPFT ( Tipraha) have merged their parties into TIPRA. pic.twitter.com/smDL9u2r9D

Speaking with The Wire, Pradyot said that this alliance will continue after the tribal council polls and was hopeful of a sweeping mandate.

Speaking in a press conference later this evening, the IPFT president who is also state revenue minister, Narendra Chandra Debbarma, said his party has been asking for ‘Tipraland’ with democratic protests.

“Since 2009, we have been protesting democratically to end economic and social deprivation of indigenous people…Maharaja Pradyot Kishore and IPFT have been working with the same goal. So after a series of meetings, we have decided that we shall work together to safeguard the constitutional rights of the indigenous of this state,” Debbarma said.

The two parties have also appealed to other tribal parties to join them in the fight.

IPFT general secretary and state tribal welfare minister Mevar Kumar Jamatia said his party has come together with TIPRA after a series of dialogues over the demand of ‘Tipraland.’

However, Mevar has maintained that the alliance with BJP would continue in coming days, even though they are ‘unhappy’ with its work in fulfilling pre-poll promises for indigenous people.

When asked by The Wire about the BJP central leadership’s reaction, Mevar said, “IPFT is a separate party and it doesn’t need to take permission from our ally for our decisions.”

The Tripura Tribal Areas Autonomous District Council (TTADC) was constituted on January 18, 1982, and covers 68% of the total geographical area of the state. It is home to over one-third of the total population of Tripura. The district council has a total of 30 seats of which 28 are for elected members, while two were nominated by the governor of Tripura. It has, for the most part, been ruled by the CPI(M).

On March 26, 2020, the BJP led Tripura government deferred the election of the district council ‘indefinitely’ citing the COVID-19 pandemic.

The tribal council’s charge was assumed by the gubernatorial head as per a decision of the state cabinet till the next election. The governor’s rule was later extended for another six months.

After the Tripura government extended the tenure of district council twice, an individual from the district council and a regional political party named Tripura People’s Front (TPF) filed a PIL last year seeking immediate polls in the council. On January 12, the high court directed the state government to conduct the poll before May 17, 2021.