'No Need for Show of Strength': BJP Asks Biplab Deb to Call off Dec 13 Meeting

The Tripura CM had said that he would hold a meeting in the state capital and ask people whether they want him to continue as the chief minister. 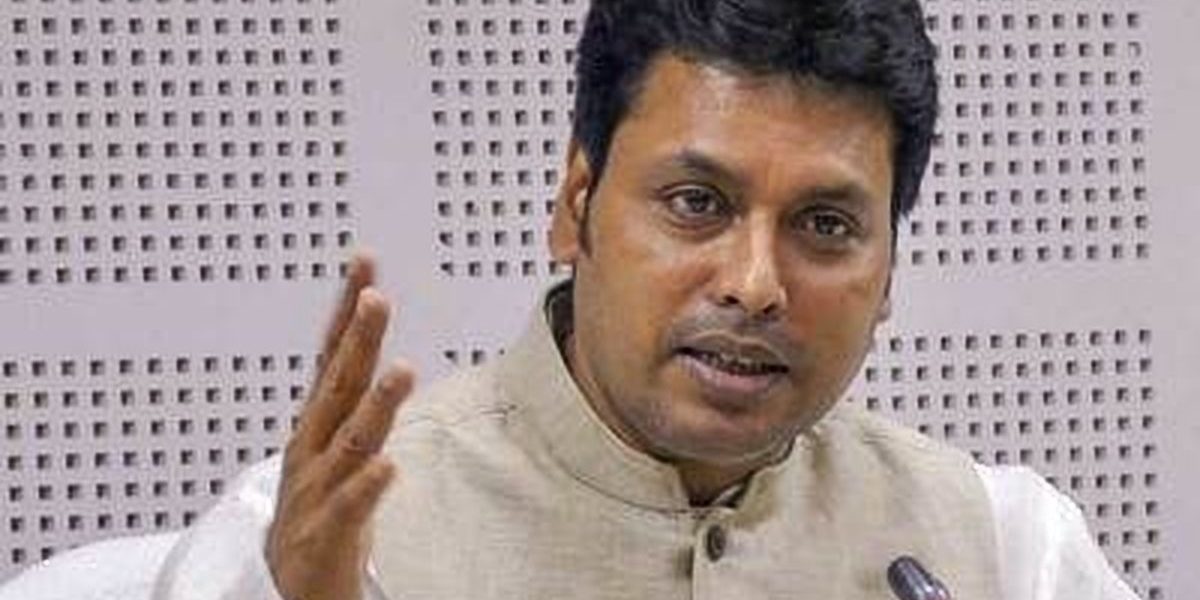 New Delhi: The BJP leadership has asked Tripura Chief Minister Biplab Kumar Deb to call off a public meeting he had called in Agartala on December 13 in what was seen as his show of strength amid disaffection against him in a section of party MLAs.

BJP secretary Vinod Sonkar, who is in charge of the party’s affairs in the state, told PTI that Deb has been conveyed that there was no need to hold such a programme.

“People of Tripura have blessed the BJP and the chief minister should continue to serve them. If there is any issue in the organisation, the party will address it,” Sonkar, also a Lok Sabha member, said.

Sonkar had spoken to BJP president J.P. Nadda after Deb said he was ready to quit if people wanted so as he called the public meeting.

Nadda spoke to Deb and asked him not to go ahead with the exercise.

Deb had said on Tuesday that he would hold a meeting in the Swami Vivekananda Maidan, a stadium in the state capital, on December 13 and ask people whether they want him to continue as the chief minister.

His announcement came two days after a group of BJP supporters shouted slogans demanding his removal during Sonkar’s visit to the state.

Some MLAs had also camped in the national capital some time ago, pushing for his removal.

A party leader described Deb’s comments as “emotional”, saying he should not have announced such a programme in the first place.