The TMC's charge that it wasn't consulted in finalising Margaret Alva as the opposition's vice-presidential nominee indicates that its conflict with the Congress party is here to stay. 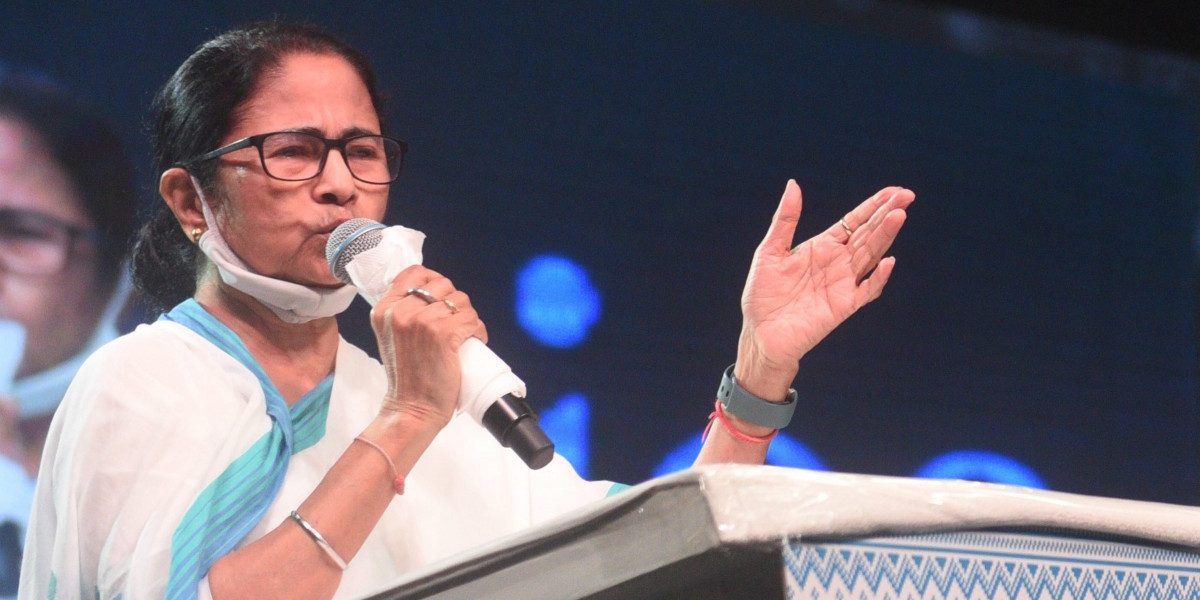 Kolkata: West Bengal chief minister Mamata Banerjee’s Trinamool Congress (TMC)’s decision to abstain from voting in the vice-presidential election may have have shocked the Congress, which chose former Congress leader Margaret Alva as joint opposition candidate during a rather hurriedly-convened meeting in New Delhi on July 17, but TMC leaders say their stance is meant to underline the perils of the Congress taking their party for granted.

While the Congress has urged the TMC to uphold the spirit of opposition unity and stand by the joint candidate, TMC leaders said that their decision was not intended to hurt the interests of opposition unity. Rather, it was to ensure that opposition unity developed in the coming months and years in a democratic manner, they argued.

Also read: ‘Not the Time for Ego’: Margaret Alva Says After TMC Decides to Abstain From VP Poll

‘No one’s consent should be taken for granted’ is the message they wanted to spread, party spokespersons argued.

On Friday, July 22, a day after TMC national general secretary and Lok Sabha MP Abhishek Banerjee informed the media that the party had chosen to stay away from the election because Alva’s candidature was not decided in a democratic way, Alva termed the decision as “disappointing”. Taking to Twitter, she wrote:

The TMC’s decision to abstain from voting in the VP election is disappointing. This isn’t the time for ‘whataboutery’, ego or anger. This is the time for courage, leadership & unity. I believe, @MamataOfficial , who is the epitome of courage, will stand with the opposition.

Alva will take on the ruling National Democratic Alliance (NDA)’s candidate Jagdeep Dhankhar in the August 6 election whose result is foregone since the NDA has a majority of MPs in a combined count of both house of parliament. 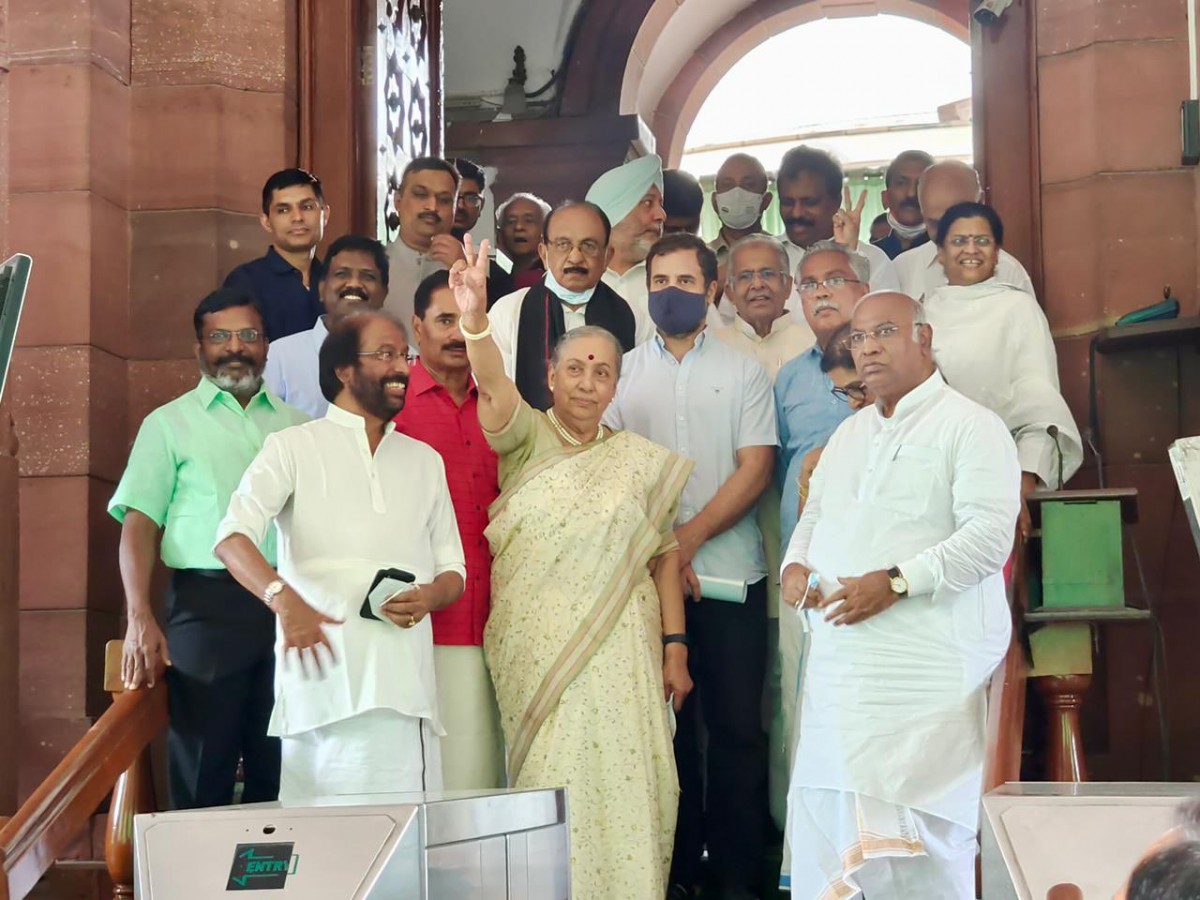 In Delhi, senior Congress leader Mallikarjun Kharge, too, told the ANI on Friday that they wanted the opposition to work unitedly. “We will try to find the reason behind this sudden decision by TMC,” said Kharge.

While Congress leaders at the national level were more measured in their statements, Bengal Congress president Adhir Ranjan Chowdhury, a five-time Lok Sabha MP, was sharp in his criticism, calling the TMC’s move “nothing but an attempt to subvert opposition unity”.

“This is nothing but the TMC’s way to convey a message to the BJP that they do not want confrontation with them. They knew everything about the choice of candidate. Opposition leaders spoke to them before Alva filed her nomination,” Chowdhury told The Wire.

Chowdhury also referred to the meeting that Dhankhar, still the Bengal governor, had with Banerjee and Assam chief minister Himanta Biswa Sarma in Darjeeling on July 14 and alleged that the TMC’s decision on the vice-presidential election was “fixed then and there”.

Dhankhar had hosted the two chief ministers at his Darjeeling residence before flying to Delhi to meet Amit Shah on July 15, a day before he was named the NDA’s vice-presidential candidate. Banerjee was in the Darjeeling hills on an official programme.

Dhankhar and Banerjee had both termed it as a “courtesy meeting”. The governor’s office said that he had invited the Assam chief minister to visit him in Darjeeling and also extended an invitation to the Bengal chief minister because she was already in the town.

While the subject of the Darjeeling interaction is not known, a TMC MP told The Wire that the decision to abstain was actually taken by Trinamool MPs in a meeting with Mamata Banerjee and Abhishek in Kolkota on July 21. According to party sources, the CN had no view and the discussion showed the MPs were evenly split between backing Alva and abstaining – with one MP actually favouring a vote for Dhankar – before Abhishek weighed in on the “abstention” side and then a majority took the same view.

A TMC Rajya Sabha MP, who did not want to be named, told The Wire on Saturday, “There is nothing for the Congress to find out. They know it very well that Alva’s name was not discussed with us. We had to take a tough stand to send a necessary message to Congress: ‘Stop playing the big brother’.”

On Friday evening, the TMC’s national spokesperson Chandrima Bhattacharya and state unit spokesperson Kunal Ghosh told the media in Kolkata that the party has the utmost respect for Alva and her work but has a problem “with the mechanism through which Alva’s name was selected”.

“We do not have any objection towards the candidate but (have a problem with) the process of selecting the candidate,” Ghosh clarified, refusing to assign the blame on any particular party.

The TMC also rubbished the charge of having ‘a deal’ with Dhankhar.

“When the person concerned was in Bengal, he acted in an unconstitutional manner and we will always be opposed to this. Additionally, it doesn’t matter who they field for different posts. BJP is an anti-farmer party, their leaders have mowed down protesting farmers, it doesn’t matter if they field a ‘kisan putra’ leader,” said Ghosh.

“We would like journalists to remember how our initiative to decide on a unanimous opposition candidate for the presidential election followed a democratic manner,” said the Rajya Sabha MP quoted earlier.

Political observers felt that the stand of the TMC made it clear that they want to keep the Congress under pressure in the dynamics of opposition politics and that the conflict between the two parties is here to stay.

According to Maidul Islam, a columnist who teaches political science at the Centre for Studies in Social Sciences, Calcutta, the TMC’s response prompts one to ask if they are serious about opposition unity at all.

“It’s a petty issue that they have picked. Mamata Banerjee keeps talking about showing a large heart. It’s time the TMC showed a large heart. If they are really serious about opposition unity, they should announce their support for Alva,” Islam told the Wire.

Udayan Bandyopadhyay, a columnist who teaches political science at Bangabasi College in Kolkata, said that the TMC supremo made clear her party’s road to the 2024 Lok Sabha election when she said from the dais of the party’s July 21 rally that opposition unity will easily take place once the BJP failed to get a single majority in the coming Lok Sabha election.

“She made it clear that competition between opposition parties will continue till the 2024 Lok Sabha election. Her hint was at a post-poll alliance against a pre-poll alliance,” Bandyopadhyay said.

He added opposition unity is yet to take shape like the pre-1977 days under the leadership of Jay Prakash Narayan or the 1988-89 period around V.P. Singh because the complexities of regional politics had increased manifold and the regional forces at present have far greater internal conflicts than the opposition parties had during the two earlier periods that saw opposition parties with diverse interests and backgrounds come under a single umbrella.

“During the late 1980s, the unity of regional forces largely derived energy from the politics of federalism, highlighting Centre-State conflict. Such a unifying factor is missing as of now. The opposition parties at present first need to build a common ground on which to stand. Otherwise, such incidents of conflict will keep popping up,” he said.

In June, when Trinamool Congress supremo and West Bengal chief minister Mamata Banerjee took the initiative to organise meetings of all opposition parties to decide on a unanimous opposition candidate in the presidential elections, she wrote to the leaders of as many as 22 parties, including opposition chief ministers, to gather in New Delhi for discussions. This included Congress chairperson Sonia Gandhi, CPI (M) general secretary Sitaram Yechuri and Aam Aadmi Party (AAP)’s Arvind Kejriwal.

That initiative was actually taken at NCP leader Sharad Pawar’s behest when he conveyed to the TMC leader that he would like to be fielded as the joint opposition candidate.

In that meeting for which Mamata Banerjee flew down for, however, Pawar took a U-turn and declined the nomination. Another meeting had to be held later.

Though AAP and the Telangana Rashtra Samithi (TRS) did not attend any of the meetings, they later supported the joint opposition candidate, Yashwant Sinha, while the JMM, which initially supported Sinha, later announced their support for the NDA’s candidate Droupadi Murmu.

This was attended by the Congress, the DMK, the SP, the NCP, the RJD, the Thackeray faction of Shiv Sena, the Viduthalai Chiruthaigal Katchi (VCK), the RSP, the Marumalarchi Dravida Munnetra Kazhagam (MDMK), the IUML, the Mani Congress, the CPI, the CPI(M), the JMM, the National Conference and the RLD.

The TRS, which had just two weeks ago said there was no question of sharing a platform with the Congress, joined this meeting, too. However, there was none from the TMC and AAP.

While announcing the name of Alva, Pawar said, the TMC and the AAP were yet to be contacted. “We are also trying to contact Mamata-ji. She was busy with some functions. So, contact is not established,” Pawar said, adding that he hoped AAP would announce their support for Alva in a day or two.

Perhaps bolstered by the presence of the representatives of the TRS and JMM, Shiv Sena’s Sanjay Raut even told the media that “opposition parties are all together this time (vice-presidential election)”.

While the AAP is yet to announce its decision, the TMC on July 21 attributed their decision to  the way “the decision to select Alva’s name was done hastily, without proper representation”.

Speaking to The Wire, Ajay Gudavarthy, an associate professor at the Centre for Political Studies at New Delhi’s Jawaharlal Nehru University (JNU), said that conflict over the territorial expansion of different parties was a smaller problem in the opposition camp compared to the main issue that they do not have a reliable agenda and policy alternative to the BJP. He suspected that none of these parties understood the gravity of the situation, while the BJP understands the opposition’s weakness very clearly.

“They lack the courage and conviction to say that protecting the rights of the minority is not appeasement. They are not telling the Hindus that the BJP’s majority victimhood card is baseless. Instead of rallying the Hindus on non-religious issues, they are also taking the religious route to majority appeasement, ultimately helping further the BJP’s goal,” he said.