Trivedi's resignation dealt yet another blow to the Mamata Banerjee camp, which is grappling with an exodus of party members ahead of the West Bengal assembly polls. 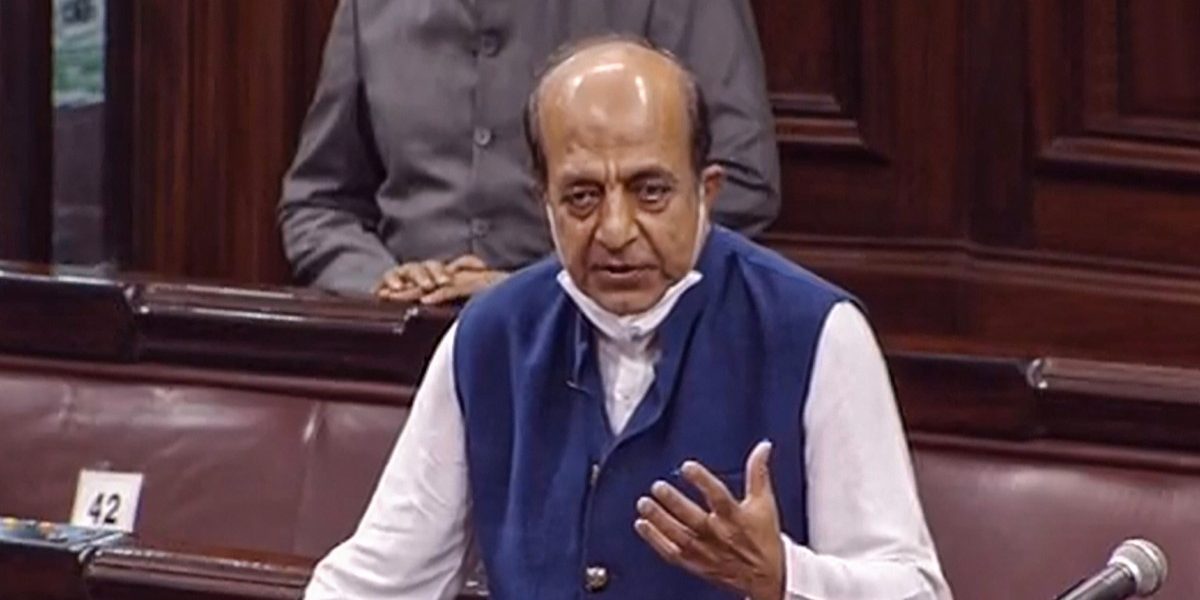 Kolkata: The Trinamool Congress on Friday called party leader Dinesh Trivedi “ungrateful” after he resigned from his Rajya Sabha seat, while the Bharatiya Janata Party, jubilant over his decision, invited him to join its camp.

Trivedi’s resignation dealt yet another blow to the Mamata Banerjee camp, which is grappling with an exodus of party members ahead of the West Bengal assembly polls.

The former Union minister announced that he would be resigning from the upper house, saying that he feels suffocated by not being able to do anything amid the growing violence and unrest in Bengal.

The two-time Lok Sabha MP was sent to Rajya Sabha last year by the TMC after he lost the parliamentary polls in 2019.

He is reported to have had some tiff with another senior Rajya Sabha member of the party.

Reacting to the development, TMC Rajya Sabha deputy leader Sukhendu Sekhar Roy said Trivedi is “ungrateful”. “For the last so many years he [Trivedi] did not say anything. Now, all of a sudden, just months before the assembly polls, he has complaints. This shows his true colours,” Roy said. “He is ungrateful and has betrayed the trust of people,” he added.

Echoing him, party colleague and Lok Sabha MP Sougata Roy said, “People like Trivedi enjoy power during their tenure and leave before elections. If he had grievances, he could have aired it within the party.”

Also read: TMC Sharpens Attack as Flip Flop on CAA Puts BJP on the Back Foot in Bengal

Senior TMC leader and minister Tapas Ray said if people like him leave the party, it is a blessing for the ruling camp. “It is good that he left us. He never enjoyed mass support. He used to win elections because of Mamata Banerjee’s image. People like him are of no use to any political party,” he said.

Elated over the development, the BJP, however, iterated that “the beginning of the end of the TMC has begun”. Claiming that the party will disintegrate soon, state BJP president Dilip Ghosh said, “It is only a matter of time before the TMC disintegrates. If Dinesh Trivedi wants to join us, we will welcome him.”

BJP national general secretary and the party’s Bengal minder Kailash Vijayvargiya lauded Trivedi as a “capable leader”. “Those who want to work for the country or the state [have] no place in a private limited company like the TMC. Last year, I had met him at the airport, and he told me that he was not being allowed to work for the masses. He took one year to take this decision. We respect his decision and if he wants to join us, he is most welcome,” Vijayvargiya said.

Trivedi is the fourth senior leader to quit the ruling party in Bengal in the last two months after Suvendu Adhikari and Rajib Banerjee, who switched over to the BJP, and Laxmi Ratan Shukla, who expressed his desire to quit politics.

This was not the first time Trivedi openly aired his grievances against the party. Earlier, in March 2012, he had to step down as railway minister after Mamata Banerjee, who is the TMC supremo, opposed the budget placed by him, proposing a fare hike. He was replaced with the then-TMC general secretary Mukul Roy. Shortly after, Trivedi was also suspended from the party but was later reinstated.

Also read: ‘If Congress, CPI(M) Are Genuinely Anti-BJP, They Should Back Mamata,’ Says TMC

The TMC was an important constituent of the Congress-led UPA government at the Centre.

Earlier in the day, Trivedi said, “If you sit here quietly and cannot do anything, then it is better that you resign from here and go to the land of Bengal and be with people.” He added, “What I mean to say is the way violence is taking place in our state. Sitting here, I am feeling perplexed as to what I should be doing.”

Later in the evening, while talking to a Bengali news channel, Trivedi dropped hints that he might cross over to the BJP in the near future. “I share cordial relations with the BJP top brass, including Amit Shah and Prime Minister Narendra Modi… I could have joined the BJP long ago. But I can’t talk about [the] future,” Trivedi said.

The CPI(M) leadership mocked the TMC and the BJP, and said it was funny that people are jumping ship just ahead of the polls “because of the call of their inner voice”. “After so many years, Trivedi listened to his inner voice. Was his inner voice sleeping all these years? However, for a corrupt party like the TMC, this is what it deserves,” CPI(M) politburo member Mohammed Salim said.

Trivedi began his political career in the Congress in the 1980s but later switched allegiance to the Janata Dal in 1990. He joined the TMC in 1998.