'This is Modi's Emergency': Yechury on Police Action Against Protesting JNU Students

Yechury, who was the JNU students' union president during the Emergency, said peaceful demonstration is a democratic right in a democratic society. 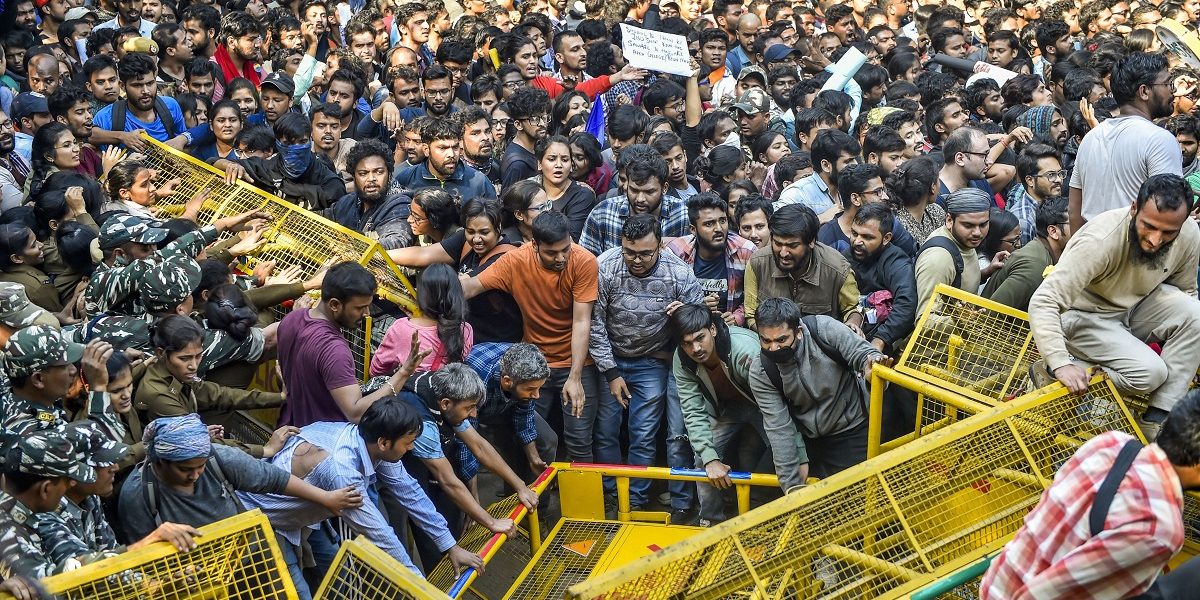 New Delhi: CPI(M) general secretary Sitaram Yechury on Monday condemned the police action on protesting students of the Jawaharlal Nehru University (JNU), saying it was not the right way to deal with democratic protests.

“This is Modi’s emergency. The number of police personnel present at the spot of the protest is higher than what we saw during the emergency,” Yechury said during a press briefing here. “This is not the right way to deal with democratic protests. The Modi government is trying to provoke the students.”

Yechury, who was the JNU students’ union president during the Emergency, said peaceful demonstration is a democratic right in a democratic society. He added that beating up students shows the “use of extreme authoritarianism on the part of the government”.

The CPI(M) leader said during his student days, marches were taken till the Parliament without any violence. “Here the police is provoking the students who are still showing restraint,” he said.

Also Read: JNU Students: You Are Our Only Hope

Thousands of JNU students, carrying placards and chanting slogans, marched towards Parliament on the first day of the winter session on Monday, demanding a total rollback of the hostel fee hike, but were stopped by the police around half a kilometre from the institute’s campus in south Delhi.

Hundreds of police personnel stopped the students on the Baba Ganganath Marg, around 600 metres from the main gate of the university and some of them were forcefully blocked from moving ahead.

Several leaders of the agitation were detained by police when they were insisting on marching forward.

The varsity’s students have been protesting for nearly three weeks against the draft hostel manual, which has provisions for hostel fee hike, dress code and curfew timings.