One is almost at a loss to understand how on the one hand most of the leaders characterise the NDA in extreme negative terms but on the other, show no urgency in efforts at forging an alliance amongst themselves. 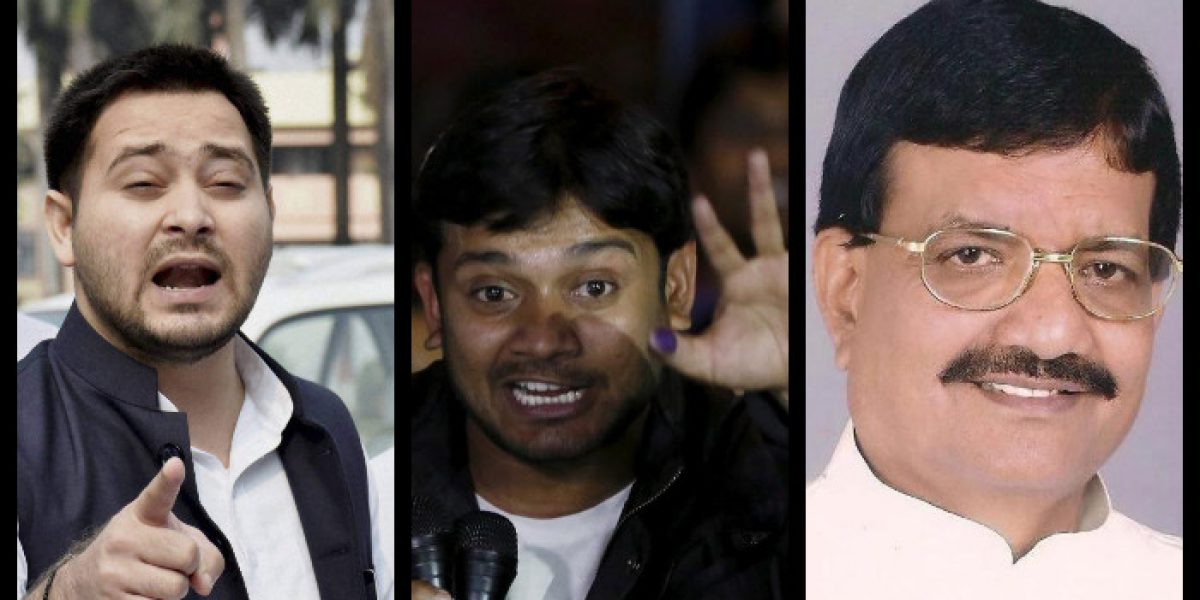 Just before lock-down a group of veteran activists singly and in twos and threes met general secretaries of the three communist parties senior leaders of the Congress party and of the RJD.

These meetings were in their individual capacities as political activists, primarily to convey to the leadership of these parties a widely shared concern of non-party/non-election political groups. This concern was regarding the need for a broad unity in the context of the forthcoming Bihar assembly election.

All such groups strongly feel that in the present battlefield of narratives of nation building, the non-BJP parties are not doing enough and not undertaking efforts unitedly.

Every meeting with these senior leaders invoked the following reactions in the members of the delegations which met them:

1) All parties seemed to be broadly on the same page as far as characterisation of RSS-BJP ruling dispensation was concerned.
2) These parties were not taking a bold and time-bound quick initiative to forge inter-party democratic left alliances.
3) Each political formation is strongly guided by their acute sense of boundaries and the usual inter-party competition and not guided by any sense of urgency of fighting the ever-increasing challenge posed by the RSS-BJP.

One is almost at a loss to understand how on the one hand most of the leaders characterise the NDA in extreme negative terms but on the other, show no urgency in efforts at forging an alliance amongst themselves. Is it too unrealistic to expect the respective party functionaries to always think about the whole polity and the role of other parties in a broad left and democratic front?

One of the leaders of the three left parties very rightly pointed out that there should be principled commitment to a programmatic unity among parties and not just last-minute seat sharing. For programmatic unity, Kerala’s example of remarkable achievements in social development is a good, tangible reference point. In building modern Kerala, many historical factors have played a role but equally significant was the CPI-Congress alliance in the state in the 1970s, the first to give a stable full-term government in the state.

In Bihar, rather than waiting for the right kind of alliance with Samajik Nyaay forces, the left must put forward a joint people’s manifesto with grassroots civil society organisations and others who can’t be easily co-opted by the BJP. The BJP’s ‘saptrishis’, booth level teams of seven workers, can be matched by three steps:

1) broad seat sharing among committed non-NDA forces.
2) immediate linking up with grassroot citizens’ organisations, and
3) a credible and timely people’s manifesto to be used for popular political education and mobilisation.

Bihar probably has the most significant size of a political civil society after Kerala. But for historical reasons the Bihar Congress and civil society do not have an organic relationship. The political parties must recognise that a large section of Bihar’s civil society is rooted in the mass movement of 1974-1977 and the values of the Bihar movement and constitutional values espoused by the Indian National Congress have the same roots as the freedom movement.

There are large number of grassroots organisations and individuals searching for a space to make their contribution in resurrecting the nation-building narrative as against the divisive narrative of BJP and RSS. These civil society initiatives are committed to the politics of Samajik Nyaay (social justice as professed by the RJD. and others), but they want to work for a far more comprehensive and transformative agenda.

Other than J.P. Movement’s legacy, Bihar civil society today also has many young initiatives led by self-motivated idealist individuals, having their own notions of what is good and what is bad for Bihar. They are opposed to the divisive politics of NDA. Most of these groups do not want to launch political parties of their own or contest elections themselves. They are aware that the BJP knows no ethical norms and it will clandestinely support such individuals and parties to split the anti-NDA votes.

No opposition party has pro-actively sought support of such individuals and organisations. As stated earlier, these groups want to respond to their own conscience and do their bit. Such groups will be willing to tie-up at the local level with ‘good’ candidates of an opposition alliance.

Most of such groups have worked for relief to migrant workers during the COVID-19 lockdown and are very upset because of the insensitivity shown by NDA governments. But they are also perplexed why opposition parties in Bihar did not come forward to oppose Nitish Kumar’s policies on migrants more strongly. A protest gathering was organised by individual J.P. movement leaders for a March on June 5th 2020, in Patna in which more than 227 persons joined and, according to the organisers, an equal number could not reach because of heavy rain.

Also read: Politics as Usual Must Continue at This Time

An overwhelming majority of such groups feel that Congress must take the initiative to bring different elements of opposition politics including civil society on to a single platform. Of these civil society groups, most of them are not aspirants for tickets. They know their limitations in electoral politics. But they do want to be recognised and appreciated as fellow travellers in the struggle of nation building and the defence of democracy.

The indirect electoral impact of such organisations and individuals cannot be under-estimated either. They create counter-narratives. For instance, movement groups played a significant role in the Nandigram-Singur ‘struggle’ in West Bengal, and many observers believe that this helped TMC to come to power. Jignesh Mevani, Hardik Patel and Alpesh Thakur’s joining the anti-BJP campaign in the Gujarat assembly elections made a significant contribution to decreasing the lead of the BJP in the present Gujarat assembly. Although, the BJP is now doing all it can to nullify the people’s verdict in Gujarat by engineering defections, as it did in Karnataka and Madhya Pradesh.

To move towards a broad-based alliance, Bihar is less challenging than many other states such as Uttar Pradesh. In Bihar the left parties, among themselves have complimentary social bases. The state also has a high level of political consciousness and reasonable goodwill for the political class.

A non-NDA alliance can legitimately showcase the Kerala model and good work done in the COVID-19 crisis in Punjab, Rajasthan and Chhattisgarh. All left parties and Congress can claim some credit for the good work done by these parties in these states. The RJD’s reputation of giving voice to the historically marginalised social segments is widely acknowledged. The leadership of these parties has to credibly communicate to the people that they have come together to provide good governance to Bihar.

Why have I written this note? Do I expect major functionaries of these parties to expedite their alliance building processes? No, that is not the immediate expectation.

All organisational structures have a history and alliance making is not on a clean slate. Some of the functionaries may even, if they happen to read this, dismiss it as naïve or even megalomaniacal. But this is not only addressed to the party leaders. It is to put on record that ordinary concerned citizens, non-party political activists, rank and file of the Congress, regional samajik nyaay parties and left parties, all want a united struggle.

The struggle they are ready for is both on the electoral front as well as on that of nation building with an anti-divisive, anti-authoritarian narrative. It is incumbent on the national leadership of these parties to pro-actively remove the impediments for a broad alliance and build a consensus on the framework for national renewal through a broad-based people’s unity.

Vijay Pratap is a Gandhian socialist worker of long standing, committed to expanding and deepening the practice of democracy.