True 'nationalists' are hoping the ‘exposé’ by Sudarshan TV will wake up the ‘deep state’ within the Sangh parivar. To begin with, the BJP itself must be purged of all those in its ranks waging 'membership jihad'. 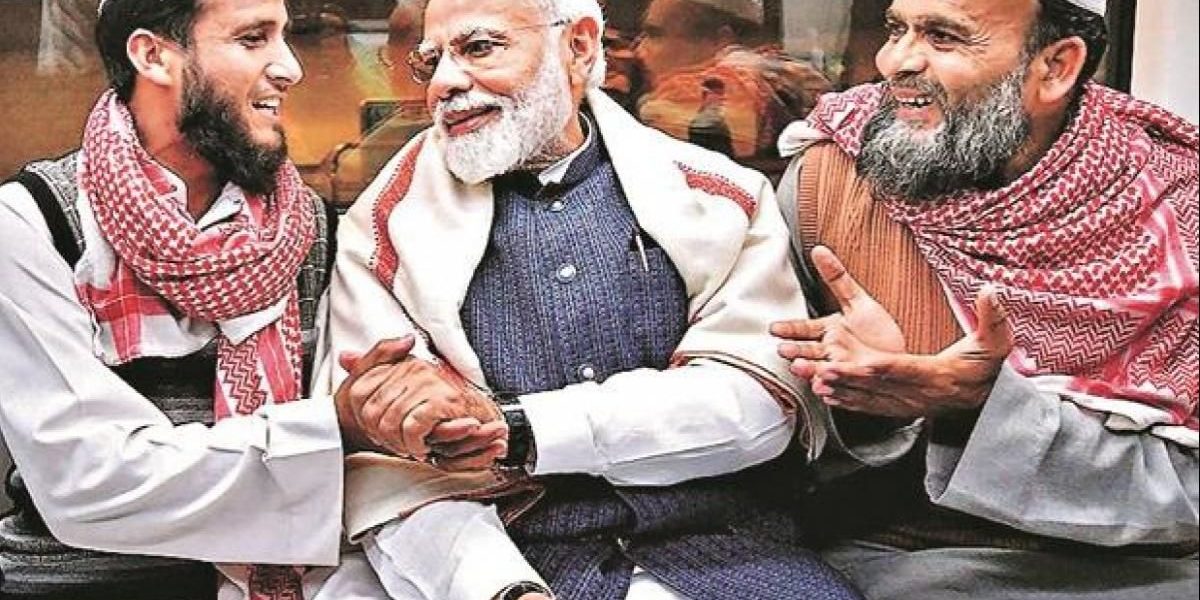 It is indeed baffling that so many democratic, liberal, progressive, or just plain decent, voices should be upset over a ‘nationalist’ news channel wanting to air an exposé about an unholy conspiracy to “infiltrate Muslims” into government services.

Without being privy to the contents of “exposé” by the pro-RSS media house, let me say, based on what “sources” are saying, that on the face of it there is indeed  a “conspiracy” and it runs much deeper and much wider than ordinarily understood.

Perhaps we can hope that one of our more imaginative channels or television anchors will have the courage to reveal the hand of a nefarious agency operating from across our frontiers which is working night and day to influence and subvert the highest echelons of the Indian state.

As a matter of fact, this is not a “conspiracy” that is “in the making”, as Sudarshan TV would have us believe.  It is a project already in place, very much a work in progress. And it has been kicking around for many, many years.

A key element of this “conspiracy”, it can be exclusively revealed, is to ensure that Muslims infiltrate the ruling Bharatiya Janata Party and take it over from within.

Though the liberal media, which is party to the conspiracy, purposely derides the Muslims who are members of the BJP as “sarkari Musalmans,” the true ‘nationalists’ in our security agencies know that these Muslims are part of the infiltration process that can be traced back to General Zia-ul Haq’s strategy of defeating India with ‘a thousand cuts’.

And they believe the breach was made long ago.

Once upon a time, the ‘moderate’  faction of the BJP headed by Atal Bihari Vajpayee was happy to parade a solitary Sikandar Bakht or Mukhtar Abbas Naqvi as evidence of the BJP’s openness and tolerance towards the minorities.

But as the ISI conspiracy took hold, the BJP started diluting its clarity about the role of the Muslims and other minorities in India – that one or two members were more than enough. Vajpayee fell victim to what our nationalist sleuths call ‘ Raisina Hill jihad’ when he insisted on fielding A.P.J. Abdul Kalam as his government’s candidate as president of India in 2002. The L.K. Advani clique’s preference at the time was for P.C. Alexander, perhaps under the influence of a parallel Vatican-inspired plot, but it was the Muslim who eventually won out, showing how effective the ‘ghuspaith conspiracy’ was.

After the ‘conspiracy’ had this important success, it was easy to further weaken the BJP’s ‘nationalist’ resolve. It too succumbed to prevailing political correctness and started attracting the Arifs and the Akbars to its ranks.

The only man, it seemed, who remained unconfused and unambiguous about this  silent conspiracy was  Narendra Modi.

Recall, pray, how as the chief minister of Gujarat he pointedly refused to don a skull cap. Such refreshing clear-headedness! Not only that; even when he moved to Delhi, his hawk-like vigilance about the ‘conspiracy’ taking hold in Gujarat remained. Recall how in the last days of campaigning for the 2017 Gujarat assembly election, he had ferreted out and exposed a ‘conspiracy’  at the behest of a neighbouring country to install a Muslim [Ahmed Patel] as the chief minister.

Also Read: It is Wrong and Unfair to Blame Muslims Themselves for their Trials and Tribulations

Still, those malicious men across the border were not the sort to give up so easily. They played the conspiracy game with increased subtlety and sophistication. Before Nagpur could cry ‘appeasement’, a handful of “progressive, nationalist” Muslims had made it to positions of influence like the Raj Bhavans or cabinet posts in the Modi regime.

The invidious impact of this unfolding ‘conspiracy’ has been felt most acutely in the conduct of India’s foreign policy. The ‘sleepers’ have persuaded Prime Minister Modi to seek friendship and accommodation with the Arab world, starting with Saudi Arabia – the very epicentre of all our civilisational afflictions.

The true ramification of the ‘conspiracy’ are, however, at home and are yet to be understood unsentimentally.  Consider this: A “Hindu” government has exhausted its (already limited) energy and imagination in wanting to ‘reform’ the Muslim community!

We know that the Modi regime has fallen for the false applause from the so-called modernist corner when it did away with the medieval triple talaq. And, the result?  These ‘liberated’ women and ‘reformed’ men now want to get educated and trained for competing with nationalist boys and girls from the majority community for a few thousand jobs, overseen by the Union Public Service Commission (UPSC). Next we know they will want to get into the armed forces!

Not just this. The ‘conspirators’ are now encouraging the ‘trojan horses’ to join the BJP in large numbers. Lots of Muslims have apparently joined the party in Kashmir. And only the other day, we learnt to our horror  that those very ‘activists’ who were manning the barricades at Shaheen Bagh have now infiltrated the ruling party in the very heart of the national capital.

Just because a bhoomi pujan has been performed at Ayodhya, the BJP has become complacent – and the commissars at Nagpur are a worried lot. Their fear is that India should not be lulled into a false sense of security.

True ‘nationalists’ are hoping the so-called controversial ‘exposé’ by Sudarshan TV will wake up the ‘deep state’ within the Sangh parivar. Though it may not be possible, at least in the near future, for the BJP government to strip the minorities of their constitutionally guaranteed rights and place, the Nagpur overseers, they hope, will expose the ‘conspiracy’ underway and hack away at its roots.

To begin with, the BJP itself must be purged of all those in its ranks waging ‘membership jihad’. The culling has to start here and now. The long term interests of Mother India are much more important than the transient satisfaction of a having a few token Muslims. The message must go out: for the glory of Bharat Mata we are prepared to make hard choices.