The Vigilantes Are Here. How Do We Fight Them?

In a country beset with serious socio-economic problems, where job creation is at a record low and farm distress shows no signs of relenting, we are busy debating cows, statues and couples in love. 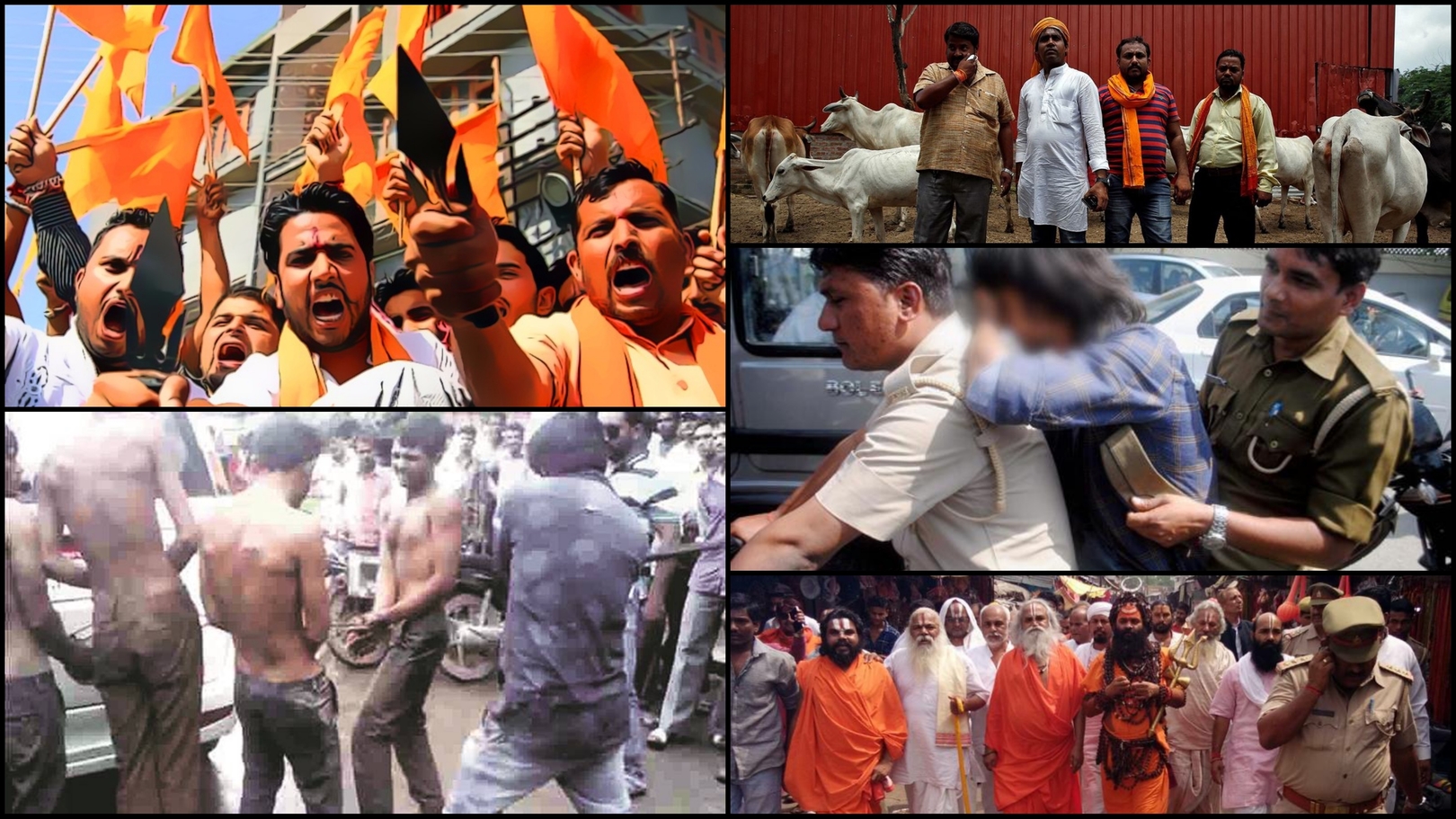 Uttar Pradesh chief minister Adityanath continues to inspire service-minded citizens to lead the fight against illegal slaughterhouses. Some other men have also ganged up to combat the menace of eve-teasing “Romeos,” but expanded their scope to harassing couples in consensual relationships.

Those accused of the Babri Masjid demolition in 1992 defiantly declare that their actions are as pious as that of the brave men who fought for the country’s independence from the British.

India has finally got the vigilantes it always wanted – those who protect our honour, fight against corruption, and restore pride to the country. Cattle traders are thrashed in the heart of Delhi, even as the police vacillate between booking the culprits and charging the victims with ‘animal cruelty’. As expected, superstar vigilantes inspire several more in their mould, and we have at hand a spate of incidents. So we have videos surfacing on social media of a man threatening to kill Muslims while brandishing a gun, and public hoardings in Uttar Pradesh threatening Kashmiris with dire consequences unless they leave immediately. Meanwhile, a has-been Bollywood singer, Abhijit, raves and rants on TV and on Twitter, threatening violence against Muslims. Also, the armed forces in Kashmir think its fun to slap around some young men and force them to shout “Pakistan murdabad” slogans.

And do not forget the events from the recent past – late last year, Prime Minister Narendra Modi suddenly announced a decision to revoke the legal tender status of 86% of currency notes circulating in the economy.

These are other forms of vigilantism, barely sanctioned by law (usually exploiting every possible loophole and a complete disregard for propriety). A government that will push through a faulty universal identification system and will amend political party financing rules with impunity to make them less transparent.

Tales are spun to justify these acts of vigilantism. The Uttar Pradesh assembly election threw up its own set of post-facto theories, most of which sought to assert that Modi’s demonetisation was a great success, that caste and religion-based voting was a thing of the past, that the voters in UP wanted Adityanath for better ‘law and order’. All of this happened just as Dalits and Muslims started being targeted across the state.

The vigilantes are taking over everywhere, and the constitution is slowly taking a backseat. In the cacophony of a reactive news cycle, it is difficult to maintain a consistent battle against an increasingly communal and authoritarian government. In a country beset with serious socio-economic problems, where job creation is at a record low, and farm distress shows no signs of relenting, we are busy debating cows, statues, and couples in love. On the one hand, this reflects the absolute failure of the political opposition, which have lurched from poll to poll, failing to counter the government’s divisive narrative. On the other hand, this is an indictment of our own inability as citizens to hold on to values of morality and empathy. We have allowed lunatics to set the agenda, as we sat back to ‘consume’ (and occasionally react) via traditional and social media.

Some people are of the view that as a country we went too far with constitutional principles (especially secularism, welfare and equity) even as the masses were not ready for it. While that argument itself is elitist, they go on to argue that what the ‘intelligentsia’ (another derogatory label these days) see as progress has always been opposed by a voiceless majority who felt their glorious culture and traditions were being taken away from them. The moral voice on Kashmir, for instance, is now seen as a weakness and a failure to assert our territorial sovereignty. Progressive voices on protecting minorities is now widely derided as appeasement. Support for equity through affirmative action is brutally criticised as being anti-merit. A free press that questions those in power is suddenly anti-national. A kind of free-wheeling vigilantism is seen as the answer.

Last week though, former Delhi high court chief justice A.P Shah delivered a stinging indictment of the current state of affairs in India, asking what nationalism really meant and questioning whether the state’s tendency to interfere with people’s food habits, film censorship and the wider curbs on freedom of expression behoves a country that aspires to greatness. I quote:

At the end of the day, it is important to question, what is the defining characteristic of a nation – is it the territorial boundary or the collection of people that is a country’s defining feature. Our constitution starts with a solemn declaration of “We, the people of India…” In this context, is being anti-national equivalent to being anti-Government or is the hallmark of an anti-national that they are against the interest of the people, especially the minorities and the depressed classes? Can an entire University and its student body be branded “anti-national”?

It is heartening to read this in these depressing times – a voice of moral authority that is in contrast to our elected leaders and most public voices. If we are to win the battles against these vigilantes, it is moral voices like these that we have to amplify – not just from eminent jurists and other public figures, but from the ordinary man on the street.

A firm adherence to constitutional principles by elected leaders can set the tone for citizens. But it can also work the other way around. A country benefits from a large majority of its citizens adhering to a core moral code, and willing to rely on the constitution to iron out differences. Can a movement for change begin with them? This is not a case against the utility of political parties. But there is a need to mobilise people around issues that extend beyond immediate electoral cycles. Civil society has to lead this effort.

This might sound like asking for too much, but when you see the vigour with which this government has cracked down on dissent in academic institutions, it gives you a clue as to what they fear the most. Remember how vehemently artists and writers who opposed the government’s intolerance were attacked and even partly blamed for the BJP’s loss in the Bihar elections? Could the voices of students, farmers, artists, writers and army veterans come together and challenge the government’s narrative? Even if they don’t win, imagine how spectacular the fight would be. I live in hope.

Suvojit Chattopadhyay is a development sector consultant, currently based in Nairobi, Kenya. You can find his blog here and tweets from @suvojitc