The Rundown on TRAI, Net Neutrality and How it Affects India

Now that the dust is slowly settling, it’s a good time to sit back and understand the implications of the new rules, the obstacles in moving forward as well as grapple with some of the controversial reactions to TRAI’s decision. 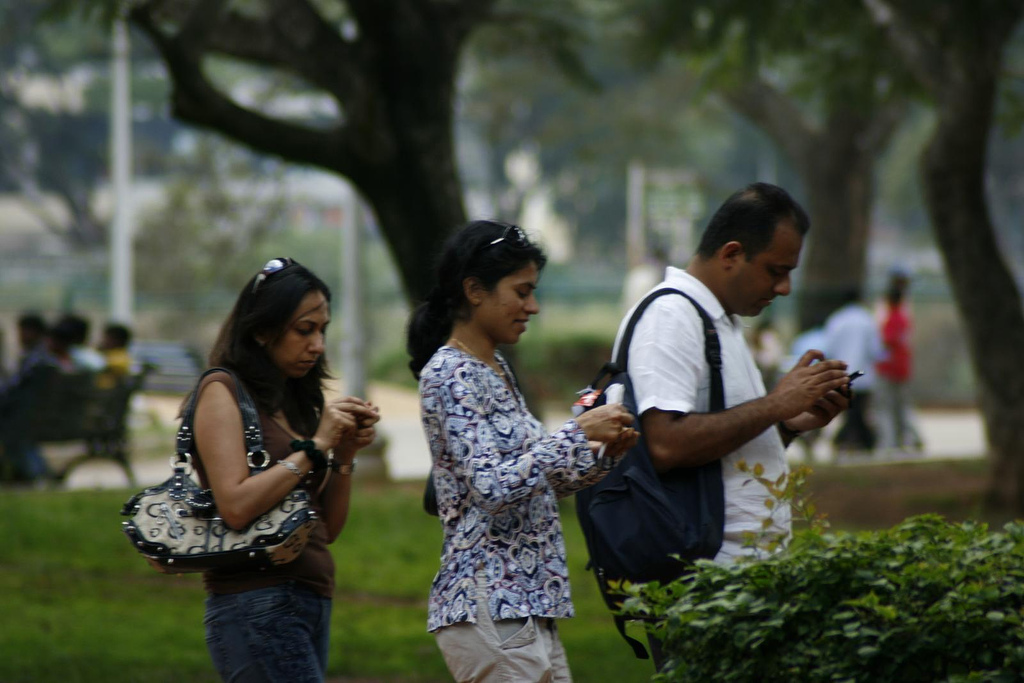 Now that the dust is slowly settling after the newly released regulations on net neutrality, and telecom operators and the Indian technology industry comes to terms with they must operate if they wish to avoid penalties, it’s a good time to sit back and understand the implications of the new rules, the obstacles in moving forward as well as grapple with some of the controversial reactions to TRAI’s decision.

Lets start off the with simple stuff, questions that can be answered factually, and move onto issues where there’s middle ground and plenty of room for debate.

Question: What do the new regulations on differential pricing mean for you as an Internet user and consumer in the short-term? And in the long-term?

Answer: The biggest impact that most people will notice immediately is that any sort of service-specific data pack offered by any telecom operator will become unavailable. All those ‘WhatsApp-only or Twitter-only data vouchers’ that give you free 250 MB of WhatsApp or Twitter data in exchange for paying Rs. 30 a month, after which you are charged the normal rate, are no longer allowed by TRAI’s new regulations.

Telecom companies reportedly have over hundreds of different programmes that offer free or heavily subsidised access to popular websites such as Wikipedia, Facebook and Twitter. They are currently in a state of chaos scrambling to figure out how to disband these offers; a lot of work has gone into advertising and marketing these data vouchers.

Economic Times reports today that these companies are trying to come up with creative workarounds that will allow them to retain some of that valuable revenue. What you might start seeing soon, therefore, is a slight throwback to the old days of being charged less during non-peak hours (calls cheaper after 10 PM). If you choose a 1 GB per month data package, telecom companies may allow you to use only a specific chunk of it (say 500-600 MB) during peak hours while giving you unlimited data during non-peak hours (say past 10 PM, when most people aren’t likely to use a lot of data).

There’s at least one research paper that shows that these free Wikipedia/WhatsApp data vouchers are primarily used by the lower-middle class or people who already have access to the Internet either at home or school/office. These packages aren’t used by the poorest of the poor, which strengthens the argument by net neutrality activists that zero-rating doesn’t help the non-connected come online. However, what it does mean that TRAI’s new regulations will adversely affect a vast swathe of the aspirational, lower-income earning section of the population.

In the long-term, however, this decision should help stop the “cable-isation of the Internet”. What was a decent possibility, if zero-rating was allowed, was that telecom operators would slice up Internet access and have you pay separately for each website. This, according to the Save the Internet movement, would distort competition and allow telecom operators to play a gatekeeping role.

However, there are a number of people who feel that the adverse effects of zero-rating in an Indian context has not been studied extensively, and currently lacks empirical data.

Question: What does this mean for India’s technology industry?

Answer: Theoretically, the ban on differential pricing of data on the basis of content should ensure a competitive environment for India’s start-up ecosystem. This means that Indian apps will be able to compete fairly (with regard to data pricing and Internet access) with U.S and European technology companies and large Indian companies such as Flipkart won’t be able to muscle out smaller competitors with the help of programmes such as Airtel Zero.

COAI Director General Rajan Mathews issued a statement to Hindustan Times, pointing out that the task of connecting India’s unconnected will take a big hit.

“I think we should have understood net neutrality first and then tackled differential pricing as they had done in the U.S. By opting to turn away from this opportunity, TRAI has ignored all the benefits of price differentiation..,” he said

Question: Will TRAI’s new regulations be challenged in court?

Answer: While it isn’t a given, it is very likely that legal challenges to TRAI’s regulations will be mounted. The COAI’s eventual plan of action, if it cannot sort out its grievances with TRAI or figure out a creative work-around, is to raise this issue with the Telecom Disputes Settlement and Appellate Tribunal (TDSAT) or the Delhi High Court.

If it does go to court, however, it’s difficult to see which way the courts will look. We should keep in mind that our judicial system hasn’t been too favourable towards the corporate sector when it comes to issues of intellectual property (Glivec, patents) or taxation (Nokia, Vodafone). In the past, however, the Supreme Court has stepped in with regard to issues of policy formulation in the case of the spectrum auctions.

Lawyer Apar Gupta has an excellent take of the legal reasoning behind TRAI’s regulations and why any judicial rulings should be in favour of net neutrality.

Question: What does this mean for India’s rural population or ‘Does this mean TRAI doesn’t want India to be connected’?

Answer: There’s no clear answer here. One of the the biggest problems of TRAI’s ruling is that it doesn’t differentiate with various zero-rating attempts, apart from making an exemption for emergency services, and adds very little to the debate on how best we should service India’s unconnected.

One can’t clearly blame TRAI for not caring about India’s rural population and yet on the other hand it doesn’t offer a lighted path for the way forward. TRAI’s Chairman R.S Sharma gave a speech yesterday, however, where he points out that open-source options of providing connectivity will be easily approved by the Government.

“India has adopted an open source policy. The whole objective is that there should not be a situation of vendor lock-in. This is because any service cannot be held hostage to a technology,” Mr Sharma said, while responding to a question about the prospects of projects such as Google Loon (which are as of now net neutral) would be allowed in India.

While there are a number of Internet connectivity projects on the cards by Silicon Valley-based companies — Google’s Project Loon, Microsoft’s white space project, Facebook and SpaceX’s drones — none of these have hit the ground yet or appear to have the surprising reach of Free Basics (even if the efficacy of Free Basics in converting non- Internet users to paying Internet users is in doubt).

Over the last ten years, however, the dream of getting high-speed broadband to India’s villages has remained very much a pipe dream. The National Optic Fibre Network plan, which has been continued and rebranded as BharatNet by the current BJP-led government,  was launched in 2011 with the aim of covering 2,50,00 villages in three years. By January, 2015, a few pilot projects had started.

The current government has set a new target of 2017; though it seems very unlikely that this will be met.

How then, will India’s unconnected come online? We aren’t quite sure though there are a number of ideas and projects including free Wifi hotspots throughout key locations in villages, Internet service centres and tapping unlicensed spectrum

Question: Was Facebook’s Free Basics equivalent to the East India Company or ‘Why does an American venture capitalist support British colonisation of India?’

In one tweet, Andreessen wrote: “Denying world’s poorest free partial Internet connectivity when today they have none, for ideological reasons, strikes me as wrong”. The next follow-up tweet was: “Another in a long line of economically suicidal decisions made by the Indian government against its own citizens.”

The tipping point occurred when the venture capitalist replied to a tweeter who pointed out that Free Basics was akin to Internet colonialism. Andreesen replied: “Anti-colonialism has been economically catastrophic for the Indian people for decades. Why stop now?”

A flurry of angry tweets and articles followed. As The Next Web put it somewhat sensationally in an article titled ‘Marc Andreessen offended 1 billion Indians with one tweet’: “He thinks that the country [India] would be basking in a brighter economic reality if it remained under British rule and didn’t bother with ‘anti-colonist’ ideas like net neutrality”.

On similar lines, Scroll.in: “What was different about Andreessen’s colonial reference was that it was positive, bringing up the old argument that the East India Company and the British Raj had been good for India.”

While Andreessen’s assertion that banning Free Basics is depriving India’s poorest of any chance of connectivity deserves to be soundly debated, what is clear is that he had no intention of claiming that British rule of India was positive and economically advantageous. Or that colonial rule left India better off.

A careful reading of the discussion — admittedly made harder by the fact that it happened over Twitter in a 140 character-format — will show you that Andreessen was referring to the fact that the economic decisions taken by India after independence were justified by anti-colonialist sentiment and not by economic rationalism. And that these economic policies were catastrophic for the Indian people.

If we are to debate or outrage over anything regarding Andreessen it should be about two issues: One, whether TRAI’s logic in banning Free Basics stems from an ideological, anti-colonialist perspective.  And two, whether India’s economic policies post independence stemmed from anti-colonialist sentiment and were catastrophic for the country. Not whether, as blogger Krish Ashok hilariously put it, “that he [Andreessen] did indeed call for Lord Irwin to personally ride back on a horse like Kalki avatar to redeem India.”

Taking a step back, however, a far more important question is: How much should issues of nationalism, digital sovereignty and anti-colonialism play a role in deciding how we should regulate foreign technology companies such as Facebook?

The notion of Free Basics being a new-age The East India Company have been raised by supporters of the Save the Internet movement before, but technology commentator Om Malik brought out these similarities eloquently in a piece today. Om writes of how The East India company came bearing gifts and then became a symbol of British imperialism and how “he’s suspicious of any for-profit company arguing its good intentions surrounding free gifts”.

“Nothing in this life is free,” he writes of Free Basics. “It’s hard to tell whether money or politics comes first, but either way they are intertwined.”

Facebook is deeply entrenched in every country apart from Russia and China. As the primary intermediary of our digital age, it has no major competitor apart from the other equally dangerous technology company, Google. Free Basics, banned or not, will do little to cement the company’s dominance.

Malik is very wary of ‘data darwinism’, which as he puts it, is when “data owners shape the narrative and make decisions that leave millions out of control of their own destiny. This applies to the business models of Silicon Valley and not just Free Basics. As we move forward, this isn’t something we should forget.”