Why 'Spiritual Politics' Alone May Not Make Rajinikanth a Political Thalaivar

Can Rajinikanth, who recently announced his foray into politics, transform Tamil Nadu's political scene and grab power in 2021? 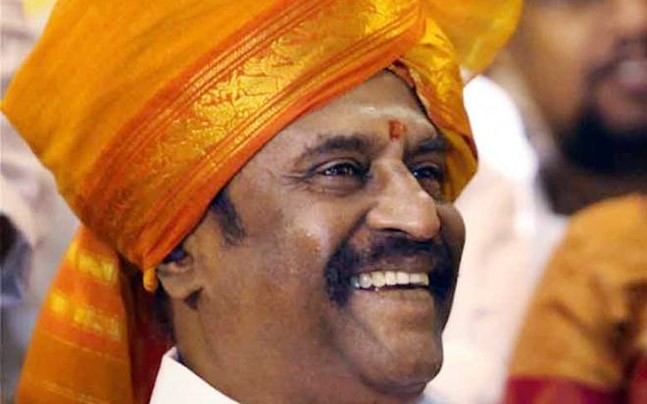 Chennai: It was a ‘to be, or not to be’ dilemma for Tamil cinema’s superstar Rajinikanth. The suspense finally came to an end on December 31, 2017. On Sunday morning, while addressing a massive gathering of fans at a big marriage hall he owns in Chennai, Rajinikanth formally announced his entry into politics.

“Politics in the state has deteriorated. Democracy has undergone severe decay. In the last year, the political events that unfolded in Tamil Nadu have made the people hang their heads in shame. People in all states are laughing at us. If I don’t do anything in a democratic way to change this situation, the feeling of guilt will affect me till my death,” Rajinikanth continued, adding that his foray into politics was the compulsion of time.

What Rajinikanth referred to while speaking about the deterioration of politics in Tamil Nadu are the events that have unfolded in the state after the death of former chief minister J Jayalalithaa in December 2016. In fact, his joining politics provides a perfect cliffhanger to 2017 – a year marked by political chaos in the state.

Rajinikanth then proceeded to recite a verse from the Bhagavad Gita, quoting Lord Krishna’s advice to Arjuna to keep at his work and not worry about the rest. “The time has come for me to enter politics,” he said.

Who is Rajinikanth and just why are people, cutting across various sections of civil society in Tamil Nadu, so fond of him?

Contrary to the popular perception that Rajinikanth is a Kannadiga, the 67-year-old, whose name originally used to be Shivaji Rao Gaekwad, actually belongs to a caste named ‘Gaekwad’ in the Marathi community.

Rajinikanth, who was interested in acting from the very beginning, initially worked as a bus conductor with the Bangalore Transport Service in 1973. He first acted in various plays before joining the Madras Film Institute to pursue a diploma in acting.

His first chance to act in a movie was given to him by the late Tamil film director K Balachander. After Arangetram was released in 1975, a star was born. Now, 42 years later, he has acted in over 200 films – in 160 Tamil movies, 28 Hindi movies, and one movie each in Bengali, Malayalam and English. 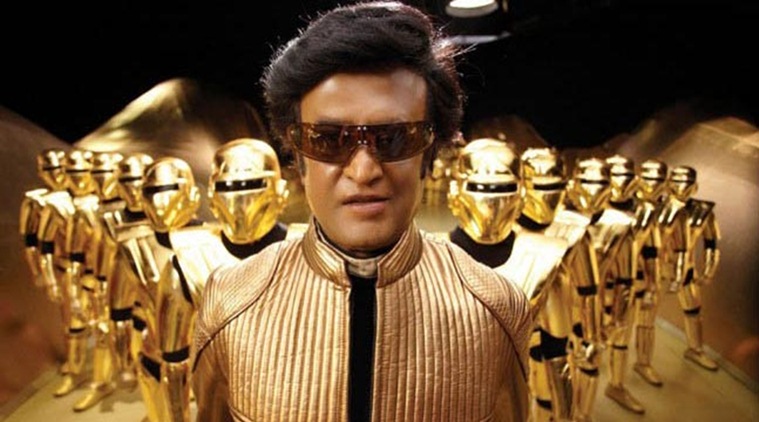 Talk of his joining politics first emerged in 1995 when the Jayalalithaa-led AIADMK government was in power. Trouble began to brew when Jayalalithaa dropped a minister, RM Veerappan – a senior leader in the AIADMK and a big film producer – after Rajinikanth spoke in a meeting that not even god could save Tamil Nadu if Jayalalithaa won the next election.

His words were welcomed by the people at a time when the Jayalalithaa government was accused of being mired in corruption.

Then, during the assembly elections and Lok Sabha polls of 1996, the Congress in Tamil Nadu underwent a split when late senior congress leader GK Moopanar broke away from the party when it decided to ally with Jayalalithaa.

Moopanar launched his own party – the Tamil Maanila Congress (TMC) – and allied with the DMK. It was that alliance which swept the polls that. Jayalalithaa was defeated and the AIADMK secured only four seats in the 234-member assembly. Rajinikanth, who had given a clarion call to people to vote for the DMK-TMC alliance, was in the US when the elections took place and returned only after the results were declared.

During the 2004 Lok Sabha elections, Jayalalithaa decided to join hands with the BJP only to be defeated again. The DMK-Congress-Left alliance captured all 40 seats, including Puducherry. During the election, Rajinikanth asked his fans to vote for AB Vajpayee and openly said that he had voted for AIADMK-BJP alliance.

Since that rout, Rajinikanth has largely been very guarded. Over the next few assembly polls – 2006, 2011 and 2016 – Rajinikanth told his fans that he was not supporting any political party.

But after Jayalalithaa passed away in a Chennai hospital on December 5, 2016, talk of Rajinikanth joining politics, much like a long-awaited blockbuster, started to gain momentum.

As the superstar is revving up to join politics, people belonging to minority communities are slightly skeptical and confused about his statements.

“Rajinikanth’s statement, especially the bit about ‘spiritual politics’, means nothing and reflects BJP’s ideologies. His proximity to Prime Minister Narendra Modi cannot be ignored. When Modi came to Chennai while campaigning for the 2014 Lok Sabha elections, he visited Rajinikanth’s house. That speaks volumes about our fears when the superstar mentions ‘spiritual politics,” said MH Jawahirullah, the president of Manitha Neya Makkal Katchi, an influential Muslim political party in Tamil Nadu.

But the state BJP has outrightly rejected these fears. “This is not fear. This is prejudice on the part of Muslim groups. Spirituality and secularism are basically inherent core characters of Hinduism from time immemorial. This is not Rajinikanth’s problem, but the problem of Muslims,” said BJP state treasurer SR Sekar.

To a large extent, seasoned political observers believe that Rajinikanth’s decision to join politics has a link with the BJP. “So far, Rajinikanth’s statements are unclear. Unless he launches his political party and issues a manifesto, I cannot comment properly. As of now, Rajinikanth’s decision is nothing but a film in the making. Once the film is released, then I can clearly opine on it,” said senior journalist Gnani Shankaran.

“Rajinikanth is confusing spirituality with politics. When a couple of reporters asked him to explain what he meant by ‘spiritual politics’, he said it is the prevalence of dharma and justice. For preserving dharma and justice, you need not start a political party. His explanation for ‘spiritual politics’ is fundamentally wrong as it could only really mean ethical politics. But he is trivialising the whole issue. When a TV reporter asked him about what policies his new party would adopt, Rajinikanth laughed at him and added that the question made him giddy. As of now, with all the indications available, I can say that Rajinikanth is leaning towards the BJP version of politics,” he adds.

Rajinikanth also made another important announcement: his party will not contest the local body elections that are likely to be held in March as there is too little time to prepare. “A few months before the assembly elections, I will launch a political party and explain our policies. My political party will not indulge in any agitations. For that, several other parties are available,” he said.

There are a few hurdles in Rajinikanth’s way. The first is money. Tamil Nadu is famous for its ‘cash for votes’ syndrome. In fact, as a former Congress MLA who is now with he AIADMK told this reporter, to contest and win an assembly seat in Tamil Nadu requires at least Rs 10 crore. The same was reiterated by a senior DMK MLA.

‘Thirumangalam formulae’, which means the bribing of voters in a massive way, is a phrase that has made its way into several dictionaries. The term became popular after MK Azhagiri, son of DMK president M Karunanidhi, won the 2009 by-election in Thirumangalam, Madurai district, for his party through alleged ‘cash for votes’.

But the bribing of voters can be dated back to 2003, when Jayalalithaa was ruling the state. It has been a norm ever since, be it assembly elections or Lok Sabha polls. In fact, between 2006 and 2011, when the DMK was ruling Tamil Nadu, it won all 11 by elections using this strategy.  In January 2009, before an assembly by-poll in Thirumangalam, near Madurai, was held, voters received around Rs 2,000 each to vote for the ruling DMK.

Later, the Jayalalithaa’s AIADMK continued the trend, winning all 10 elections held between 2011 and 2016.

Even though the Election Commission of India (EC) was aware of the situation, it could not do much to control the situation. This was expressed by several chief election commissioners (CEC) who have openly spoken about battling this practice.

“The might of the Indian state has crushed armed groups and non-state players challenging the voting. Physically executing candidates, bombing voting booths and killing voters are all events of the past. Today, the EC can conduct any election, anywhere in India, from Kashmir to Kanyakumari peacefully. But what’s happening in Tamil Nadu is mind boggling. We are virtually waging a war to prevent voters from being bribed. But political parties continue to hoodwink the EC. They are constantly changing their strategies scientifically and continue to bribe the voters” said former CEC SY Quraishi, at a public meeting in Chennai in January 2011.

Tamil Nadu got a notorious distinction when the EC countermanded elections in two constituencies during the 2016 assembly elections. In its statement, the EC said that atmosphere in Aravakurichi and Thanjavur assembly constituencies was “seriously vitiated” due to the use of money. It happened again when the EC countermanded the RK Nagar by-poll in Chennai in April 2016. The seat had been left vacant after Jayalalithaa’s death.

The EC justified its decision on the basis of a detailed report from the Income Tax (IT) department, which said that while they were raiding the Chennai residence of C Vijayabaskar, the health minister, evidence that indicated Rs 89 crore had been spent by AIADMK to bribe voters in RK Nagar was found. In the official order countermanding the by-poll, the EC fully reproduced the IT report.

Now, if one were to look at the Rajinikanth factor in lieu of the ‘cash for votes’ syndrome, it’s obvious money will play an important role. Questions also arise about where the superstar will secure the money to contest the elections and run a political party.

According to those in the know, both in politics and intelligence, Rajinikanth is not an ignorant man. “Rajinikanth is not a novice. He knows. The money may come from a big political party headed by a very big leader of India,” says a senior officer working in the Central Intelligence Bureau (IB).

Rajinikanth’s origin is another problem. “There is nothing for him (Rajinikanth) to do here. Sons of soil are working here based on a constructive action plan. There is no problem in Rajinikanth acting in 10 more films. However, there is an issue in him becoming chief minister and governing us,” says Seeman, the leader of Naam Tamilar Katchi, a Tamil nationalist outfit.

Tamil Nadu is a peculiar state in India – over the past 50-odd years, it has been ruled by people associated with the vibrant Tamil movie industry. When the DMK came to power in 1967, late CN Annadurai, popularly known as ‘Anna’ was chief minister till he died in 1969. He was replaced by M Karunanidhi. Since then, till December 5, 2016, when Jayalalithaa died, only three people – Karunanidhi, MG Ramachandran, or MGR, and Jayalalithaa – have ruled the state.

This is an anomaly – no other Indian state has been ruled by just three people for 48 years, all of whom who had strong cinema backgrounds. Anna and Karunanidhi wrote screenplays and songs, while MGR and Jayalalithaa acted in hundreds of films.

But Rajinikanth has no such political experience. Does his brand of ‘spiritual politics’ stand a chance?