The Post-COVID World: Dragging the State Back Into Public Services

There is no automatic return to neo-liberal normalcy or US hegemony after the virus has worked its way through world politics. 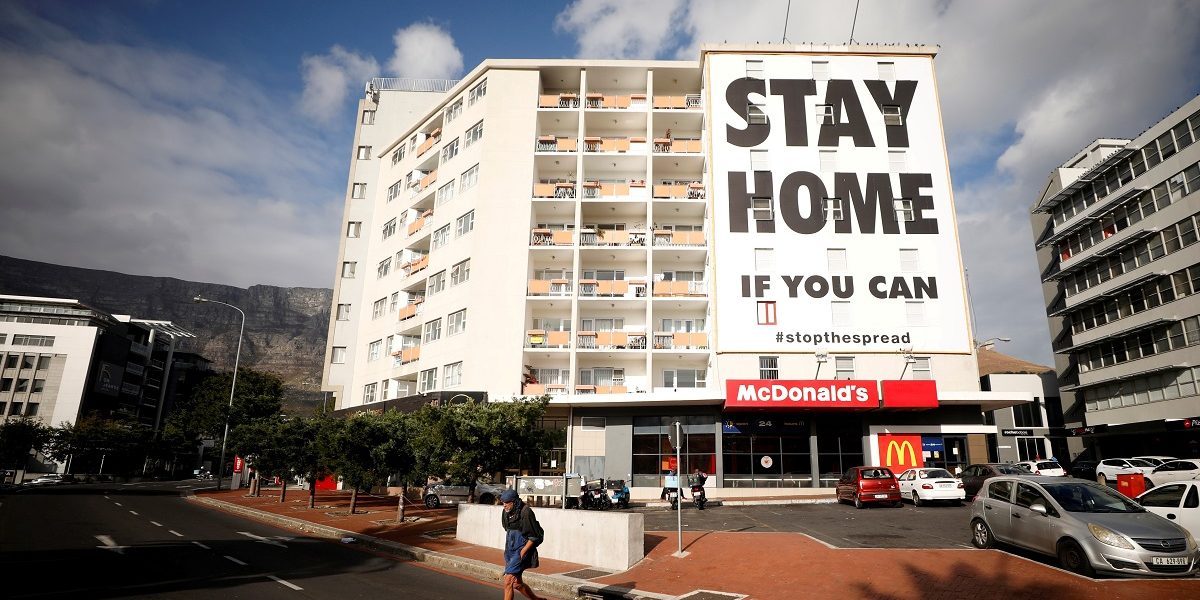 A poster covering the side of a building ahead of a 21 day lockdown aimed at limiting the spread of COVID-19 in South Africa, March 26, 2020. Photo: Reuters/Mike Hutchings 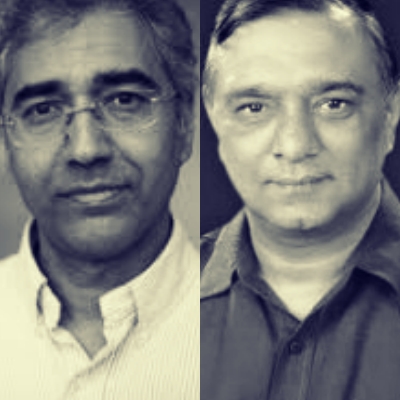 The health crisis caused by COVID-19 has devastated the lives and livelihoods of working people, especially peasants and working classes. The grinding halt to economic activity will haunt them for a long-time to come. In the post-COVID world, wage-earners, many of whom are currently seen as heroic ‘key workers’, may find it increasingly difficult to survive in a Darwinian dystopia in which ‘markets’, banks and corporations once again grasp maximum relief packages showered upon them by governments the world over with scarcely a debate over who is to pay the bill.

Corporate-dominated states are already in action to help the privateers and rentiers to re-emerge from the health tsunami with renewed neo-liberal vigour, parading as the saviours of mankind.

But they face significant political and moral barriers to returning to pre-COVID ‘normalcy’. Workers are on the move with newfound popular recognition and the state has been forced to act to support working people.

The political terrain has shifted. The struggle has just begun for the political, moral and philosophical contours of the post-COVID world. There is no automatic return to neo-liberal normalcy or US hegemony after the virus has worked its way through world politics.

Also Read: What Else Can the World’s Billionaires Do?

Adopting the 2008 bailout template, the US Congress has cleared a $1 trillion stimulus package that will largely be funded by American taxpayers who, in the past week, have swelled lines at food banks and unemployment offices. The plan is to add $4 trillion to the national debt to provide liquidity to the corporates. Following the lead of a failing American state, most of the global decision-making elite, afflicted with herd immunity from human empathy and locked into the logic of big money, is unveiling bailouts for the very richest, corporate welfare on a planetary scale.

Conveniently ignored in the zest to feed corporate greed is that the ‘bailout’ process accelerates already-mounting global debt caused by slower growth rates. The sudden rush to expand the money supply to fund credit, ostensibly to mitigate the economic shock caused by COVID-19, is likely to push the world to the precipice of a debt crisis.

Even before the full outbreak of the COVID-19 health crisis, the World Bank had warned that the world economy was in the midst of its fourth global wave of debt. The total worldwide debt was close to a record $253 trillion by the end of September 2019. This is likely to shoot up many notches due to pandemic-related borrowing by governments, non-financial corporates, and individuals, in an environment of low-interest rates. The profligacy will catapult the debt to a level equivalent to five or more times global economic output. 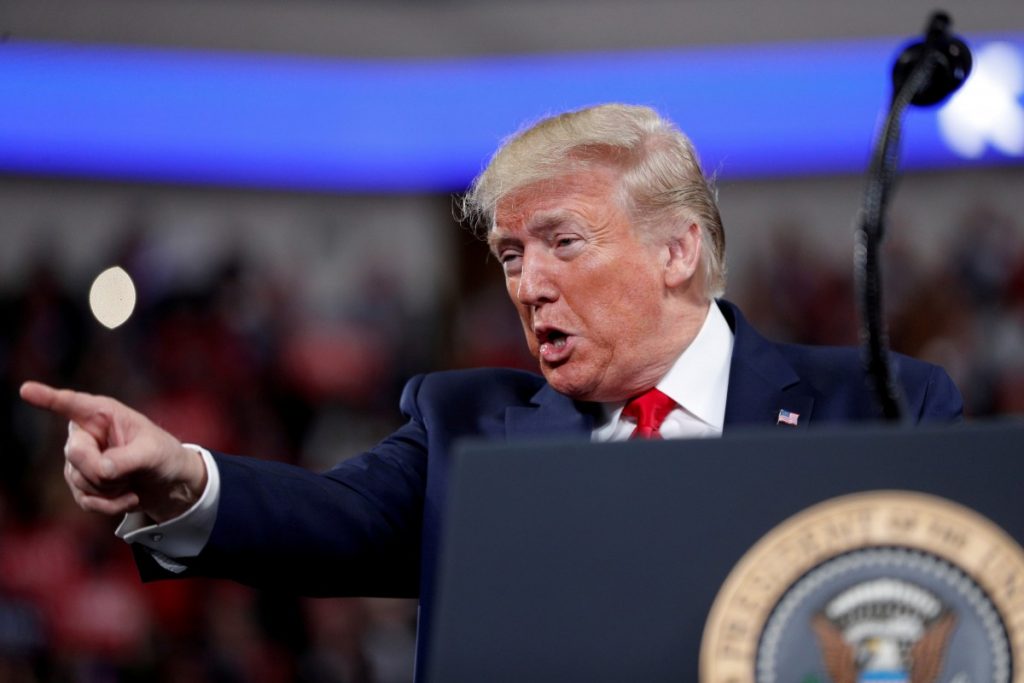 Donald Trump delivers remarks during a campaign rally at the Giant Center in Hershey, Pennsylvania, US, December 10, 2019. Photo: Reuters/Tom Brenner

They are sowing the seeds for a dangerous economic crisis that will hit the weaker sections the hardest.

The previous three waves, over the past fifty years, caused severe financial crises: the fourth one is expected to be even more lethal. Sooner or later the global financial order is likely to come crashing down.

The global elite with their vast knowledge networks in state bureaucracies, academia and media, fear and try to marginalise alternative solutions. They swamp all the media space through a swarming operation that drowns the few voices that offer people-oriented solutions to tackle the unprecedented crisis. For example, proposals for imposing higher taxes on the rich, and spending more on health, education, and welfare are immediately shot down as impractical or utopian.

Corporate kingpins understand well that the measures being adopted to tackle the situation will generate more poverty and inequality. We are at a stage where many poor, emerging economies and even developed countries are likely to witness mass unemployment and even face food riots. In order to prevent any threats to the well-being of the super-rich, ‘gentlemanly capitalism’ is using the crisis-as-opportunity to metamorphose into ‘surveillance capitalism’ employing fourth-industrial-revolution tools to curtail civil-liberties and assault people’s privacy using artificial intelligence techniques.

The gravity of the threat posed by the viral-disease is being exploited to build a consensus in the society to invite an authoritarian state legally authorised to use surveillance at will. Civil libertarians like Glenn Greenwald, the winner of the 2014 Pulitzer Prize for exposing Edward Snowden’s revelations about the secret infrastructure of US government surveillance are, reluctantly, willing to accept intrusive surveillance given the gravity of the current emergency.

Right-wing populist states are not lagging behind in using the opportunity to push their parochial elitist-authoritarian agenda. Hungary has set the ball rolling by enabling Prime Minister Viktor Orban to rule by decree indefinitely. More so-called democratic rulers are likely to join the herd.

On the geopolitical front, some analysts suggest that Sino-US relations will improve if for no other reason than the decline of the dollar. America’s national debt of $25 trillion may force its elite to appease China. According to some experts, the economic slowdown and the associated stimulus package will allow the de-dollarisation process to gain accelerated momentum. According to a tweet by Roy Sebag “With US dollar interest rates now officially at zero, today marks the end of the fiat dollar experiment which began in 1971. The path from this point to a gold standard is much shorter than most realize.”

A return to postwar gold standard arrangements may force the US to accommodate countries with substantial gold reserves, like Russia, China, Britain, and a few others, in a multi-lateral arrangement for managing the international financial order. What the new order will entail for the small and medium nations, including countries like Brazil and India, is difficult to predict but it is clear that the ensuing new international economic order is not likely to provide them enough leg-room to exercise both strategic autonomy and economic autarky.

Also Read: COVID-19: Can We Push Pharma Innovation Without Giving Away Pricey Patents?

But the re-election to a second term for President Trump would likely muddy the waters: can anyone envisage his standing down on what is the settled US position on China? That is, the subordination of China, in Trump’s case through a trade war? Whatever the specifics, Sino-US relations are going to remain turbulent for many years ahead. The imperative of economic renewal and the desire to maintain military primacy may ensure a competitive-cooperative schizophrenic relationship between the superpower and the Middle Kingdom.

As Antonio Gramsci noted long ago, when an old order is dying and a new one cannot be born, the world becomes a more dangerous place. Yet, deep interdependencies remain, tempering the tendency towards fundamental, irreconcilable antagonism. 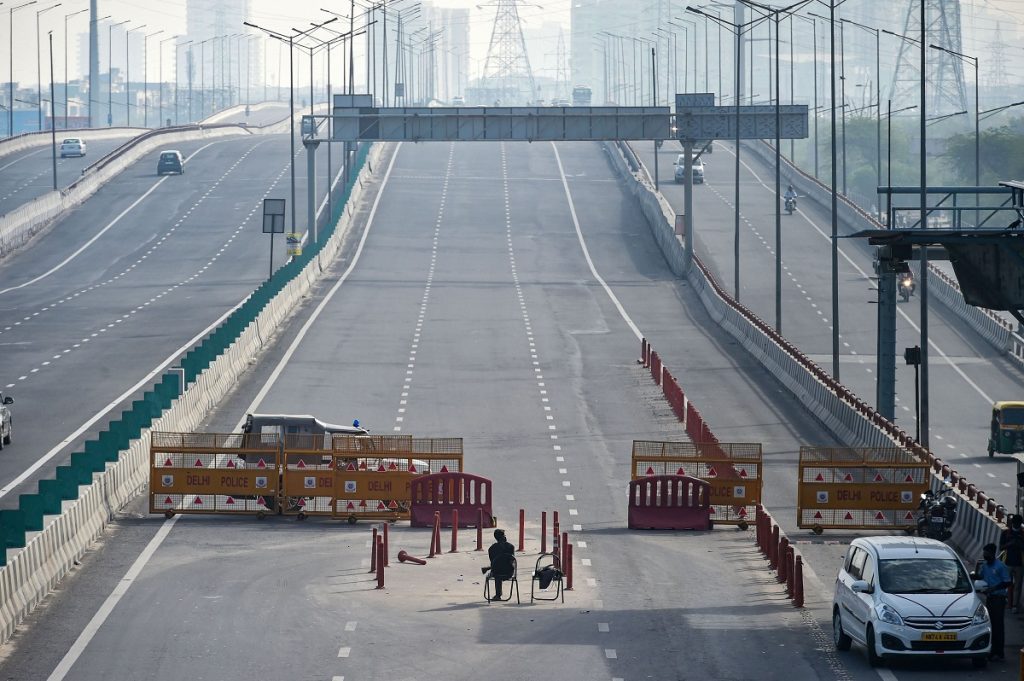 Barricades on the Delhi-Ghaziabad border after lockdown was imposed in New Delhi, March 23, 2020. Photo: PTI/Arun Sharma

One cannot blame neoliberals alone for luring us to jump into the well of corporate-driven austerity. The lethargy of left intellectualism, and the compromises of the institutionalised left parties with the establishment, are equally to blame for the current state of affairs. Steeped in the status quo, left parties have failed to engage in the politics of the street or of class conflict. Left intellectuals have failed to imagine the future and communicate alternatives to the masses.

The Left has been almost exclusively embroiled in the dead-end politics of identity rather than focusing on fundamental economic concerns of the workers and toilers, regardless of ethnicity, religion or gender. The notable exceptions of Jeremy Corbyn in Britain and Bernie Sanders in the US indicate how tenacious a hold identity politics – largely led by affluent sections of minority groups and embedded in establishment politics – has on liberal democracies.

In addition, an obsession with protecting individual privacy from technological intrusions has meant failure to visualize technological tools as weapons for radical change. Marx never fought against the intrusion of technology into factory space. Marx and Engels imagined using the tools of the industrial revolution (the means of production) to advance the rule of the working classes.

The COVID-19 pandemic has shown us a trailer of life in the technology-driven future world. It projects a Goldman-Sachs-esque future of home working for the managerial and professional classes, and a drive to further automate jobs in essential services – nurses, doctors, delivery drivers, and shop-workers. The rich of course will enjoy their lives through greater social-distancing with the lower classes and where ever needed, legitimise social ostracisation. The left will have to come out of the identity and civil-liberties trap to carve a new manifesto for the masses confronting the fourth industrial revolution.

The political terrain has shifted

But if there’s one thing that the COVID-19 pandemic has illuminated with unerring clarity, it is that there is massive public support and sympathy for key workers everywhere. The starving of funds for our public services, especially healthcare, is revealed in all its horror – at both the rates of infection and mortality, and the sight of frontline health workers battling a deadly disease without masks, gloves and other protective equipment.

That another global pandemic will happen again, along with a growing global consciousness of the horrors of climate change, and the popularly-forced allocation of massive funding for the public sector has led to the definite ‘return of the state’.

But the corporate-dominated neoliberal state has not come back willingly. It has had to be dragged back by overwhelming popular demand and elite fears of social and political upheavals.

Keynes and social democracy may not necessarily be back but the moral and material authority of the corporation, the mythical heroic entrepreneur, and the market, has disintegrated.

The political and moral terrain of national and world politics has shifted.

Dr Atul Bhardwaj is an honorary research fellow in the department of international politics at City, University of London. He is the author of India-America Relations (1942-62): Rooted in the Liberal International Order, US-India Relations: 1942-1962 (Routledge, 2018)