Despite Hindi being the language of the UP legislative assembly, BJP members have been allowed to take their oath in Sanskrit, while doing so in Urdu has been disallowed. 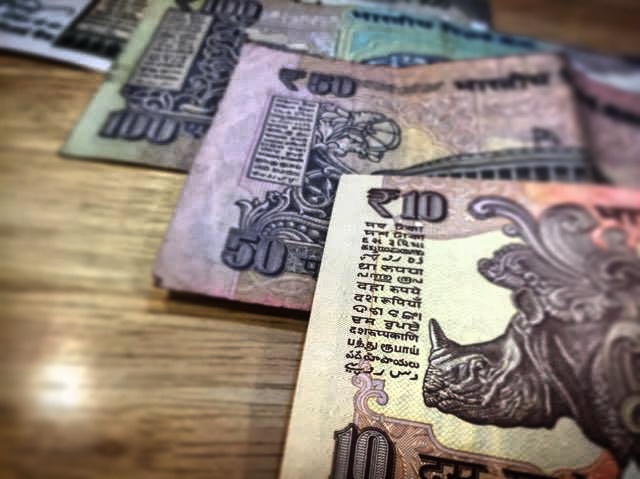 Do many people know that one of the reasons behind Nathuram Godse deciding to assassinate Mahatma Gandhi was the latter’s stance on Hindi, or Hindustani, as he preferred to call it? In his statement to the trial court, Godse, whose mother tongue was Marathi, said, “Gandhi’s pro-Muslim policy is blatantly in his perverse attitude on the question of the national language of India. It is quite obvious that Hindi has the most prior claim to be accepted as the premier language. In the beginning of his career in India, Gandhi gave a great impetus to Hindi but as he found that the Muslims did not like it, he became a champion of what is called Hindustani. Everybody in India knows that there is no language called Hindustani; it has no grammar; it has no vocabulary. It is a mere dialect, it is spoken, but not written. It is a bastard tongue and cross-breed between Hindi and Urdu, and not even the Mahatma’s sophistry could make it popular. But in his desire to please the Muslims he insisted that Hindustani alone should be the national language of India. His blind followers, of course, supported him and the so-called hybrid language began to be used. The charm and purity of the Hindi language was to be prostituted to please the Muslims.” What does the “charm and purity of the Hindi language” consist of? Godse did not explain, but clearly implied that he was referring to the Sanskrit-laden Hindi without the presence of Persian and Arabic words in it.

One was reminded of his words as well as the fierce debates that took place around the same time in the constituent assembly over the question of independent India’s national language when a controversy erupted a few days ago on the issue of oath-taking by two Muslim members of the newly elected Uttar Pradesh legislative assembly. When Alam Badi and Nafees Ahmad, both of the Samajwadi Party, took their oath in Urdu, pro tem speaker Fateh Bahadur disallowed it and made them take it in Hindi. While following his direction, they protested that as many as 13 members of the BJP had been allowed to take the oath in Sanskrit.

The official explanation is that rule 282 of the general rules and procedures of the assembly clearly states, “Subject to the provisions of the constitution the business of the assembly shall be transacted in the Hindi language and in the Devanagari script.” This obviously raises a question: Are Hindi and Sanskrit two different languages or not? If not, why have they been listed as two separate languages in the Eighth Schedule of the constitution? While the answer to this can be nothing but a simple ‘no’, the reality is not so simple.

There was a group within the Congress, led by Purushottam Das Tandon, Seth Govind Das and a few others, that had been taking an extremely Hindi-chauvinist position on the language question. As the demand for Pakistan gathered momentum during the 1940s, this group’s stance also hardened. In 1945, Gandhi wrote to Tandon that he intended to resign from Hindi Sahitya Sammelan as it advocated that only Hindi written in Devanagari script would be the national language.

When he did not receive a satisfactory reply from Tandon, Gandhi resigned a few days later. Gandhi had always advocated that Hindustani “should be neither Sasnkritised Hindi nor Persianised Urdu, but a happy combination of both. It should also freely admit words whenever necessary from the different regional languages and also assimilate words from foreign languages.” Earlier in 1938, when renowned Hindi scholar Hazari Prasad Dwivedi was invited to join Hindi Sahitya Sammelan, he had declined. In his book Hindi Nationalism, Alok Rai quotes Makhanlal Chaturvedi, a well-known Hindi writer and journalist from Madhya Pradesh, who wrote in 1943, “ When we destroy Hindi’s natural fluency by forcing difficult Sanskrit words into it, then we put obstacles in the path of the language remaining simple like the language of the saint-poets, and thereby provide ideological support to the demand for Pakistan.” Jawaharlal Nehru viewed the situation thus, “Scratch a separatist in language and you will invariably find that he is a communalist, and very often a political reactionary.”

In March 1947, fundamental rights sub-committee of the constituent assembly decided that, “Hindustani, written at the option of the citizen either in the Devanagari or the Persian script, shall, as the national language, be the first official language of the union.” However, as Pakistan came into existence on August 14, situation started to undergo an important change and the Hindi chauvinists felt emboldened. On August 6 and 7, 1949, Das organised a National Language Convention in New Delhi which demanded that “Sanskritised Hindi” and the Devanagari script be made the national language of India. After long and fierce debates, the constitution not only adopted Hindi in Devanagari script as the official language but also mandated that in future it would borrow primarily from the Sanskrit word stock to enrich itself.

Can we believe that there was a serious attempt to make Sanskrit the official language of the Indian Union?

In September 1949, Kuladhar Chaliha, a member of the constituent assembly from Assam, declared, “We will become better Indians by adopting Sanskrit [as the national language], because Sanskrit and India are co-extensive.” Constitutional historian Granville Austin informs us that 27 other members made a similar proposal aimed at fighting the Hindi imperialism. Among them were B. R. Ambedkar, T. T. Krishnamachari, G. Durgabai (Deshmukh), Pandit Lakshmi Kanta Maitra and Naziruddin Ahmad. In October 1956, the government of India appointed a seven-member Sanskrit commission headed by emiment linguist Suniti Kumar Chatterjee. Renowned Sanskrit scholars like V. Raghavan and R.N. Dandekar were among its members. In its report submitted in November 1957, it recommended that Sanskrit should be made the official language of the nation and its study be made compulsory in schools.

Against this historical backdrop, it becomes understandable how an oath can be taken in Sanskrit but not in Urdu although the rules clearly state that Hindi is the language of the UP legislative assembly. It is clear as day that the mere fact that both Hindi and Sanskrit are written in Devanagari script does not turn Sanskrit into Hindi or vice versa. However, if one recalls the attitude of the BJP towards Hindi, Urdu and Sanskrit, things become clearer. When the then N.D. Tiwari government in UP bestowed the status of second official language to Urdu in 1989, Atal Bihari Vajpayee had bitterly criticised the move on behalf of his party, citing it as yet another example of “Muslim appeasement”. As Sanskrit happens to be the liturgical language of Hinduism, the Hindutva brigade has a special fondness for it. It is another matter that its leaders are by and large innocent of the rich literary and philosophical legacy of this classical language. Quoting the example of Israel where Hebrew was revived and adopted as the lingua franca, they champion the cause of Sanskrit while downplaying the significance of Urdu. At least, Sanskrit is seeing achhe din.