The Many Lives of Oscar Fernandes

A practitioner of agriculture and traditional arts and theatre, I could never tell what a man of such versatility was doing in politics. 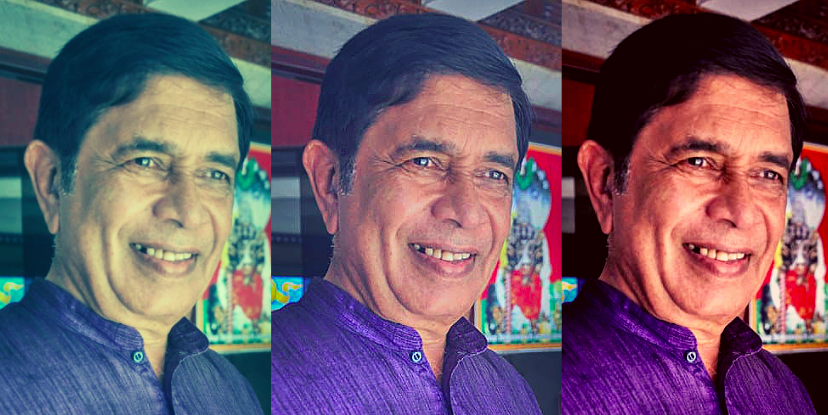 Oscar Fernandes, who most people knew as a senior leader of the Indian National Congress, is no more.

He was 80, and is survived by his spouse Blossom Fernandes and two children. He was among the few Indian politicians whose friendship I cherish deeply. 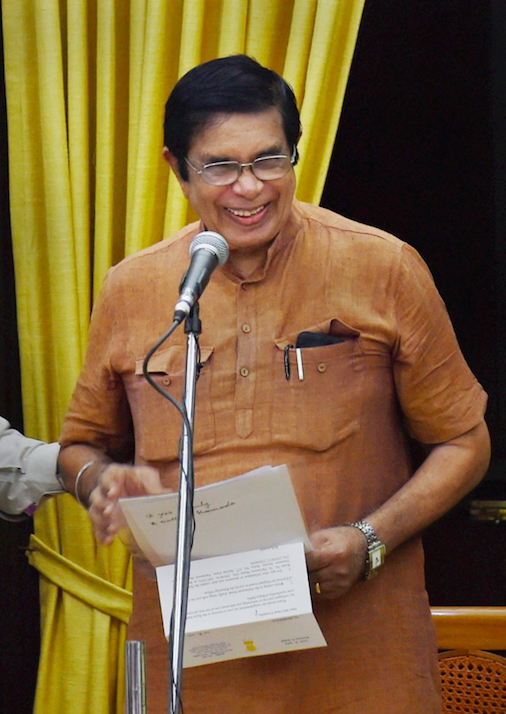 It took me a while to contain the disbelief when I heard that he was admitted to the Yenepoya hospital in Mangaluru on July 19 following a major injury caused during his daily yoga the previous day. After all, ‘Oscar anna‘, as many in Karnataka fondly called him, loved yoga and had practiced it for nearly four decades. He believed that yoga was the secret to his health.

But the injury had led to inter-cranial bleeding, causing a major blood clot in his brain. He underwent surgery on July 27, but his condition continued to be critical. He breathed his last in the hospital on September 13.

One of the most hale and hearty figures in Indian politics, Oscar was born to Roque and Leonessa Fernandes in Udupi on March 27, 1941. He went to St Cecily School and Board High School, before earning an undergraduate degree from the Mahatma Gandhi Memorial College. He evinced interest in politics from his college days and contested successfully to the Udupi Town Municipal Council on a Congress ticket in 1972.

In 1977, he was election agent for Tonse Ananth Pai, who won the Lok Sabha seat of Udupi. Pai left the Congress in 1979 and contested the 1980 elections on a ticket from Devaraja Urs’s Congress (U). This was a bad decision. The Congress decided to field Oscar against Pai, and has never had an occasion to regret the decision since then. Oscar was returned to the Lok Sabha with a landslide majority, and remained Member of Parliament from the constituency for five consecutive terms.

Warm, unassuming, always with a smile, Oscar was a close confidante of the Gandhi family. He was Rajiv Gandhi’s Parliament Secretary in the 1980s, and AICC General Secretary during the transition of party reins from Sitaram Kesri to Sonia Gandhi in 1998.

Oscar Fernandes was the longest serving Member of the Parliament from Karnataka. Almost 42 years! Five time Lok Sabha member from Udupi and four time Rajya Sabha member from the State. A record. pic.twitter.com/5LWBdUBD8A

He served as minister of state for overseas Indian affairs, youth affairs and sports, and statistics and programme implementation in Manmohan Singh’s UPA-I government, and was later promoted to cabinet rank as minister of labour and employment. He was also briefly minister of transport, road and highways in UPA-II.

Besides, he held the position of director in two of Congress’s media initiatives, the Young Indian Limited and of the Associated Journals Limited. Oscar’s name did the rounds every time lists were drawn to identify possible members to constitute a variety of parliamentary committees.

His participation in these bodies was oftentimes crucial in framing the union government’s policies. His voice was, for instance, seminal in the deliberations that led to MGNREGA.

Oscar was a workaholic. With him, this was a communicable disease of sorts. He spent up to 16 hours working and when he was around, the AICC office in New Delhi remained open up to 1 am or 2 am every day. When Sonia Gandhi was president of the Congress, most decisions of the party were rumoured to have been taken by him or in consultation with him. He was one of the veritable kingmakers of the party since the 1990s. 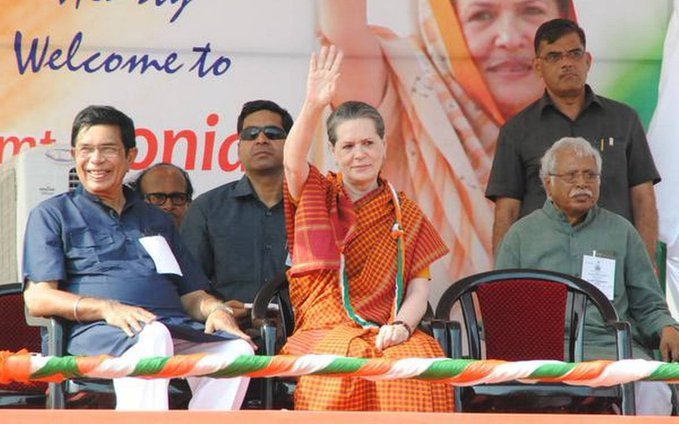 He lived many lives, and although it was his political career that brought him fame, I was drawn by the vibrancy of his personality that was as easy going as it was multifaceted. Before getting into active politics, he worked for the Life Insurance Corporation of India briefly. Already in his college years, he had developed a flair for agriculture. This fascination remained with him all his life. He was a leading rice farmer and cultivated paddy on the family land holdings as well as on fields that he acquired on lease. The Syndicate Agriculture Foundation, Manipal, once conferred upon him the Best Rice Grower award.

Shortly after his election to the Lok Sabha in 1980, Oscar went through a series of health complications. It drew him to yoga and pranayama, which he continued to practice for the rest of his life. It also marked the beginnings of his life as an ardent vegetarian. A rice grower he was, but there were times when he refrained for long periods from consuming grains, including rice and wheat, and subsisted on vegetables alone. Oscar was a sportsman who enjoyed swimming and volley ball. Occasionally, he took to kabaddi as well. I recall his nostalgic recollection of the young days, when he played kho kho in school.

By far, Oscar’s greatest interests were in the performing arts. He was a fairly decent singer, and played the harmonium, tabla and guitar. He excelled in the mouth organ, and was often invited to the Paryaya and Pejawar Mutts of Udupi to play the instrument. He learnt most of these instruments by himself, without formal training. 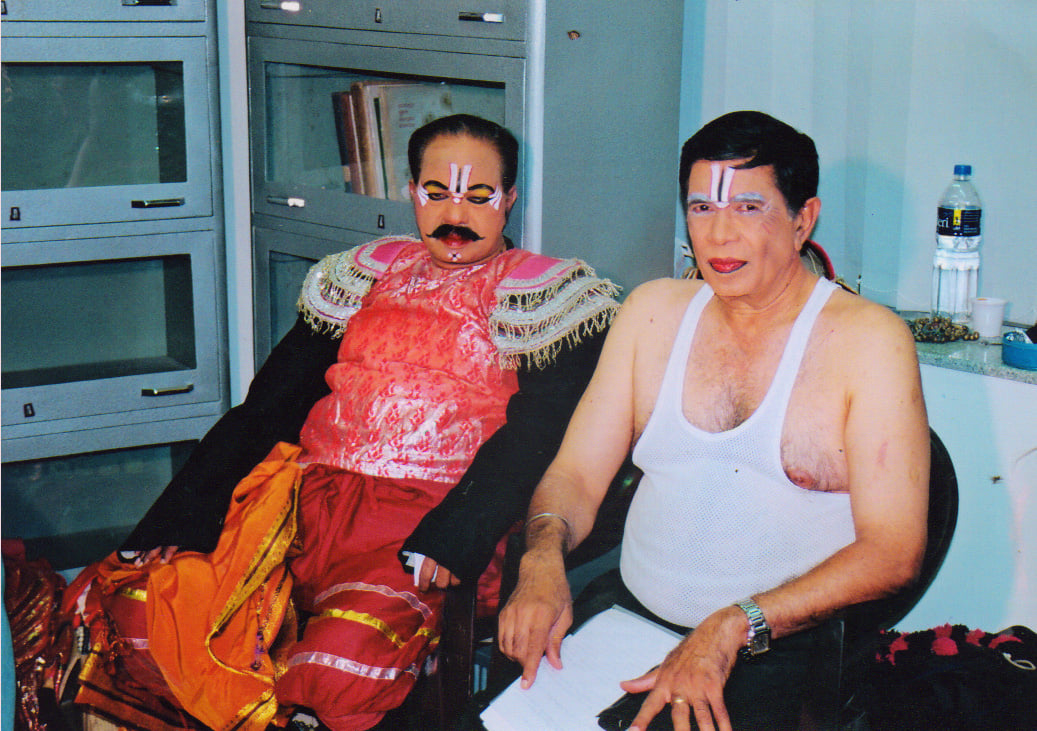 Oscar spent many years learning Kathak with a teacher, and stood out as a dancer. His expertise in Kathak helped him to master several other forms with ease. He had a brief brush with Bharatanatyam, and learnt Kuchupudi systematically for a year in Delhi. He had a mastery over Yakshagana in which, as it turns out, he was not formally trained. Like many an experts in the form, he used his existing skills in other dance forms to learn the techniques and nuances of Yakshagana by long hours of observation. Even so, his performance on stage was refined and exceptionally professional, never amateur in its demeanours.

Training in Kathak was accompanied by fervent engagement with theatre and works on dramaturgy. He had read translations of works such as Natyashastra, Dasharoopaka, Abhinaya Darpana and Sangeeta Ratnakara with great enthusiasm, and often lamented the fact that he couldn’t read them in the original. He could also deliver insightful lectures on Jerzy Grotowski, Eugenio Barba and Konstantin Stanislavski. Perhaps owing to his interest in performance traditions, his engagement with literature often tended to gravitate towards drama. He read the novels of Shivarama Karanth and A.N. Krishnarao with great relish, but it was the plays of Kuvempu, Samsa and Sriranga that stirred him deeply.

I could never tell what a man of such versatility was doing in politics. As it turned out, the record of his work in Udupi as an elected representative of the people was far from encouraging, notwithstanding his rise as a giant in Delhi politics. In an obituary written for the Kannada press, his friend and former Kannada Chair Professor in JNU, Purushottama Bilimale, alleged that the neglect of their constituencies by three prominent politicians, Veerappa Moily, Janardhan Poojary and Oscar, was responsible for the rise of communalism in the coastal districts of Karnataka.

The last Lok Sabha election that he won was in 1996, where the vote share was a mere 37.36% and the victory margin only 2454 votes. Two years later, his vote share rose to 42.41%, but Fernandes lost to I.M. Jayarama Shetty of the BJP by 56,568 votes. But Fernandes belonged to the “once a parliamentarian, always a parliamentarian” breed of politicians and moved to the Rajya Sabha of which he was a member until his demise.

My heartfelt condolences to the family and friends of Shri Oscar Fernandes Ji.
It is a personal loss for me. He was a guide and mentor to many of us in the Congress Party.

He will be missed and fondly remembered for his contributions. pic.twitter.com/NZVD592GSJ

For all his accomplishments in national politics, I could never picture Oscar as a politician.
I didn’t get to meet Oscar after 2014. The last time we spoke over phone was in 2019, when he read an article of mine on the Kudiyattam theatre of Kerala that a mutual friend had sent him. He wanted to know why I thought that Kudiyattam was not a 2,000-year-old theatre as is often claimed. We spoke for over half an hour. As always, I could sense the unmistakable enthusiasm in his voice, but I also felt a measure of fatigue. In recent years, he had to handle more than a fair share of litigations filed against him and a few others by Subramaniam Swamy bringing charges of financial irregularity against the Young Indian Limited and the Associated Journals Limited. 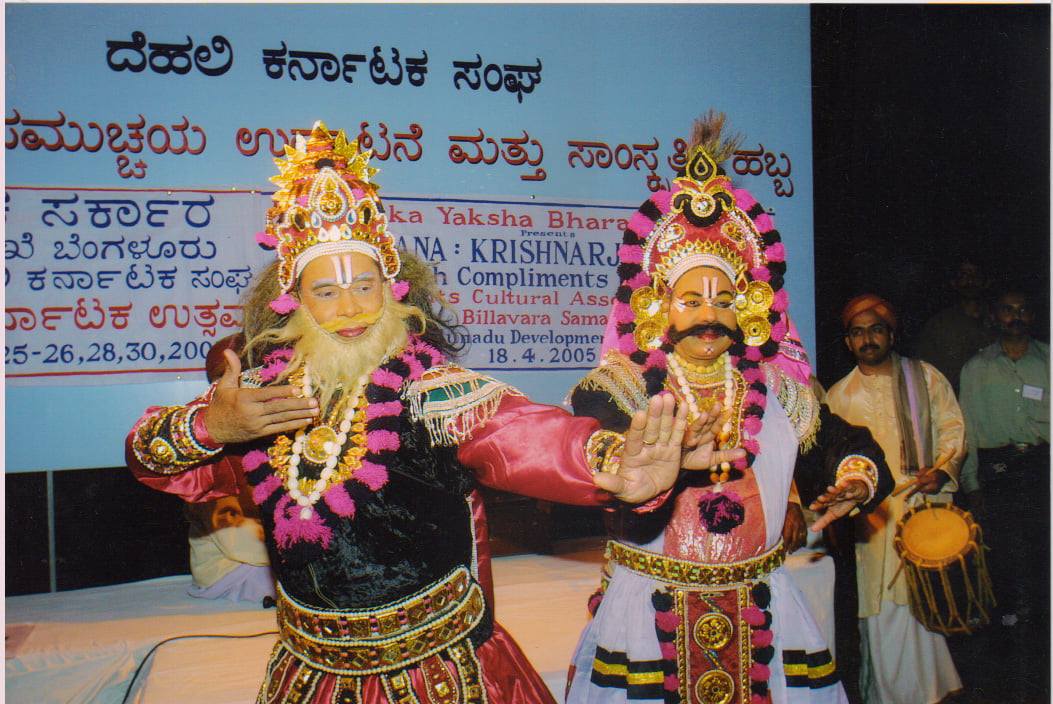 Oscar, I was told, was an artiste par excellence. Only once did I have to occasion to see him perform on stage. On April 17 and 18, 2005, the Delhi Kannada Sangha organised a Yakshagana as part of a festival to inaugurate its new building in R.K. Puram. The play staged was Krishnarjuna Kalaga, the story of a battle between Krishna and Arjuna.

On the second day, when the play began to take an interesting turn, Purushottama Bilimale who played Vidura appeared in front of Oscar who essayed the role of Bhishma, and said: “You’ve been a kingmaker all your life. When’ll you ascend the throne yourself?”

Oscar, the Bhishma, smiled in response. Another Yakshagana artist from the Congress party, former chief minister of Karnataka Veerappa Moily, was also on stage playing Karna. He couldn’t hide his smile either. The audience knew what Bilimale’s words meant. They welcomed it with a thunderous applause.

Oscar was by no means the Bhishma of Indian politics. But it will not be an overstatement to call him its Vidura, another kingmaker who was never destined to be king.