The Kashmir BDC Polls Are of the BJP, by the BJP and for the BJP

All parties have opted out of the elections and called its timing a mockery of democracy. Srinagar: It is an election like never before. Politicians are in jail and their parties are in disarray.

Come October 24, Kashmir will see just one political party in the fray for the Block Development Council (BDC) polls: the Bharatiya Janata Party.

The Congress also did a volte-face in the last minute and joined the regional group which has opted to stay away from elections. , This is the first time in the electoral history of Jammu and Kashmir that all regional parties have kept away from an election.

“The Valley has been turned into a cage and they (the government of India) want us to contest elections,” said state Congress chief Ghulam Ahmad Mir.

The polls were announced at a time when Kashmir is reeling under uncertainty more than two months after the government of India read down Article 370 of Indian constitution and bifurcated the state into two Union Territories.

The move stripped J&K of its separate flag and constitution.

Three former chief ministers, Farooq Abdullah, Omar Abdullah and Mehbooba Mufti, were among dozens of politicians either detained or put under house arrest by state administration on August 5.

The senior Abdullah has been booked under Public Safety Act (PSA), a law that allows detention of a person without trial for up to two years.

These arrests put the regional parties in disarray and has left the field open for the BJP to make inroads at the grassroots level.

A BJP office functionary said last month the party held at least five functions in Kashmir, including a five-day programme to make people aware about “benefits” of the reading down of Article 370, under a nationwide program. However, the functions were attended only by BJP supporters.

For the past one week the party has been holding regular meetings at the district level to review poll preparedness, the functionary said.

The BJP head office at Jawahar Nagar in the summer capital of Srinagar is abuzz with poll activity. Workers, supporters and party leaders throng the office on daily basis.

“Nobody has visited the office since August 5,” said a policeman who stood guard at the entrance of the PDP office in Srinagar’s Lal Chowk.

Another policeman interrupted him. “Whom do you expect will visit, when they are all in jail?”

‘Elections imposed on us’

Congress’ Mir said the government should have consulted mainstream parties ahead of the poll announcement.

The polls to elect the chairpersons of BDCs, which are expected to complete the second tier of the panchayat system in J&K are scheduled to be held on October 24.

The results will be announced on the same day.

“The government has imposed the elections on us,” said Mir who was released after having been detained for two months, last week. “How can we participate in this exercise when our leaders are in jail and we aren’t allowed to move around?”

According to another Congress leader, the election was an “attempt” by the government of India to project the “normalcy” in Kashmir to the world outside.

The party had initially announced that it would participate in the electoral exercise earlier this month.

The last date for filing nominations was Wednesday, October 9. But no one from the Mehboob Mufti-led PDP, Sajad Lone’s PC, the JKPM and or the National Conference has filed nomination papers.

While there has been no official word from the PDP and PC and others, National Conference has ruled out political participation at “this juncture”.

“It is preposterous to talk about any kind of political process at this juncture when the entire leadership of our party and all other political parties have been detained,” said National Conference MP Hasnain Masoodi. 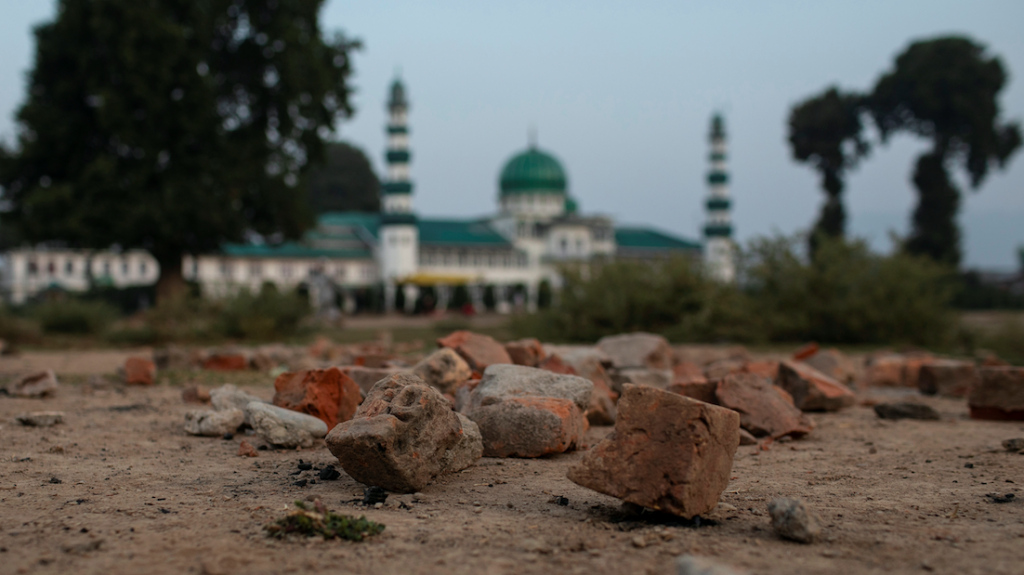 The last date for filing the nominations in strife-torn J&K was October 9. Photo: Reuters

Last month, another party MP Akbar Lone told The Wire that his party would not take part in any electoral process until J&K’s statehood was restored.

Masoodi, a retired high court judge and first time MP from Anantnag said all Kashmir-based mainstream parties have to come together to chalk out a common strategy to deal with the evolving situation.

Political analysts say New Delhi, with the reading down of Article 370, has pushed all the regional parties to the wall and rendered them irrelevant.

As the Narendra Modi-led BJP government flared up passions over the scrapping of Article 370 across the country, in response, the regional parties had made the protection of Article 370 the cornerstone of their politics.

Also watch: #BeyondTheHeadlines | Article 370: How Legal Is the Centre’s Assault on Kashmir’s Status?

With J&K’s special status gone, these political forces have been left discredited.

“No party can even imagine participating in the elections at this juncture,” said a PDP member, wishing not to be named. “We will be seen as complete sellouts.”

The BDC election will be the last electoral exercise in the state of Jammu and Kashmir, which will be formally bifurcated into two union territories on October 31, under the J&K Re-organisation Act.

With no visible force on turf, the Valley now will see a direct contest between BJP and independents.

According to data from the state election office, at least 450 candidates have filed nomination from 10 districts of Kashmir, including BJP and independent candidates.

Jammu and Kashmir is spread over 316 panchayat blocks, including 134 segments in Kashmir. The elections are being held for post of chairperson for the BDC.

Panchs and sarpanchs constitute the electoral college for the BDC elections and are eligible to contest polls as well.

In Kashmir, the BJP will be contesting in 120 segments and will support 14 independents.

“We will win at least 90% of the blocks in Kashmir,” said BJP general secretary (organisation), Ashok Koul. “The lotus will bloom in Kashmir.”

The government has decided to go ahead with the elections even when 12,054 (61.5%) of panch and sarpanch berths of the total 19,582 segments are vacant in the Valley – almost double the number of 7,528 elected representatives.

“When entire population of Valley is suffering and craving for restoration of communication facilities, how will you describe the decision to hold elections,” said another PDP member. “Nothing but a farce exercise.”

On Wednesday, former JKPM member Sheila Rashid, who has quit electoral politics, said the Centre was currently looking for “new Bakshis to legitimise its recent actions”.

Ghulam Mohammad Bakshi had taken over as the state’s prime minister in 1953 after Sheikh Mohammad Abdullah was removed and jailed.

“Political leaders are being forced to contest elections only on the issue of restoration of statehood, and asked to keep quiet about Article 370 and bifurcation of the state!” she wrote. “Anyone who doesn’t comply will face incarceration.”