Arun Jaitley asked the CBI to show “professionalism” in its investigations into former ICICI CEO Chanda Kochhar and others, and warned it not to indulge in “adventurism.” 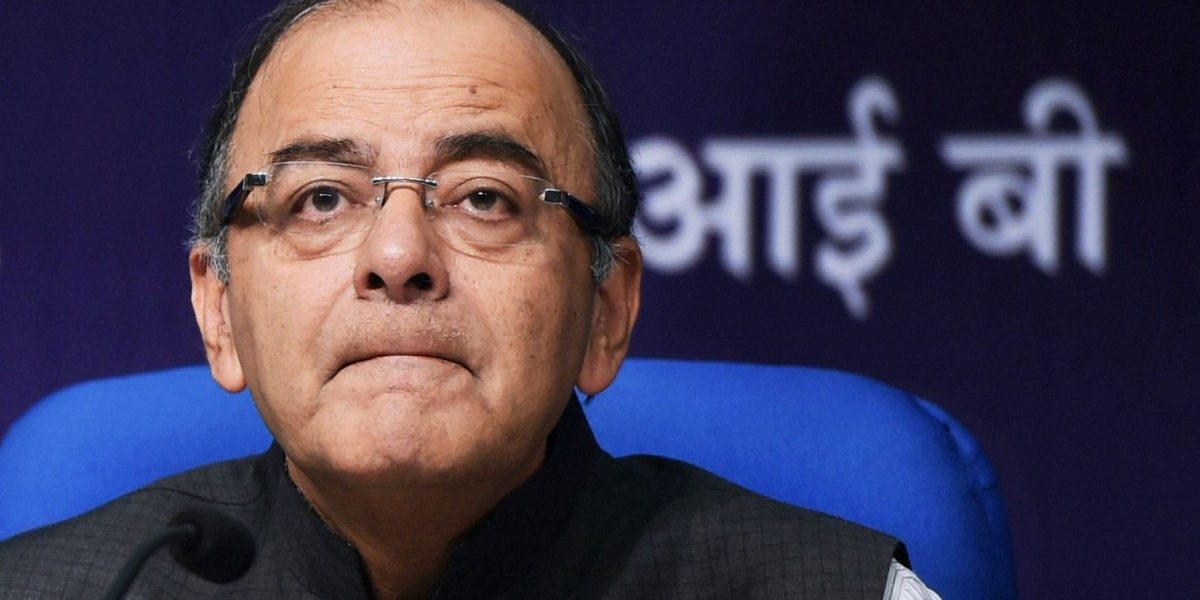 Arun Jaitley, currently minister without portfolio and till recently India’s finance minister, is one of the country’s foremost corporate lawyers. Sadly, despite his über legal skills, he has missed his vocation as an editor of a newspaper.

I think he has prodigious writing skills. Most editors would be unable to spin the way Jaitley does.

Marshalling all his skills, the Talented Mr Jaitley issued an unprecedented public warning to the Central Bureau of Investigation (CBI) via the Modi government’s favourite medium of communication – Twitter.

Jaitley asked the CBI to show “professionalism” in its investigations into former ICICI CEO Chanda Kochhar and others, and warned it not to indulge in “adventurism.”

CBI officials still reeling from the post-midnight coup carried out against former director Alok Verma were left wondering why Jaitley had to issue a public warning. Surely he had access to more secure modes of communication – email or even dictation to his officer on special duty, yet chose to go public.

The CBI does not even report to Jaitley in his avatar of finance minister, so why the shot across the bow?

Also read: Arun Jaitley’s Attempt to Influence CBI in ICICI Case Is Yet Another Low for Modi Govt

Now that the widely respected Justice Srikrishna has indicted Kochhar for violating ICICI’s rules, she’s been sacked and the bank is going to claw back all the bonuses given to her – a sum amounting to Rs 10 crore – along with back-stock options worth crores. So will Jaitley now call Justice Srikrishna an “adventurist” and deploy his favourite bon mot: “compulsive contratrian?”

And thereby hangs a tale. The Modi government has, in the space of four plus years, demolished all institutions in protecting billionaire cronies and vested interests.

When the CBI wanted to register a preliminary inquiry (PE) in the controversial Rafale deal, the director was sacked at midnight. After being reinstated by the Supreme Court, he was allowed to take over precisely for a day. This was the CBI, as publicly warned by the Modi government’s most powerful minister, indulging in “adventurism.”

But the same CBI, when it registered an inquiry and carried out raids against Samajwadi Party chief Akhilesh Yadav the same day he announced a game-changing alliance in Uttar Pradesh with Mayawati, was “professional.”

The CBI cases against Mayawati for assets disproportionate to income are revived periodically every time she makes a political move – such as just before the recent assembly elections in Madhya Pradesh and Chattisgarh.

Summons were issued to her brother and the CBI seems to be an ally of the BJP. According to Jaitley, the CBI in acting against all opposition leaders such as Rahul and Sonia Gandhi, Lalu Prasad Yadav and Arvind Kejriwal is “professional,” even when these so-called investigations are “guided” by Amit Shah through the prime minister’s office (PMO).

Yet when the CBI starts investigations into billionaire cronies in cases of over-invoicing, the inevitable call comes from the PMO and it is told to curb its “adventurism.”

Not content with the pliable self-described “caged parrot,” the PMO ensured that the controversial Rakesh Asthana was made special director to by-pass Verma and carry out their “instructions.” Asthana ended up being charged with corruption by his own agency.

Jaitley must think that Verma – the sacked CBI director – and all the officials investigating cases under him summarily transferred by the Modi government are “adventurists.” But when the CBI disregards mountains of evidence for illegal iron ore mining and exports against the Reddy brothers just before the Karnataka elections, it is seen as “professionalism” by the government’s managers. We can go on with many such examples of double standards.

The other agency which comes directly under Jaitley, the Enforcement Directorate, has a similar record under the Modi government. A controversial ED official ensured that the showpiece corruption case used by candidate Modi in his 2014 run – the 2G case – collapsed in court. The same official sent out a record number of Prevention of Money Laundering (PMLA) notices. The official was “professional” till the Modi government belatedly realised he was an “adventurist” and is now trying to suspend him from service.

When the ED wanted to charge-sheet several former officials along with former finance minister, P. Chidambaram, it was “professional.” But when the same ED asked to interrogate an editor of a leading paper for his links with arms dealer Sanjay Bhandari, Jaitley said “no” and gave a curt lecture on “professionalism.”

So, when it’s the BJP’s opponents, the agencies are told to mount a “professional attack,” but warned not to touch “cronies” because the “strong” government won’t tolerate “adventurism.” This is now the Gujarat model gone national.