The Evil of Banality

The absurd and ridiculous statements made by sundry Sanghis and ministers should not be laughed off because they eventually become policy. 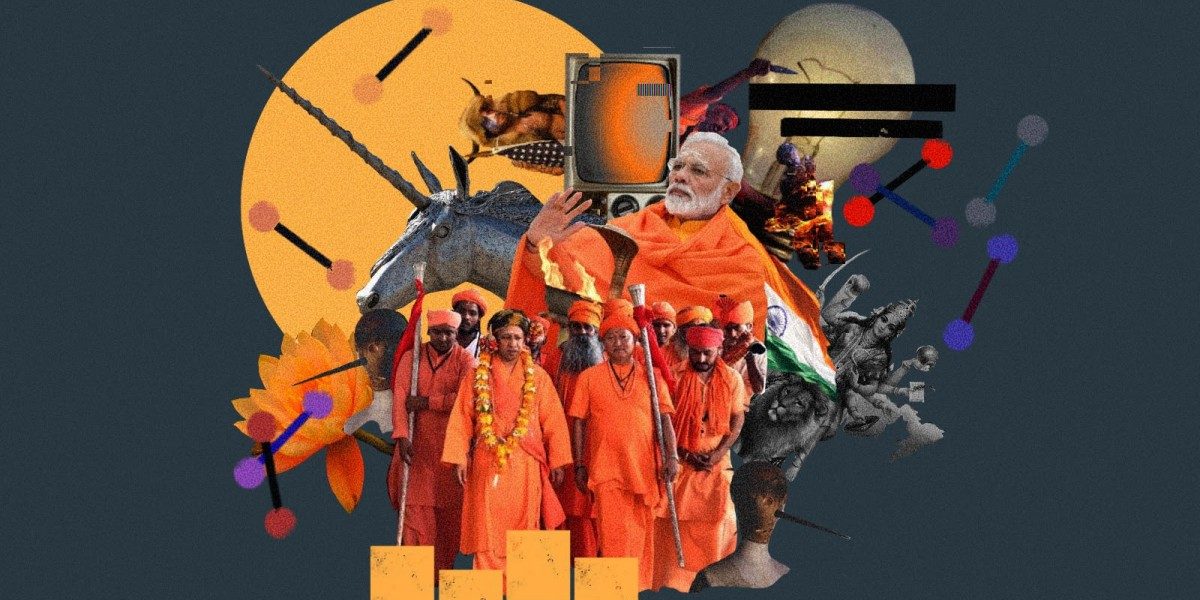 What a ridiculous people we have become. Here is a sample of the absurdities around us – a TV channel claims a dam that caused floods was breached in Assam by Muslim terrorists as part of a ‘Flood jihad’, other media persons tweeted it and Rahul Sagar, who runs the Bharatiya Janata Party’s (BJP) OBC social media too endorsed it. The government arrested four men, all Muslims in connection with the alleged breach.

The head of the Karnataka task force on National Education Policy, Madan Gopal, said that both proposed that an Apple falling on Newton’s head and the Pythagoras theorem were “fake news” – much of it was known to our scholars in the mythical past, i.e. the Hindus got there first. He found this information on Quora, so naturally it must be 100% true. The state government has now submitted a position paper on these lines to the Centre.

Meanwhile, the Lok Sabha secretariat has banned words such as ‘betrayed,’ ‘incompetent,’ ‘corrupt’ and ‘hypocrisy’ as unparliamentary. What is more shocking is that many people believe and agree with it. WhatsApp degree holders will calmly say they got a forward that proves these ‘historical claims’ are true. Vedic era scientific inventions are quite popular these days.

All this just in the last few days. The barrage of banality, stated or endorsed by government or party officials goes back much further – no less than 2014 when Prime Minister Narendra Modi told a gathering of scientists and doctors that the elephant head on Ganesha and Karna’s birth proved that genetic engineering and cosmetic surgery were being done in India many centuries ago. BJP MP Satyapal Singh, a former police commissioner of Mumbai, dismissed Darwin’s theories and said he was not a child of the apes. The superiority of urine therapy to treat diseases is of course a perennial subject for the Sangh parivar. And a BJP minister in Madhya Pradesh said earlier this year that Narendra Modi was the incarnation of Lord Ram.

Idiotic, one might say and laugh at them. A thousand memes have been made on these claims. But many of these statements become policy. And what sounds ridiculous soon becomes sinister. The stand-up comic Munawar Faruqui was arrested for a joke he didn’t crack, based on a complaint by the son of a BJP minister in Madhya Pradesh. And the continued communal rhetoric against Muslims has tragic consequences, sometimes beyond the community. And calls for economic boycott are accompanied by threats to ‘repeat Gujarat.’

In the 1930s, American writer Clara Leiser visited Germany several times to talk to family members of political prisoners. Along with the articles based on those talks, she also published a book, Lunacy Becomes Us, a compendium of silly and stupid statements by Nazi leaders, followers and supporters, including journalists.

The book opens with a quotation we may find familiar – ‘The Grace of God attends our Fuhrer’, by Julius Streicher, a member of the Reichstag and publisher of an anti-Semitic newspaper. Inside, there are some gems on subjects ranging from women’s duties to creating the master race. ‘Round up a thousand German girls of the purest stock. Isolate them in a camp. Then let them be joined by a hundred German men equally of the purest stock. If a hundred such camps were set up, you would have a hundred thousand thoroughbred children at one stroke,’ advises Dr Willibald Henschel. ‘Jesus was Aryan on both parents’ side,’ says a pamphlet. ‘Intellectual activity is a danger to the building of character,’ said the notorious Dr Goebbels.

As we know now, all this led to one of the most horrific periods of human history. The constant deification of Adolf Hitler and demonisation of Jews, intellectuals and others, led to the holocaust. India is not anywhere near gassing Muslims, as the Nazis did to Jews, but long before that happened a systematic campaign against them – shutting down their businesses and enacting anti-Jew laws – had ensured that when the concentration camps were set up and the emaciated victims were taken to the chambers, they had been turned into villains for whom no one had any sympathy.

Today, in India, the perception that Muslims are ‘anti-nationals’ and ‘traitors’, has spread far and wide. Not just the hardcore Sangh followers, who have been brainwashed for years, but also the Neo-converts – urban, educated and privileged – have bought into it. Their communal itch has been scratched and they are never going to raise their voices; they are ready to shrug away the fake historical claims of the Sangh parivar because their darkest prejudices, long hidden, are now being given free expression.

In any democracy these purveyors of hate and suspected killers would be swiftly arrested; here they are given a free hand and even felicitated. This impunity is not accidental; they are tacitly supported because they say the unsayable, however illegal, shocking it may be. Yogi Adityanath has gone far beyond Narendra Modi in this regard but there are many things that even he cannot say or do – that is left to the ‘fringe elements’. Occasionally, they go far and the state steps in to show it won’t tolerate it, as when Yati Narasinganand Giri gave calls for a genocide of Muslims. For the most part, it looks away.

The rhetoric and violence against minorities are accompanied by the laws the state enacts against them. The once independent institutions offer the legal backing, the genuflecting media ensure that the wider public gets the message that Muslims are Enemy No 1. The line between ridiculous and evil then becomes very thin and eventually vanishes. And naysayers then become the enemy.